At DU, we believe in the power of human connection and creating space to grow together. We also recognize that our fast-paced world does not always allow us time to slow down and engage in meaningful ways. To that end, we invite you to take a break in your day and join us in getting to know some incredible new leaders in the DU community.

In C+V’s upcoming Community Leadership Conversation, Provost Mary Clark will moderate a conversation with Dr. Michelle Knight-Manuel, Dean of the Morgridge College of Education, and Dr. Torrey Wilson, Dean of the Graduate School of Professional Psychology. They will share their passions, their journey to the University of Denver, and what makes them who they are.

For instance, did you know that Dean Wilson is a New Orleanian for life despite having lived away longer than there? He loves the culture, the food, the vibe/music. It's also important for him to put family first.

And Dean Knight-Manuel grew up in the city, Williamsport, Pennsylvania, of the Little League World Series. Her undergraduate major was French, and it has opened worlds of possibilities for her.

Join C+V for an authentic conversation with some incredible leaders and catalysts for change on DU's campus!

Learn more about the panelists below

Register for the talk today! 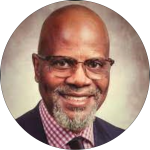