“The key to creating or transforming community, then, is to see the power in the small but important elements of being with others.”
― Peter Block, Community: The Structure of Belonging

We know at DU that we like to bring our whole selves to the community, and it’s hard to find time to slow down during these chaotic times and connect with people in the DU community. So in our second C+V Community Leadership Conversation, we want to make space for two amazing people, DU VC for MarComms Renea Morris and DU SVC for Advancement Val Otten.

Both of these leaders do so much for the DU community, and we are excited to invite you to join us for our first C+V Community Leadership Conversation with Val and Renea.

For instance, did you know:

Through this conversation, we want to learn even more about “what makes them, them!” We will create an authentic space to get to know about their experiences, what they love about being a part of the DU community, and ways in which they think we can create a greater sense of belonging for all at DU.

*Please note, this webinar is taking the place of our March 25th webinar due to Spring Break. There will be no webinar on Thurs., 3/25.

* Attendees can pre-register for the event via this "Join Now" link by filling out the Zoom registration page. You will then receive a reminder email an hour before the event. 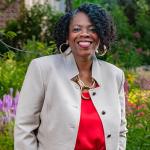 Renea Morris joined the University of Denver in the summer of 2019 and serves as the vice chancellor for marketing and communications. She is responsible for leading the strategy for developing a cohesive brand narrative that boosts enrollment and enhances the visibility of the University. With more than 25 years of marketing and communications experience, she has worked in the private sector and in public higher education. She most recently served as chief marketing officer at Ohio University. Renea and her husband are empty nesters, with four adult children and several grandchildren. 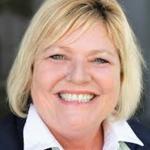 Val Otten joined the University of Denver as the senior vice chancellor for advancement on March 30, 2020. Val has over 25 years of experience as an advancement professional. She has demonstrated achievements in fundraising results and a solid track record in leading highly productive teams. For the past 10 years, Val served as a senior advancement executive for the California Institute of Technology (Caltech), and previously, for the University of California, Santa Barbara, the Natural History Museum of Los Angeles County, ArtCenter College of Design, and the National Right to Work Legal Defense Foundation. She holds an MA in public communications from American University, and a BA in communications from Virginia Polytechnic Institute and State University.

In Val's most recent role as associate vice president for development at Caltech, she developed and led a strong and diverse team of professionals who carried out the Institute’s $2 billion Break Through campaign while fostering a culture of innovation, creativity, collaboration, teamwork and accountability. In partnership with the president, academic leadership and the vice president for advancement and alumni relations, she developed long-term relationships and solicited principal and transformational gifts in support of Caltech's highest priorities. This included helping to secure six gifts of more than $100 million including a $750 million commitment in support of renewable energy and sustainability.

In her current role at the University of Denver, Val oversees development, advancement operations and global networks. She is responsible for developing and strategically growing the advancement organization, including recruiting and retaining exceptional advancement staff as we move toward the public launch of our next comprehensive campaign. An accomplished and experienced fundraiser, Val is building strong, sincere, and lasting relationships with the University’s alumni, staff, faculty, parents and friends and is partnering closely with the chancellor, deans and university leadership as we garner resources to support University priorities. 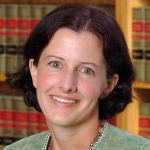 Mary Clark, Provost & Executive Vice Chancellor, comes to DU from American University in Washington, D.C., where she has most recently been serving as deputy provost and dean of faculty. Mary previously served as dean of academic affairs and senior vice provost for four years before serving as interim provost from July 2018–January 2019. In these senior leadership roles, Mary has overseen American University’s Study Abroad Programs, Career Center, International Accelerator Program and Center on Teaching, Research and Learning. She also has led the implementation of strategic planning goals related to teaching and learning, inclusive pedagogy, experiential education, interdisciplinary education and the scholar-teacher ideal.