C+V Community Talk in Partnership with Heritage Months: A Much-Needed Call to Action from the Native American Community at DU

The University of Denver has begun to make space to uplift the Native American and Indigenous community. Recently, strides have been made, including a Sand Creek Massacre Memorial site on campus, an increase in Native-identifying undergraduate enrollment, and a plan to raise flags for the Cheyenne, Arapaho and Ute in the Community Commons. Though there have been strides toward improvement, there is still much room to grow.

To represent a cohesive perspective into DU’s Indigenous community, this panel will share input ranging from the undergraduate to staff lens. Join us in critical conversation to hear how DU can further support its Native American and Indigenous community through varying initiatives, policies and practices. 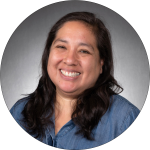 Angela Parker is an assistant professor of History at the University of Denver. She is Mandan and Hidatsa from the Fort Berthold Indian Reservation in North Dakota, and Cree from the Rocky Boy Reservation in Montana. Her research focuses on 20th-century Native history, particularly the genealogy of tribal sovereignty claims, oil extraction and activism in Indigenous communities; the interplay of place/space and community identity; and photographic representations of Native Americans. 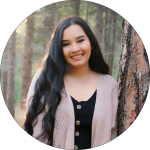 Jaylee is an enrolled member of the Standing Rock Sioux Tribe. She is currently a third year undergraduate student at the University of Denver studying biology and psychology, with a minor in chemistry. With aspirations of attending medical school and becoming a physician, Jaylee hopes to one day return back to her home community and use her experiences to help improve the overall health of her people, specifically working with Indigenous youth.

Outside of the classroom, Jaylee loves staying involved in her Lakota culture. From powwow dancing to traditional ceremonies, Jaylee is determined to preserve her culture as a way to honor her ancestors who came before her. She also enjoys participating in cultural presentations to share the beauty and resiliency of her Native American heritage. Wherever she is, she always embraces and stays aligned with her Native identity. 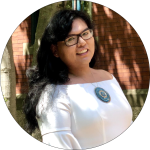 A Diné scholar born and raised within the Navajo Nation, Charlie reflects, analyzes, and critiques what it means to be a Diné in the 21st century on her personal blog, dineaesthetics@gmail.com, while inspiring joy and justice to thousands on Instagram and TikTok. 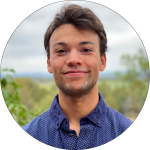 Johnny is Southern Ute and a mix of Jemez, Zuni, and Picuris Pueblo. Johnny also a descendant of a freed slave named John Taylor who fought as a Buffalo Soldier and served as an interpreter for the Utes. His heritage is an immense part of his curiosity and has fueled his intent to study issues on reservations and policy solutions. His Indigeneity has motivated him to find ways to connect all Indigenous peoples and to help develop mutual support networks. His Blackness has also stimulated his intent to create policy and research that has intersectional awareness.

Panucwasud has worked as a leader, teacher and representative in diversity, equity, and inclusion spaces at Willamette University and the University of Denver. He is currently the Programming Assistant for Native American & Indigenous Initiatives at DU.