What skills do sport coaches need? 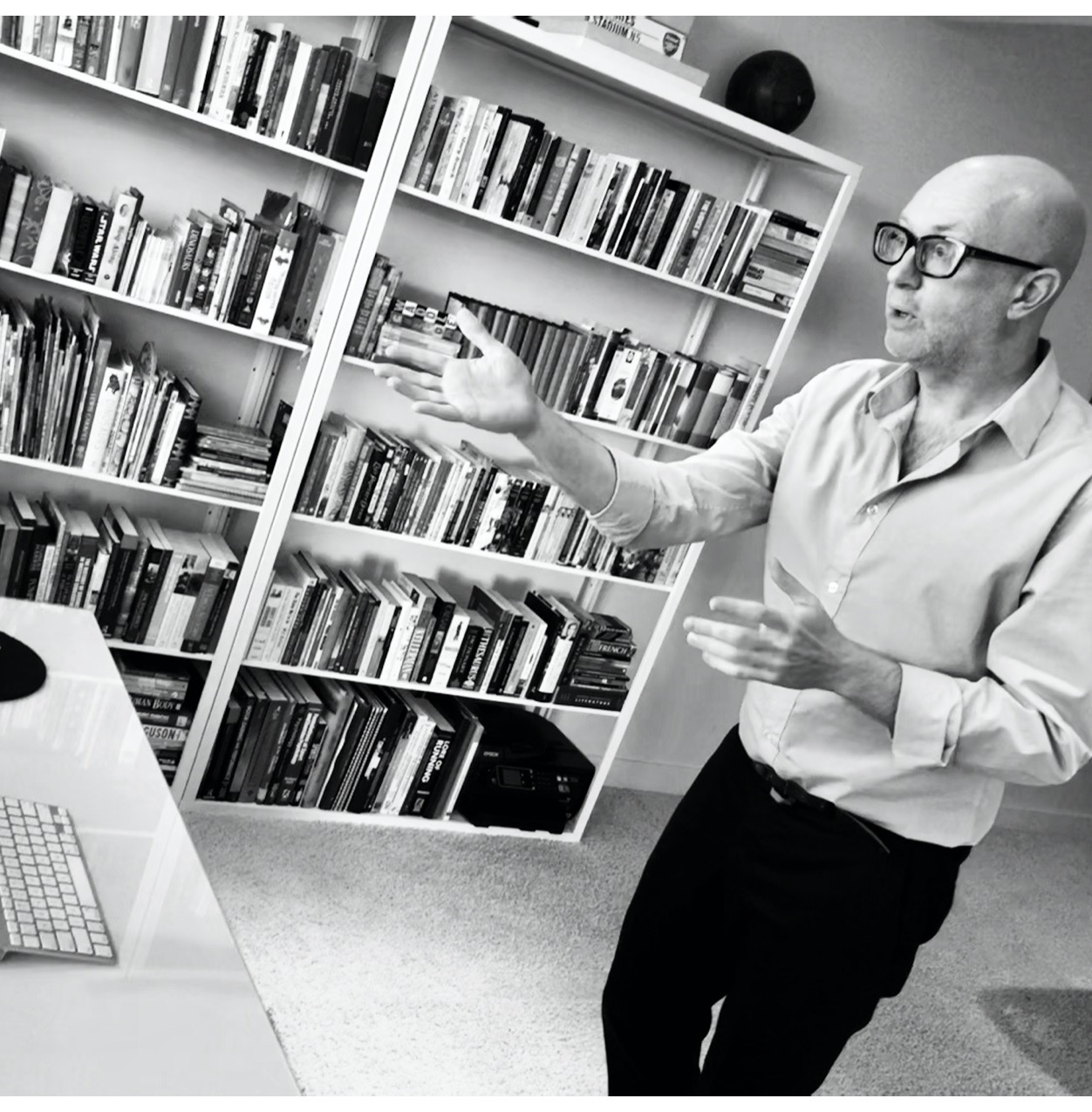 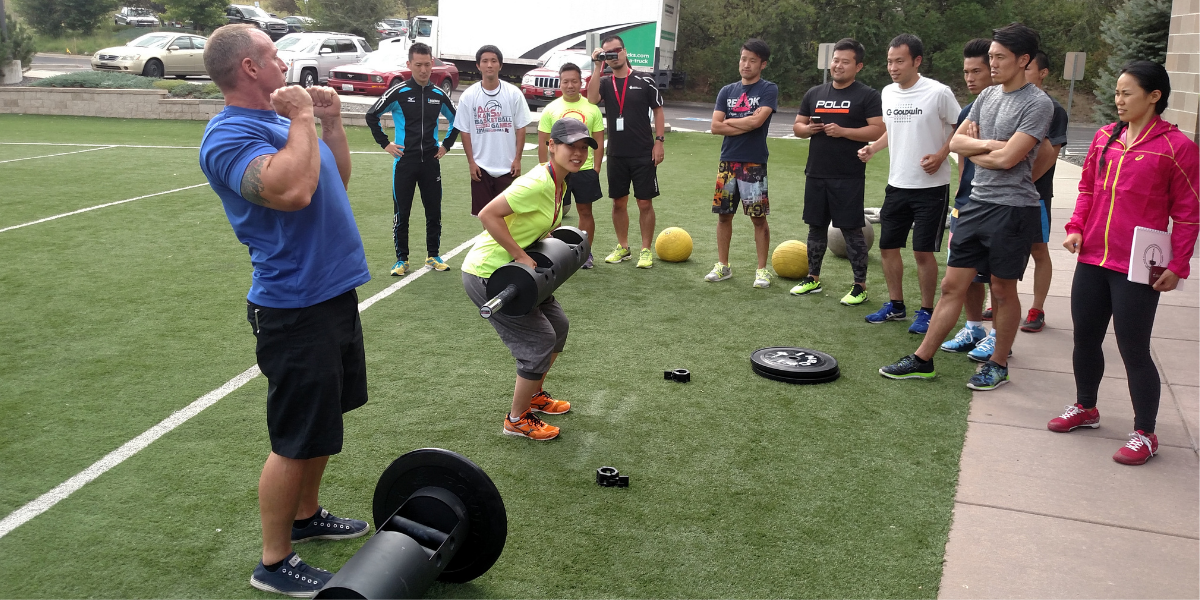 DU Sport Coaching alum, Scott Caulfield, working with a group of coaches from NSCA Japan during the annual mentorship week at the NSCA Headquarters in Colorado Springs.

One thing has become increasingly clear in the sport world: coaches are important. It seems impossible for an athlete, or anyone, to develop their full potential without a good coach. We see this in movies (any of the Star Wars collection, for example) or even cartoons such as Kung-fu Panda. In all of these instances, you’ll see that coaches, or, "wise people who develop younger ambitious people," are essential for these individuals to perform.

Within this list, sport is the area most of us associate most strongly with coaching. Professional sport teams without coaches don’t exist, and it’s extremely hard to think of any world-leading athlete who hasn’t had a coach at some point. In our sedentary world where physical inactivity is the fourth biggest killer of people, and sport is seen as an increasingly important physical activity to maintain health and wellbeing, coaches are more than important. They are critical.

What skills then, do coaches need to develop happy, healthy, high-performing athletes who stay in sport? What skills separate the best coaches from the rest?

As a result of sport’s popularity, most of us already have a strong sense of the skills coaches need. In the movies, coaches are typically wise, old, demanding, all-knowing, and I’m sad to note, typically white and male. In today’s sports media and among the major sports commentators, we find more of the same.

With ever-increasing pressure to win, coaches are expected to be “all-knowing” and “highly demanding” with the ability to inspire, be hyper serious, show passion, and shout a lot.

In both instances, the people who are more “all-knowing” than others are thought to be the ones that have “been there and done it” themselves. In sport, this means the athletes who have won the most. Their superior technical playing skills are seen as offering deeper insights as to how others can become skilled like them.

Of course, society’s popular beliefs about coaches’ skills hold some value. Many world-leading coaches and athletes, who haven’t studied coaching academically, hold these beliefs and opinions too, and of course, they can still be hugely successful.

Deeper, rigorous, and systematic scientific examinations (known as academic study) however, show that rarely are these beliefs as effective as we assume. As one unfortunate consequence of these limited beliefs, many potentially wonderful coaches hold themselves back, and indeed are held back by others because of the ill-judged belief that they don't have "good enough" playing skills.

So, if you worry that you can’t be a good coach because you didn’t reach the right athletic standard or you don’t play the sport you coach: don’t. You can!

Coaches guide other people to perform exceptionally complex athletic skills to undreamt levels (always in relation to others). Great athletes can still make great coaches of course, but coaching requires far more than teaching technical skills. In reality, the best athletes aren’t necessarily the best coaches, and coaches shouldn’t let their own personal skill level hold them back.

Even great coaches don’t know all the answers.

I would argue that the most understated yet important coaching skill of all is this:

Understanding that coaching is an incredibly complex, messy, and contextual activity that should grow and evolve with each athlete, team, and scenario.

This concept moves coaches from the “all-knowing” place they thought they needed to be, to a place of, “Wow, there is so much I don’t know, and that’s ok.”

This may seem a subtle change, but it’s quite powerful. No one knows everything, and coaches who believe they have to be “all-knowing” also have to convey an illusion that they know it all already. These coaches are often defensive and far less likely to engage with new information. This rigidity and fixed opinion gives them no capacity to change, which is worrying, because change is constant.

The “I-wonder-what-else” coach, in contrast, recognizes what worked for one athlete, is unlikely to work for another, because contexts change. It’s necessary to look far beyond the obvious, and way below the surface. This type of coach is open to an incredibly rich journey of new knowledge from all manner of sources. And even though many coaches state they are this type, it’s shocking how coaching research consistently finds that coaching knowledge stays the same.

See what we teach to coaching students at DU by visiting our program's webpage.

Identifying the skills sports coaches need has been the subject of academic scholarship for fifty years. Early studies were on the most successful (winning) coaches like John Wooden, the iconic basketball coach.

As pressures to win increased, coaching research focussed on planning skills to build sport into a more controlled process. Coaches were then required to learn a whole series of systematic coaching skills, or traits rather, which included the following:

Helping coaches with their systematic endeavors, was the understated skill to consume and simplify volumes of information (gathered from many sciences and latest technologies) applied in every facet of an athlete’s life. Decisions around how to coach an athlete could then be as accurate and precise as possible, because in sport, nothing should be left to chance.

Every coach knows, however, that sport takes place in the real world, and not in a laboratory. This means they need to bend these sciences and technologies accordingly. So, it became common for high-performing coaches to consider their advanced coaching skills as “part-scientist/part-artist”.

Now, all these academic coaching skills are of course important. However, as all sciences do, when more scientific studies are done, more problems are found, and the sciences move on in ways that overcome those problems.

Here's the bottom line: Athletes are humans working together with other humans in the everyday real-world. They are not robots in a lab.

Athletes change, society evolves, and the culture of sport shifts. The struggle continues to explain these “working together everyday real-world spaces.”  Therefore, the field of coaching is worthy of continued education and research.

Even with the best of intentions, problems still exist. Consider the following issues:

Coaching in 2021: what skills do coaches need today?

Let’s look at a far deeper, more nuanced, and critical (looking beyond the obvious) coach skillset:

If coaches can motivate athletes to tolerate pain and push through brick walls, they should be willing to feel just as uncomfortable (intellectually) pushing their knowledge equally hard. This means we can justify guiding coaches to challenge long-held knowledge and practices. As Socrates noted, the “unexamined” life, was not worth living. Are you up for that challenge, or do you want to leave your head in the sand?

The list of key coaching skills should never stop growing!

There are only a handful of coaching scholars who use these theories. Individually placed at different universities, each of these scholars impact parts of the coaching programs they teach in. In the DU Sport Coaching program, however, we are fortunate that all three faculty, Dr's Gearity, Kuklick and myself (Mills), are scholars in this theoretical field. This enables us to collaborate consistently across all the subjects, hence the program’s focus on combining learning with actionable research in students’ own communities.

As a result, the DU Sport Coaching program is always identifying more coaching skills to add to the ever-growing list. In fact, we have an article currently under review in which we have identified a new series of key coaching skills. So stay tuned, because no doubt next year, we’ll have identified more, and will have to re-write this article!

Dr. Mills teaches a variety of courses in the Master of Arts in Sport Coaching program at the University of Denver. He is an accredited Sports Psychologist and a Chartered Sport Scientist with the British Association of Sports and Exercise Sciences (BASES), with a PhD in High Performance Coach Education from the University of Alberta. His research is focussed on using social theoretically-informed coach learning and development strategies as a sport science by revealing important issues coaches and sport scientists typically do not see, or take for granted.

Want to know what we teach to coaching students at DU?

Find Us On Social Media!

How can coaches influence players and motivate athletes?

What can you do with a sport coaching degree?