As the world watched Afghanistan swiftly fall to Taliban control, American and Allied Veterans, Service members and their families experienced a wide range of feelings, emotions, and reactions. 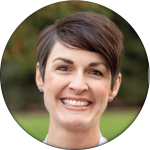 Dr. Erica Adkins is the Faculty Director of the Military Psychology concentration in the Clinical Psychology Doctoral Program at the University of Denver Graduate School of Professional Psychology. She is an OIF/OSS veteran and a CPT in the US Army Reserve Combat Operation Stress Control Unit. 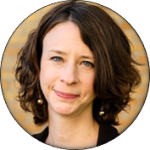 Dr. Katy Barrs completed her doctorate in clinical psychology at the University of Denver's Graduate School of Professional Psychology in 2007. She now serves as an Associate Clinical Professor in DU’s Military Psychology specialty and is the Clinic Director of the Sturm Center. Dr. Barrs has worked with Veterans, Service members and their families at the Minneapolis V.A. Medical Center, the Boston V.A. Healthcare System, and the Denver Vet Center where she served in the role of Military Sexual Trauma Treatment Coordinator.

She has been featured in the documentary Acronym, a timely expose about the nature of PTSD from combat. Dr. Barrs is also the 2016 recipient of the American Psychological Association's Society for Military Psychology (Division 19) Arthur W. Melton Early Achievement Award. She also won VFW Post 1 Civilian of the Year award in 2019.  She feels honored to give back to those who have served the United States.

Meghan grew up in Virginia and attended James Madison University on an Army ROTC scholarship. After graduation, she served in the Army from 2010-2018 and deployed to Afghanistan in support of Operation Enduring Freedom. After her service, Meghan completed her master's degree in sport and performance psychology at the University of Denver. She is currently a 2nd year doctoral student in clinical psychology at the University of Denver and is working with veterans at the Sturm Center. 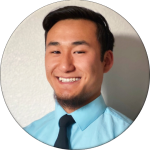 George grew up in Mongolia and then immigrated to the US. He joined the Army in 2015 and ETS’d (expiration - term of service) in 2019. George is currently a Finance major at DU. He also enjoys playing rugby for the DU rugby team.

Anne Munch, Esq. Anne Munch attended University of Denver for her undergraduate degree in psychology and sociology and her law degree. Anne spent thirteen years as a prosecutor in Colorado specializing in crimes of interpersonal violence. Anne also worked in the advocacy field as the director of the San Miguel Resource Center in Telluride, CO and directed the state-wide Colorado Ending Violence Against Women Project.

As the president of Anne Munch Consulting, Inc. she provides speaking, training and consulting services to local, national and military and educational organizations across the United States, Asia and Europe. Anne trains criminal and military justice professionals in the investigation, prosecution and response to crimes of sexual assault and other forms of interpersonal violence. She co-developed the first Bystander Intervention program for the US Air Force as well as the Sexual Assault Special Victims Unit Investigations Course for the US Army. 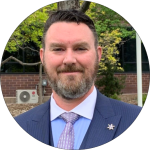 Paul served 23 years in the Marine Corps and has deployed to combat zones such as Bosnia, Kosovo, Iraq and Afghanistan. He has performed duties in the following capacities: infantry, humanitarian assistance, and targeting. 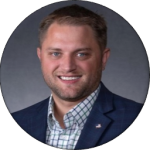 Damon M. Vine is a United States Navy Veteran of eight years. During his time in the Navy, Damon deployed to the Persian Gulf on the USS Theodore Roosevelt (CVN-71), as well as, to Operation Iraqi Freedom and Operation Enduring Freedom in Afghanistan with Naval Special Warfare Group II. After his service, Damon enrolled at Tidewater Community College (TCC) as a student and began working in the Center for Military and Veterans Education (CMVE) as an instructor for the Communications Connectivity Technology Academy (CCTA). Damon then assumed the role of Program Coordinator and managed four high visibility programs within the CMVE’s Military Contract Programs Office.

While working at the CMVE, Damon was accepted and completed his BA from Virginia Wesleyan College in Norfolk, VA. Damon began his work at DU as the coordinator of Veterans Services and served as the director of Veterans Services in 2018. In this role, he oversees the complete veteran experience, from matriculation through alumni relations. He also completed his master's degree in Research Methods and Statistics in 2021 from the Morgridge College of Education.