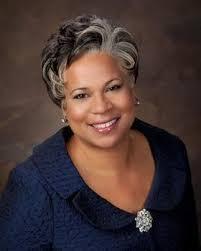 Denver native and DU law school graduate Stephanie O’Malley joined the University of Denver team in March 2020.  Prior to coming to DU, she served sixteen years in Denver’s municipal government as a cabinet official in the administration of Denver Mayor Michael B. Hancock and as an appointee in the administration of former Mayor John Hickenlooper.  Stephanie additionally held a role in Denver as an elected official, serving as Denver’s first elected Clerk and Recorder from 2007-2011.

Graduate student Fatima Rezaie has been with the University of Denver since 2011. Prior to joining the University as a staff member, Fatima was an undergraduate student on campus, pursuing a BA in International Relations and Psychology. As a project manager with the Office of Institutional Partnerships, she was responsible for supporting and managing the implementation of the Campus Framework Plan, a roadmap for DU’s built environment for the next 20 years. Currently, Fatima provides support to the Office of Government Relations and Community Affairs.