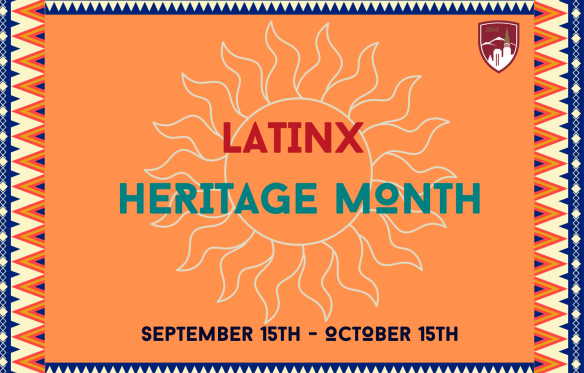 The University of Denver is home to a diverse population of students, faculty, and staff. Even as we continue to grow our commitments to diversity, equity, and inclusion, we wanted to take a moment to recognize the contributions of our Latinx community as we commemorate Latinx heritage this month.

Latinx Heritage Month is celebrated from September 15 to October 15 in the United States as a way of recognizing the contributions of those who have ancestral ties to South and Central America, Mexico, and the Caribbean. These days are significant to the Latinx community as they honor anniversaries of independence from European colonial rule for many of these nations.

Hispanic Heritage week, as it was previously known, was first celebrated in 1968 under President Lyndon Johnson and was extended to a month-long event under President Ronald Reagan in 1988. The term Latino/a was adopted as a more inclusive term to represent the broader array of ancestral ties rather than the term “Hispanic,” which represented, for many, an undue emphasis on Spanish and other European ancestry and erased the importance of African and indigenous identities, cultures and traditions central to the majority of peoples in South and Central Americas, Mexico, and the Caribbean. We at DU embrace the term Latinx to include all those who identify outside the gender binary denoted by the term Latino (male) or Latina (female).

Be it the invention of the early color television by Guillermo Camarena or the artistry of Lin-Manuel Miranda and Tarsila do Amaral; the athleticism of Albert Pujols and Laurie Hernandez or the profound prose of Isabelle Allende; the legal mind of Sonia Sotomayor or the deep dedication to the United States of Maria Dolores Hernandez; the transformative activism of Sylvia Rivera and Rodolfo “Corky” Gonzalez—the contributions of Latinx people to science, art, sports, politics and our collective American culture is vast. We have all been touched by this culture with a rich history, a substantial impact, and an indomitable future.

Beginning today, September 15, we invite the DU community to uplift our Latinx community by engaging in opportunities to celebrate, learn, honor, and grow. Be on the lookout for more information about those Latinx scholars, thinkers, and practitioners amongst us as we celebrate their work and their contributions to life at DU.

The Office of Diversity, Equity, and Inclusion, the Latinx Center, Human Resources and Inclusive Community, and the Cultural Center encourage you to take advantage of this time to engage and learn more about Latinx history and revel in their present and future here at DU and beyond.

Deb Ortega, director of the Latinx Center of the University of Denver

Join us in Celebrating Latinx Heritage Month with Kali Fajardo-Anstine

Join us for a discussion and Q&A with Kali Fajardo-Anstine, author of Sabrina and Corina. The book, which was a finalist for the 2019 National Book Award, features unforgettable Indigenous Latina characters who navigate change, love, family, and heritage in Denver and the American West.