In 2017, DU professor Katherine Crowe ushered in this idea of remembering DU’s omitted Black alumnae by constructing a comprehensive study of the famous Black women who attended the university starting at 1900 and ending around 1945. Through studying yearbooks, archives, and the historical black Denver newspaper, “The Colorado Statesman,” Crowe and her associates sought to trace these women and their stories. The project eventually culminated in the 2018 Anderson Academic Commons exhibition entitled, “Seeking Grace.” Crowe worked on the exhibit with DU’s Sistah Network, a group of DU Black women graduate students working to support African American females at the university.

*Please note that this page will grow and evolve as we continue to locate the archives of our past Black alumni and alumnae.

The title of the exhibit serves as a nod to the first black woman to receive a four-year bachelor’s degree from DU, Grace Mabel Andrews. Graduated in 1908, Andrews made history and blazed a path for black women and men to seek out a college education at the predominately white DU. Andrews majored in Latin with minors in French and economics and eventually went on to teach in Tulsa and Kansas City.The Colorado Statesman documented her historic graduation in Denver, writing, “Miss Mable [sic] Andrews received the degree of B.A. from Denver University, Wednesday night. She is the first Colored girl of our city to receive this degree. We are very proud of Miss Andrews and feel that the honor conferred upon her reflects credit upon all of our people in Denver.”

“Seeking Grace” also outlined the lives of countless other Black women to make history at DU. Though the exhibit is not on display anymore, the report from Crowe can still be found online.

Since 1945, a number of other groundbreaking Black alumni have made history at DU. Condoleezza “Condi” Rice, a bachelor’s and PhD degree recipient from DU, served as the 66th Secretary of State from 2005-2009 under President George W. Bush. Rice transcended United States history as the first ever black female Secretary of State and second African American secretary ever since Colin Powell.

During her time at DU, Rice initially enrolled as a music major until her passion for international studies sparked when she took a class from Josef Korbel, whom the school of international studies at DU is now named after. Korbel, the father of Madeline Albright – the only female Secretary of State, predecessor to Rice – was a major inspiration for Rice in her time at DU. 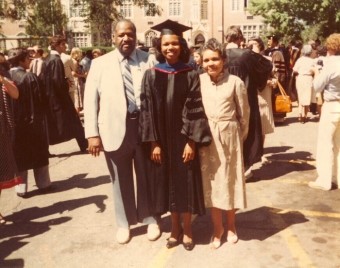 Also in government, DU graduate George Leslie Brown was a Tuskegee Airman, editor for the Denver Post and was one of the first black members of the Colorado House of Representatives. Throughout Brown’s illustrious and lengthy career, the politician and writer helped further the cause of African Americans in Colorado.

After serving in the Air Force as a Tuskegee Airman, Brown pursued journalism and moved to Denver upon receiving a job at The Denver Post. Brown reshaped the journalism industry by becoming the first Black editor at a major Colorado newspaper, and he eventually went on to teach and do graduate work at DU.

However, Brown arguably shook-up Colorado the most in politics. In 1956, he was elected to the Colorado Senate, making him the first Black citizen to be in this position. He then was elected to five consecutive state Senate terms. Continuing in politics, Brown also became Colorado’s first black lieutenant governor in 1974 of the 20th century.

DU also hosted legendary comedian Sinbad, born David Atkins, from 1974-1978. Though he was not pursuing humor as a career during his time in Denver, Sinbad played for the DU basketball team and then served in the Air Force after graduating. After performing impromptu comedy routines in the military, Sinbad jumped into the entertainment industry, eventually accruing widespread fame through TV shows “A Different World” and “The Sinbad Show.” He also starred in popular movies like “Necessary Roughness,” “Jingle All the Way” and “Houseguest.”

Highlighting some of the First Black Alumnae

*Please note that this page will grow and evolve as we continue to locate the archives of our past Black alumni and alumnae.

The DU Special Collections and Archives and the Sistah Network worked in collaboration on the “Seeking Grace” project to lift up Black womxn’s lived experiences and epistemologies, as to create a more just and equitable university. 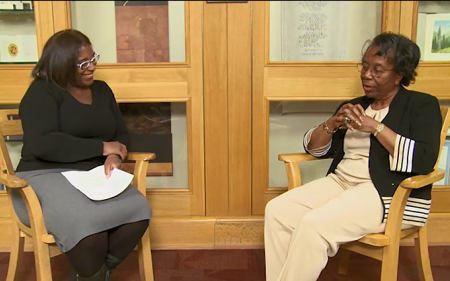 The University of Denver did not capture racial or ethnicity information on its students until the 1990s, which made the process for identifying early Black alumnae a challenge. Initially, the University Archives partnered with DU’s Sistah Network to identify students based on photographs present in the student yearbooks. We realized that assessment of racial and ethnic identity based solely on photographic evidence was flawed and problematic, and so decided to cross-reference our results with the decennial U.S. census, which gave us another source of evidence, but presented similar challenges.

In the summer of 2017, the Curator of Special Collections and Archives decided to review all issues of the Colorado Statesman from 1900-1945, Denver’s primary Black newspaper in search of community-identified alumnae. While time-consuming, this solved two methodological issues. First, it was a community-based source of information, meaning all identifications of race and ethnicity were made by the community members (or at least those on the Statesman editorial staff). Second, given community emphasis on education as a form of “racial uplift,” the Statesman’s coverage of Black students’ educational achievements in Denver, from high school graduation through college, was thorough and consistent.

Highlighting some of the First Black Athletes 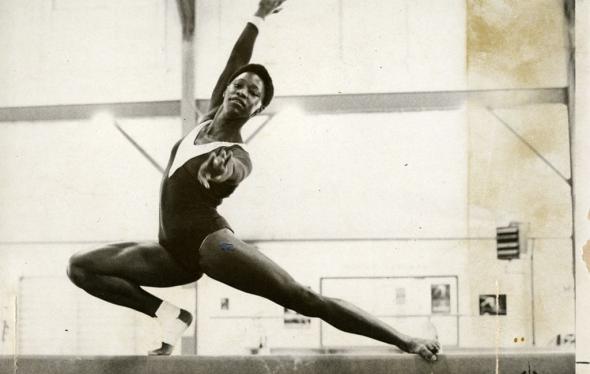 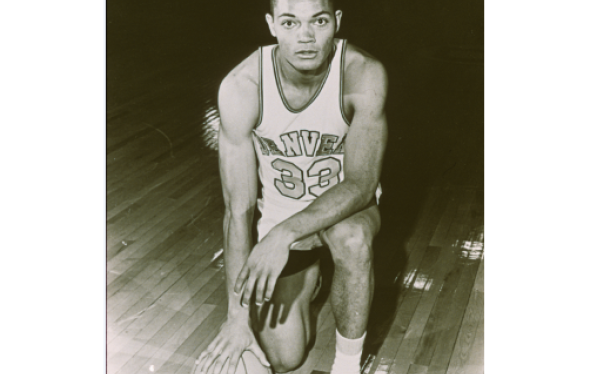 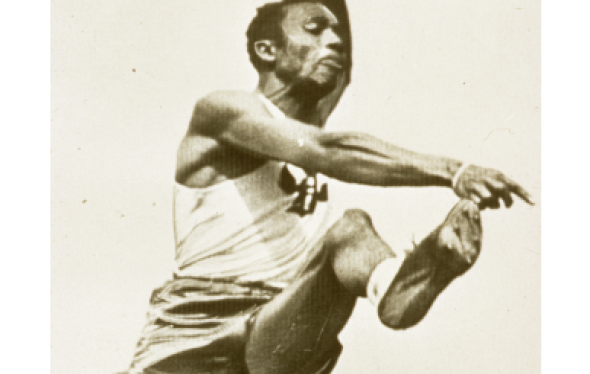 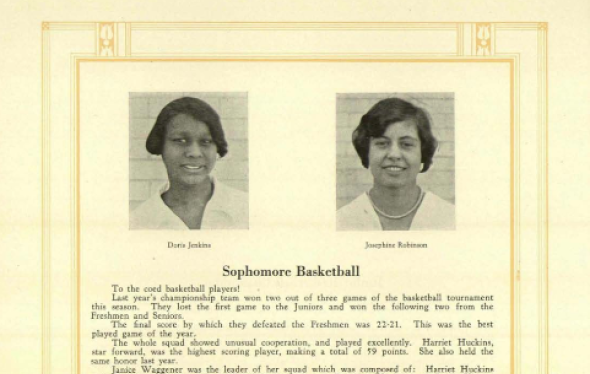 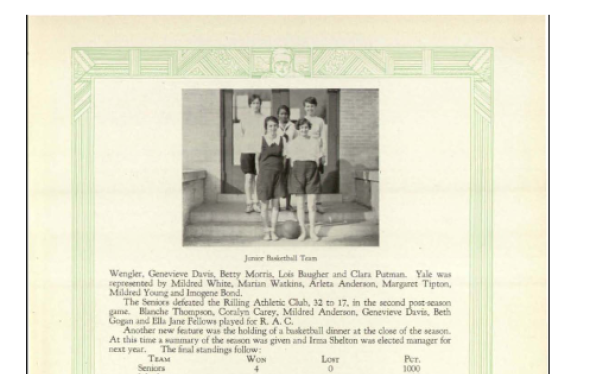 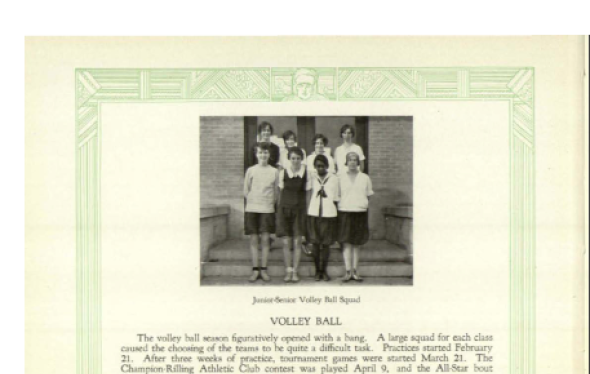 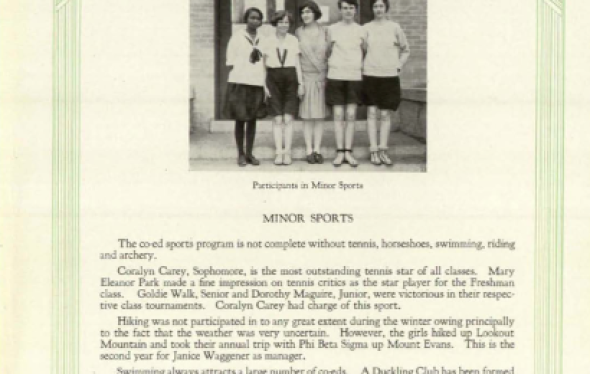