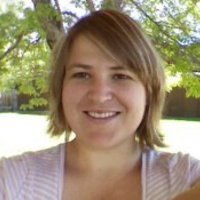 Cayenna Johnson is a 2012 graduate of the Conflict Resolution Institute. She currently works at the African Community Center, an organization that helps refugees rebuild safe, sustainable lives in Denver. She holds a new position created by the state that works specifically with segments of the refugee population that have difficulty integrating into the community. These are people who generally have no children, do not speak fluent English, and who may have psychological or physical traumas that prevent them from successfully resettling.

Although on the surface this job resembles case-management, Johnson's conflict resolution skills are put to use every day. She works with "people who have trauma, who don't trust, who are in a crisis," she said.

As a result, Johnson continually takes great care during her time talking and working with this population. Her work allows her to use mediation and negotiation skills honed at DU to build relationships with her clients. The tools that she gained in Bob Melvin's Negotiation class continue to support her work, especially the concept of the conflict resolution spectrum. In this model, persuasion is used first, followed by negotiation, mediation, and arbitration.

Another facet of Johnson's position is grant writing and program development. She has recently assisted in the development of an interactive problem-solving workshop. This focuses on domestic violence issues within the local Ethiopian community. Johnson explained that often, small communities have a tendency to self-protect and have shunned anyone who reports cases of domestic violence or child abuse. The workshop is designed to assist these communities in developing the capacity to address these issues interactively. In order to be effective at her job, Johnson constantly asks herself: "How can we do interventions that reduce conflict, reduce the behaviors that are a product of the trauma and lack of community, and then work to build community?"

Johnson's interest in the field of Conflict Resolution developed as a result of her previous work with refugees. From 2005-2007 she was a case manager/program coordinator for the African Community Center. During her time there, she saw firsthand how trauma can be a source of conflict. Johnson also saw how case managers and service providers working with these vulnerable populations can become overburdened and traumatized themselves. This experience deeply influenced her perspective on the practice of conflict resolution throughout her studies, and led her to want to get involved on a deeper level.

As student at DU, Johnson interned at the Victim Offender Reconciliation Program of Denver (VORP), where she worked with youth as a Restorative Justice facilitator. Following her graduation, she was hired on full time to do program development work and to assist with grant writing. Johnson was initially drawn to Restorative Justice for personal reasons: her father was arrested when she was young, and she intuitively recognized the need for alternative forms of reconciliation. While working at VORP, Johnson also founded a startup called The Butterfly Effect. This organization focuses on community-supported restorative justice for adults, and partners with people who have a vested interest but little formal background in conflict resolution.

All of her experience in the field has giving Johnson great insight on how current students at the Conflict Resolution Institute can utilize their time at DU. She advises them to, "Learn to market the skills you have acquired in class—negotiation, facilitation, mediation...These are invaluable tools with countless practical applications provided that recent CRI graduates are prepared to be entrepreneurial."