In the winter of 2011 Brittany Eskridge, Jonathan Howard, and Adam Brown began developing an on-campus dispute resolution Center at the University of Denver. At that time the dispute resolution center was still in its drafting stage; however, this fall quarter, CRI reconnected with Adam Brown to discuss the progress of the project which is now known as Conflict Resolution Services (CRS). Since the founding of CRS, Eskridge, Howard, and Brown have graduated from the Conflict Resolution program at the University of Denver. Today, Brown is the Assistant Director of Student Conduct at the University of Denver, while he pursues his second Master of Arts degree in Higher Education. As the Assistant Director of Student Conduct, Brown continues to advocate for the long-term sustainability of CRS through various resources, trainings, and facilitations.

When integrating theories learned in the classroom, the founding team of CRS quickly realized that they needed to adjust their plans in order to work within the limitations of what was actually achievable. Brown explains, "In our proposal we outlined doing three different services: mediation, conflict coaching, and restorative justice. But once we realized we were short on resources, we decided to ask what we could do to best utilize our time and energy. We decided to start with conflict coaching." He went on to say, "Conflict coaching has been great because we have connected with conflict coaches in communities from all throughout Denver, and the surrounding areas." CRS has brought these practitioners in to do conflict coaching cases at the University of Denver, where they are able to transfer their understanding of conflict resolution to students and staff utilizing 3rd party neutrals.

Along with utilizing outside practitioners and professionals to share their skills and knowledge with the University of Denver, Brown has also focused on using educational workshops to extend the reach of CRS. Initially, the idea was for CRS to concentrate on directly resolving undergraduate and graduate, student-to-student disputes as well as student-to-faculty conflicts; however, due to the limited resources at the disposal of CRS, it was concluded that the next best thing would be to train intermediaries in basic conflict resolution skills and practices. They decided that the best intermediaries to train were Assistants in Housing, who supervise dorm activities. So Brown and a group of second year Conflict Resolution students coached the Assistants in Housing in conflict resolution practices with the hope that this would provide them with the skills and knowledge to be able to handle disputes of lower level risk before they become escalate and become higher risk. In turn, this has been a way for CRS to reach out to students while at the same time remaining open and capable of handling higher level campus disputes that require a more advanced degree of expertise and training, which students of the Conflict Resolution Institute receive in the course of their studies.

As to Brown's work with CRS, He says that he hopes to remain involved for as long as he is at the University of Denver, but envisions leaving the program with long-term sustainability so that it can continue to help staff and students well into the future. Brown is currently trying to find interns from the Conflict Resolution Institute to help CRS take on the enormous task of handling Alternative Dispute Resolution at the University of Denver. Brown explains that he has the option of bringing on interns from any academic program at the university, but that students from other programs do not have the same skill set as Conflict Resolution students. Brown states that by bringing aboard interns with conflict resolution skills, "CRS would become more sustainable and likely to be around in the future." Brown comments, "ideally it would also be great to have one or two Graduate Assistant positions within the Office of Student Conduct that only do this area of conflict resolution, once again, for sustainability." 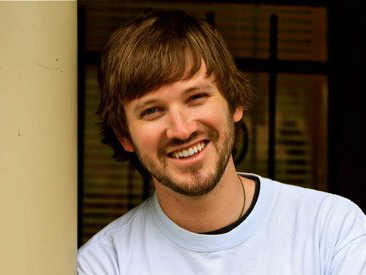 This winter, CRS will celebrate its second year of pilot programs at the University of Denver. In the development phase of CRS, Eskridge, Howard, and Brown envisioned offering mediation, conflict coaching, and restorative justice to university students and staff. Through mediation workshops, CRS is accomplishing the first goal of providing additional mediation to the University of Denver community. Through training Assistants in Housing, CRS is fulfilling the second goal of conflict coaching. This year, Brown and the Office of Student Conduct are fulfilling CRS's third goal of offering restorative justice by holding Restorative Justice Conferences (RJC). This process, while currently in the pilot and development phase, will act to bring together members from the University of Denver, along with members of the greater community, who have been impacted by an incident in order to repair any harm that has taken place. In less than two years, Brown, Eskridge, and Howard have succeeded in bringing CRS from an abstract idea to an actualized on-campus dispute resolution center that offers mediation, conflict coaching, and restorative justice to students, faculty, and staff so that they are able to find alternative ways of dealing with and overcoming conflict in order to reach more constructive outcomes.

Adam Brown can be contacted at: adam.brown@du.edu