Dr. Edward Phillip Antonio teaches theology, social theory and African studies at the Iliff School of Theology, which shares a campus with the University of Denver. Dr. Antonio serves as an Associate Professor of Christian Theology and Social Theory, the Associate Dean of Diversities, the Director of Justice & Peace Program, and the Director of the Master of Arts in Social Justice and Ethics Program. Among these many roles, Dr. Antonio is also a core faculty member of the Conflict Resolution Institute. With a background and training in journalism, religion, and theology, he is particularly interested in the pathways that bring together secular and religious realms to resolve conflict. As Antonio notes, religion is not just part of the problem, it is part of the solution. 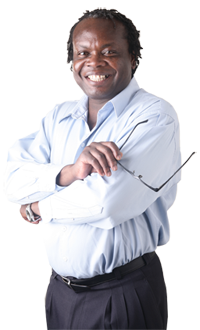 Dr. Antonio's deep knowledge of peace and conflict began intimately while growing up under three different systems of colonialism. Under British rule, Portuguese rule, and the system of Apartheid, what characterized reality for everyone was conflict. As Antonio notes, "You can't come from South Africa where I grew up and be politically stupid at the same time, because it was such an incredible laboratory for learning how to adjust to different kinds of conflict whether it is legal, political, or martial." Before becoming a theologian, Dr. Antonio covered the wars of liberation in Zimbabwe and Mozambique as a journalist, where he developed immediate connections with the politicians engaging in diplomacy and negotiations. In addition to these foundational experiences, he also credits his scholarship to both his uncle, a diviner who taught him the centrality of humanity in divination, and his father, who would host members of different religious groups weekly for tea, bread, and debate.

This distinct background contributes to a unique lens by which Dr. Antonio studies, practices, and teaches conflict resolution. In his perspective, the study of conflict is rooted far too much in conflict. While Dr. Antonio says there is a significant element of truth to the idea that humans are inherently about fighting, he calls for a cognizance that human beings are also capable of being human in a positive way. People are also capable of incredible acts of peacemaking, peacebuilding, and forgiveness. As he explains, "the lens through which I want to look at conflict resolution is through the lens of what we call in Africa as Ubuntu- what it means to be a human being and what conflict does to our humanity."

With this in mind, the best educational preparation for students, he says, is to become citizens of the world, to walk closer to instead of away from conflict, and learn to see conflict not just negatively but creatively. He recommends developing person-centered skills and becoming as culturally sensitive and globally minded as possible, so as to not be tempted to create one size fits all solutions. He sees the need to "decolonize conflict resolution" by expanding the focus on resources and processes that aren't valued or known in western definitions. He also advises students to become as empirical and practical as possible where conflict resolution isn't only a matter of ideas and theories, but is rooted in everyday activities and impacts people in concrete ways.

Finally, Dr. Antonio stresses the importance and relevance of the skills, ethics, and practice of conflict resolution in a world made up of various zones of conflict. He looks forward to continuing involvement in teaching, research, and collaborative work with faculty and students in these areas of mutual interest.