Both DU and Denver rose out of the Colorado frontier and have developed in tandem ever since. We were founded in 1864 as the Colorado Seminary, only six years after the founding of Denver City in what was then the Colorado Territory. As Denver grew from a gold rush boom town with a population of around 3,000 into one of the largest and most cosmopolitan cities of the interior West, we too evolved from our roots as a Methodist seminary into a global intellectual center in a city on the rise. Our first female and African American graduates earned their degrees in 1886 and 1900, respectively.

We established one of the first business schools in the country, as well as the first school of social work between the Mississippi and the West Coast. Football teams from the NFL and the AFL played each other for the first time on our campus. During the 1960s, Martin Luther King Jr. visited and we became a center of protest for the region.

As we entered the 21st century, we modernized our campus and renewed our commitment to academic excellence and inclusion. Our students and faculty continue to drive our development, and we look forward to the next 150 years as we enhance our status as one of our city's defining institutions and an internationally known, student-centered research university. 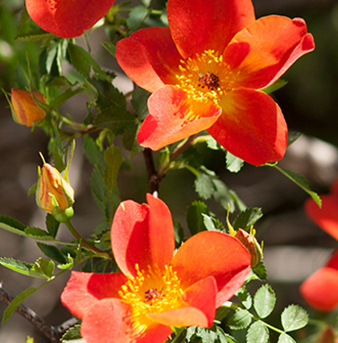 The DU Rose is a special variety known as "Rosa Denvera." After the University received a rose bush as a gift in 1912, botanist Ira Cutler discovered the blossoms were unlike any others. He then used the original specimens to develop a distinct variety still used for functions on campus. 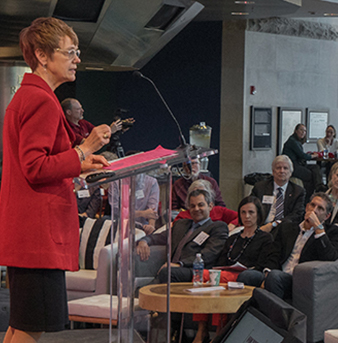 The Founders Celebration is one of DU's most treasured traditions, dating back to our earliest days. We take part in lectures, forums and gatherings throughout our community as we honor the commitment and vision of those who have and continue to have the greatest impact on our University.

In November of 1864, the year of our founding, a U.S. militia group attacked and murdered an estimated 160 women, children and elderly members of the Cheyenne and Arapaho tribes at Sand Creek in Southeastern Colorado.

The Sand Creek Massacre was planned by Col. John Chivington, a member of our original Board of Directors, and carried out by military troops under his command. However, the conditions under which the massacre could occur, including the raising of Chivington's forces, were created in large part by the person most often associated with founding the University, John Evans, who was governor and superintendent of Indian affairs of the Colorado Territory. By recognizing Evans’ role and learning more about the Cheyenne and Arapaho peoples who once lived on this land, we are able to understand our past more fully and promote healing from this dark moment in our collective history.

We give particular attention to supporting and working with Colorado's Cheyenne and Arapaho communities through documentary screenings, lectures and special healing ceremonies, often as part of campus events like our annual Diversity Summit.

We also created a Task Force on Native American Inclusivity, which developed a report on how we can serve the public good with respect to Native communities. This report resulted in the establishment of the office of the Director of Native American Community Partnerships and Programs, whose role is to help make the University more accessible to Native American students and provide support to them once they arrive.