What is Affirmative Action?

Affirmative Action is an active effort to improve employment or educational opportunities for underrepresented communities such as veterans, persons of color, persons with disabilities, and women. Affirmative Action has been in effect since 1961 when President John F. Kennedy signed an executive order requiring federally-funded employers to “Take affirmative action to ensure that applicants are employed . . . without regard to their race, creed, color, or national origin.”

Affirmative action began as a government remedy to the effects of long-standing discrimination against these individuals and has consisted of policies, programs, and procedures that provide equal opportunity to these protected groups in job hiring, admission to institutions of higher education, the awarding of government contracts, and other social and civil benefits. Its primary goal is to ensure employers create a level playing field—that no qualified person is disadvantaged or treated unfairly during the hiring or promotion process because of race, color, religion, sex, sexual orientation, gender identity, national origin, disability, or protected veteran status.

As a recipient of federal funds, receiving more than $50,000 of government contracts a year, the University of Denver must comply with Affirmative Action requirements and develop an Affirmative Action Plan and program in place. The Affirmative Action Officer implements the plan with various campus partners, to track and report on the affirmative action goals.

The Affirmative Action Plan is designed to comply with applicable federal laws and regulations. 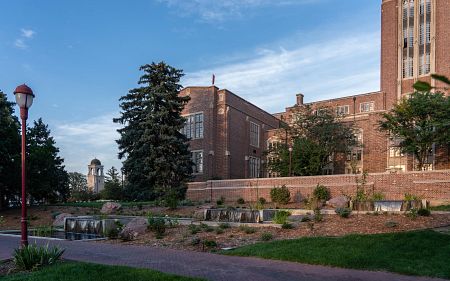 Behind the Scenes Work

The Affirmative Action Plan applies to all employees at the University of Denver including employees at satellite locations.

The Office of Equal Employment Opportunity is responsible for the investigation and disposition of discrimination complaints. The EEO Administrator is responsible for the annual review and update of all policies and procedures related to Affirmative Action, and the design and delivery of educational materials and training to the University of Denver community on matters relating to Affirmative Action and Equal Employment Opportunity. See Staff Hiring Guidelines and Guidelines for Interview Questions materials.

The University of Denver's Affirmative Action compliance is overseen by the Department of Labor’s Office of Federal Compliance Contract Programs. This federal office evaluates the university's good faith efforts to advance the goals of Affirmative Action. These good faith efforts require that all members of the University community understand and adhere to DU's hiring, promotion, and pay practices. The Equal Employment Opportunity Administrator welcomes all inquiries and invitations to consult regarding these practices.

Reference: The University of Rhode Island