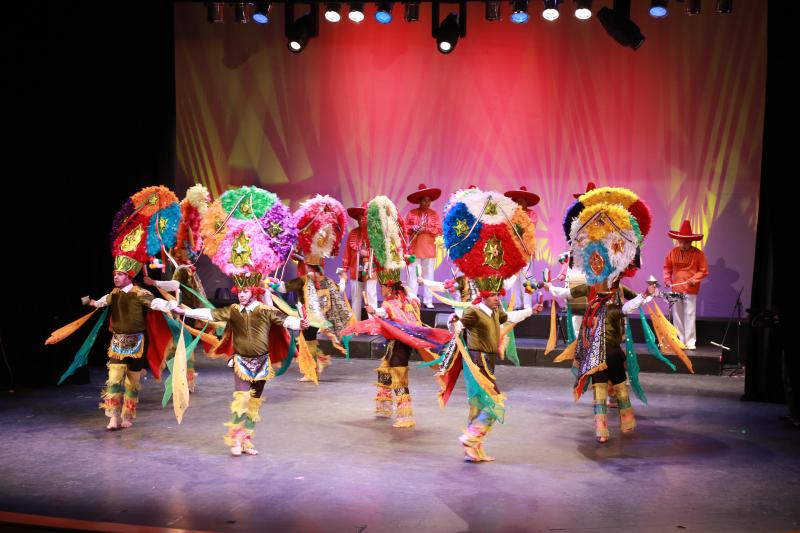 Whether you’re a fan of music, dance, comedy, theater or art — or some combination of all of the above — you’re certain to find something to enjoy on the DU campus during the winter season.

At the Newman Center for the Performing Arts, the big event of the season is “Jane — In Concert” on Feb. 11. Director Brett Morgen’s 2017 documentary on primatologist Jane Goodall will screen in the June Swaner Gates Concert Hall, with DU’s Lamont Symphony Orchestra playing Philip Glass’ score live.

The Newman Center Presents series continues with a National Geographic Live presentation by wildlife filmmaker and conservationist Filipe DeAndrade on Feb. 24; family-friendly musicians Justin Roberts and the Not Ready for Naptime Players on March 7; modern dance troupe Pilobolus on March 12; the Kronos Quartet on March 17; a musical parody of sitcom favorite “The Office” March 20–21; and another National Geographic Live presentation — this one on extreme cave diving — on March 23.

The Newman Center also is home base for DU’s Lamont School of Music, which offers a large slate of concerts featuring students, faculty and visiting artists. Among Lamont’s highlights for winter are a trio of faculty recitals — pianist Steven Mayer and violinist Igor Pikayzen on Jan. 24; violinist Linda Wang and cellist Matthew Zalkind on Feb. 7; and cellist Alice Yoo and pianist Hsiao-Ling Lin on Feb. 19. Also look for a pair of concerts featuring student groups: the North Indian Classical Dance and Bluegrass ensembles on March 6 and the Lamont Steel Drum Ensemble on March 9.

Faculty members, students and staff may be particularly interested in a pair of daytime convocation concerts at Lamont: a DU Jazz Showcase at 2:30 p.m. Feb. 21, and winners of the DU Chamber Competition at 2:30 p.m. March 6.

The DU theater department has two productions on its winter schedule: “The Secret Paris Project,” a cast-created, movement-driven performance inspired by photographs of underground nightlife in Paris in the 1930s, plays Feb. 12–16; while the dark comedy “Killer Joe” — the basis for the 2011 film starring Matthew McConaughey — runs Feb. 27–29 and March 5–8.

In the world of visual art, an exhibition of work by Denver-based photographer Thomas Carr is on display in the Museum of Anthropology in Sturm Hall Jan. 23–March 27, and “The Art Happens Here: Net Art’s Archival Poetics” runs Jan. 16–March 1 in the Victoria Myhren Gallery in the Shwayder Art Building.

The latter show features 16 pieces — including websites, software, sculpture, graphics, books and merchandise — from “Net Art Anthology,” an online exhibition that charts the history of internet art. One of the show’s featured artists, Morehshin Allahyari, is a DU alumna.