Accessibility Is Key To Success for DU's Study Abroad Program 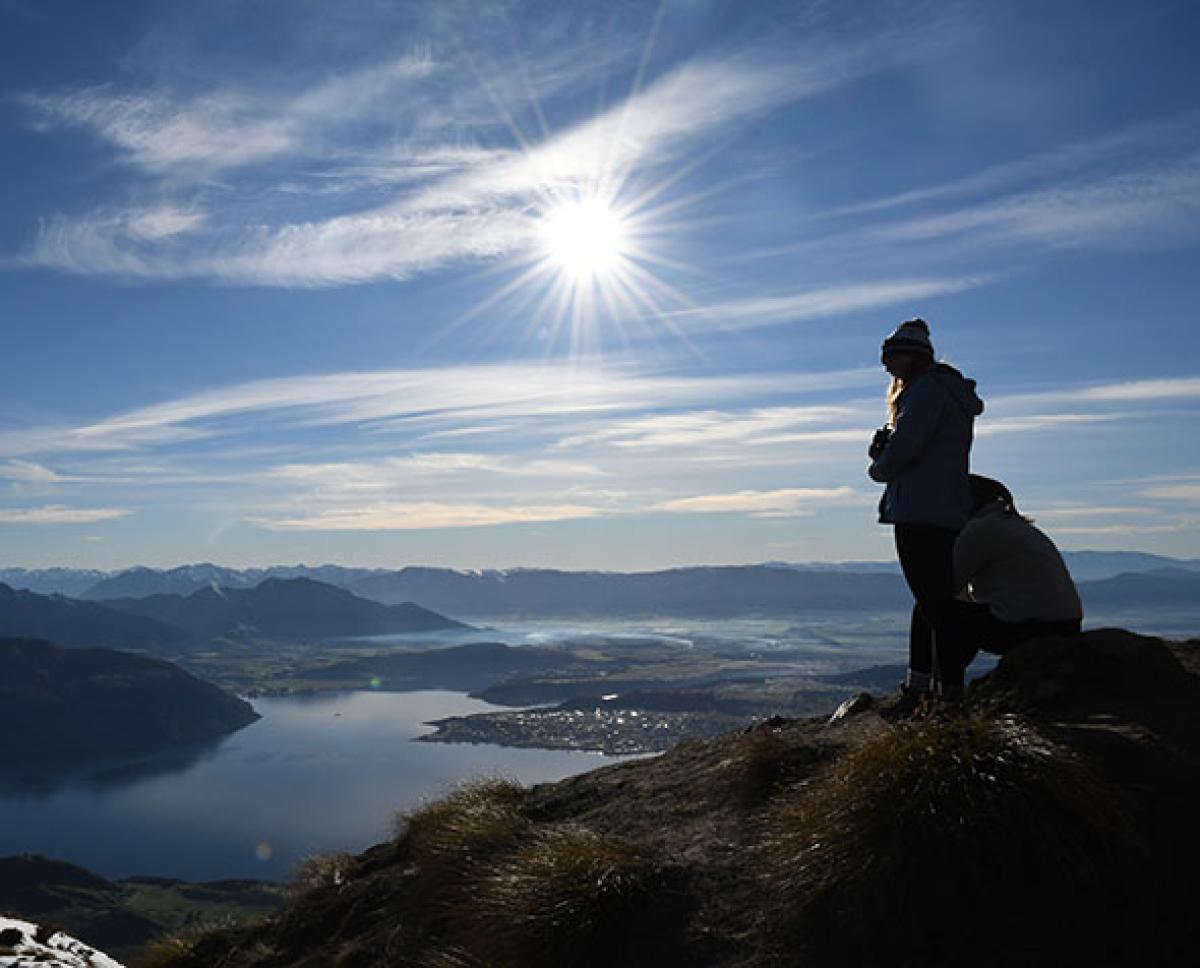 Megan Lindenmeyer, a senior psychology and criminology major, never thought about studying abroad until she enrolled at the University of Denver. The perceived price tag made it feel out of reach. But in the fall of 2019, Lindenmeyer found herself studying in New Zealand.

DU alumna Claire Giradeau (BA ’19) had never lived in a big city before — at least not a city as big as Buenos Aires, Argentina. It was there, in a metropolitan area of more than 15 million people, that Giradeau found her voice, which she now uses to advocate for herself in the workplace.

Lindenmeyer and Giradeau are among the thousands of individuals who have, over the years, chosen to study abroad while attending DU, where roughly 75% of every graduating class has participated in an international education experience. Participation is so high that for 15 consecutive years, DU has ranked in the top 10 among the nation’s doctorate institutions with study abroad programs. In the Institute of International Education’s 2020 Open Doors report, the University of Denver ranked eighth.

DU leaders say this success is due in part to the accessibility of Cherrington Global Scholars, DU’s signature financial benefit for undergraduate study abroad students.

“Many students think of study abroad as unaffordable and inaccessible. When they learn it would cost the same as studying at DU, the financial barriers are lessened,” says Emelee Volden, director of the Office of International Education (OIE).

Financial assistance from DU takes many forms. DU allows students to retain their scholarships as though they were studying on campus. The University provides nearly $2 million for the Cherrington initiative, which covers such additional expenses as visa fees and round-trip airfare.

“It would have been completely prohibitive for me. I would not have been able to study abroad if I didn’t get to keep my scholarships,” Lindenmeyer says.

DU’s comprehensive study abroad experience includes a preparation course that supports DU's focus on global citizenship. While studying criminology in New Zealand, Lindenmeyer noticed how the criminal justice system operates differently than in the United States. She says the New Zealand system emphasizes restorative justice — a concept she hopes to model in the United States.

“It [New Zealand] really gave me an insight into how a more therapeutic model that focuses on rehab and restoring the relationship between the offender, the victim and the community could be potentially beneficial,” Lindenmeyer says.

International education goes beyond developing a deeper intellectual understanding of the larger world. Uttiyo Raychaudhuri, vice provost for internationalization, sees it as a discovery of place that helps the discovery of the self.

“They really grow as individuals. At the end of the day, these are things they will always remember. These are life-changing experiences for students. It helps them grow and expand their mindset and have a vision that’s much more expansive,” Raychaudhuri says.

While in Argentina, Giradeau felt empowered by pushing herself outside of her comfort zone. One of her favorite pastimes? Striking up a conversation with new people at a local coffee shop.

“As someone who was born and raised in Colorado, it was valuable to get out of that space and be somewhere where no one knew me,” Giradeau says. “I think it solidified how I want to present myself to other people and how I’m able to make friends and build connections.”

At DU and elsewhere, the ongoing COVID-19 pandemic has altered the implementation of study abroad programs. For fall 2021, the Office of International Education plans to review each potential study abroad site to ensure safety. Approximately 550 students are committed to studying abroad in fall quarter.

“We’re using a lot of different sources and agencies to determine the health and safety factors of each program,” Volden says. “We have not canceled anything now, but we are reviewing things case by case to ensure it’s a safe and viable option for our students.”

While DU’s study abroad participation rate is in the 90th percentile, the University wants even more students to get involved. OIE hopes to get more funding for Cherrington Global Scholars through 1Day4DU. For more information on the day of giving, please visit 1day4du.du.edu.