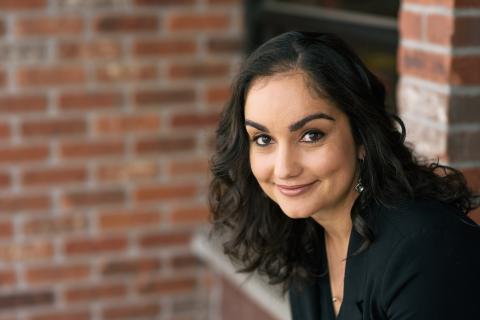 The University of Denver and Robert and Judi Newman Center for the Performing Arts have named Aisha Ahmad-Post as the new Executive Director of the Newman Center. Ahmad-Post starts in the role on August 3, 2020.

Joining the Newman Center with wide-ranging experience in performing arts production, programming, education, and management, Ahmad-Post is set to lead one of Denver’s primary performance venues. Most recently, she worked to open the Ent Center for the Arts at the University of Colorado Colorado Springs and has presented the first several seasons of the acclaimed Artist Series at UCCS, alongside successes in education, community engagement, audience development, and operations.

Prior to her time at the Ent Center, Ahmad-Post was Producer of Public Programs for The New York Public Library, where she booked and produced artists, created a live stream platform, and created several programs encouraging audience engagement. Ahmad-Post has also worked in artist agencies and brings an extensive network of programming knowledge to the role.

“I'm honored to join Newman Center and the DU community. This transition comes at a time when the performing arts industry faces, quite literally, an existential crisis, and our country grapples with how to better uphold our pledge to justice for all,” said Ahmad-Post. “I envision Newman Center playing an important role in rebuilding our local and national arts communities, while using performing arts as a tool for investigating who we are as a society.”

A graduate of Indiana University’s Jacobs School of Music, where she earned Master of Music and Bachelor of Science degrees, Ahmad-Post also recently completed the Association of Performing Arts Professionals Leadership Fellow program. She has been active in local and national performing arts organizations, including board service at the Cultural Office of the Pikes Peak Region and Cheyenne Mountain Public Radio, and service in the Rocky Mountain Arts Consortium as president and member.

“We’re thrilled to welcome Aisha Ahmad-Post to the University of Denver’s Newman Center for the Performing Arts. She is a remarkable talent whose skills and experience will further advance arts and culture at the University of Denver,” said Chancellor Jeremy Haefner. “As executive director of the Newman Center, Aisha will play a key role in building DU’s relationships with local communities and on the national stage. Especially now, as the ways in which we interact with the arts have changed in the face of a global pandemic, Aisha’s wealth of experience and networks will prove invaluable to launching new initiatives and introducing DU to new artists in the coming seasons.”