The University of Denver welcomed 11 new members to its alumni council this spring, strengthening the council’s capacity to create meaningful connections with DU alumni across the nation and around the world and brings the council to its full membership of 30 alumni.

Established officially in January of 2020, the alumni council connects alumni to DU throughout their lives, encourages them to give philanthropically and builds relationships of mutual benefit between alumni and their alma mater. As the council increasingly reflects the diversity of DU’s alumni population, it is positioned to engage with DU alumni more effectively than ever before.

The members who joined the alumni council this spring are as follows: 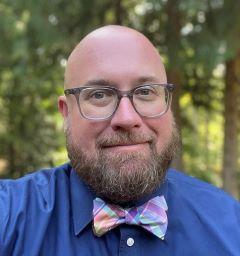 Matthew is a higher education professional with more than 15 years of experience working in a variety of areas across the field. He currently works at the University of Washington as a front-line-fundraiser for UW Medicine. A dedicated community volunteer, Matthew also currently serves as a Trustee for the Issaquah School Foundation (ISF), ISF Liaison for the Skyline High School PTSA, and he is a member of both the development committee for the Seattle Derby Brats and the executive committee for District VIII of the Council for Advancement and Support of Education. He believes passionately in the importance of educational attainment and growing a network of strongly connected community members. He credits his DU degree with getting him into a field that he loves. 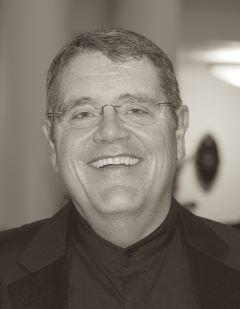 Paul Brooks is a retired professional trombonist and music educator. As an undergraduate at The Lamont School of Music at DU, he was a founding member of the Colorado Brass Quintet, playing bass trombone. For 26 years Paul was the bass trombonist for the Central City Opera Company Orchestra. From 1980 to 1985, Paul was the Adjunct Professor of trombone, euphonium and tuba at the Lamont School of Music. In 1985, Paul started a new career in the Phoenix area as a middle school Band, Music and Technology Lab teacher, from which he retired in 2004. Upon returning to Denver, he became active with the Lamont Alumni Association, serving as President for three years, and he also served as liaison between the Alumni Association and the Lamont Society Council. Paul is a Past President of the Lamont Society Council and holds BME and MA degrees from the University of Denver. 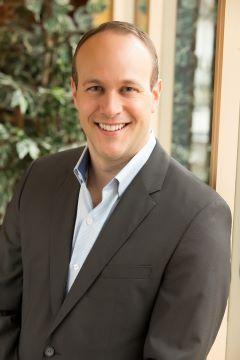 Dave Cable is Assistant Treasurer at Allegheny Technologies Incorporated (ATI), a global manufacturer of technically advanced specialty materials and complex components focused on the aerospace and defense industry. Dave received his undergrad in Business Administration from Youngstown State University and his MBA from Daniels College of Business at the University of Denver. He is active with DU’s alumni network, and currently sits on DU’s Alumni Council, Daniels’ Alumni Advisory Board, and is chair of the Board’s Ambassador Committee. 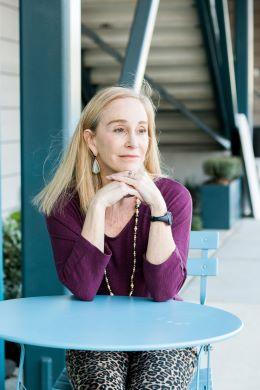 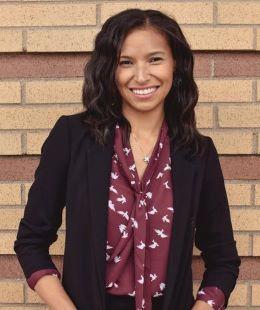 Catharina Hughey is the Executive Director of DIRT, a nonprofit social enterprise whose mission is to increase meaningful, integrated employment opportunities for neurodivergent folks in the workforce. In the Denver Metro Area, DIRT trains, employs and empowers neurodivergent folks while systemically revolutionizing inclusive hiring practices. Catharina received her MSW in Organizational Leadership and Policy Practice from the University of Denver Graduate School of Social Work. She utilizes evidence-based practices and impact-focused data to create innovative human-centered workspaces and programs that promote disability justice and economic equity. With over a decade of experience advocating for marginalized communities, Catharina has had the opportunity to work with a diverse clientele through her work in clinical child welfare to a consortium of foundations and policy reform. She is passionate about the DU community’s commitment to fostering long-term engagement and its positive impact on the communities we serve. Since graduating, Catharina continues to actively engage with DU alumni, faculty, and students, from speaking events to being a Graduate School of Social Work field internship site for DU students at the DIRT Coffee shop. 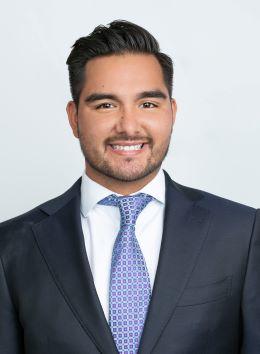 David Karimi is a 2018 graduate of the University of Denver where he studied Real Estate and the Built Environment with a concentration in Property Development and a minor in Finance at the Daniels College of Business. He has worked closely with the Franklin L. Burns School of Real Estate on the new Marion J. Crean Collaboratory Space located in the Daniels College of Business. David has been active on campus as a guest speaker and lecturer in the Burns School, and his success as a teacher has earned him an adjunct professorship within Burns. David is a passionate ambassador of all things DU. He credits his success and career readiness to the time he spent as a Daniels student, and he hopes to provide that same high-level experience to future Pioneers. David currently works as the Development and Finance Manager for Tetrad Property Group (TPG), a full-service real estate development company that specializes in implementing innovative and fiscally responsible real estate and construction solutions. TPG places a special emphasis on developing public-private partnerships and relationships with the philanthropic community as an opportunity to create value, promote change and enhance efficiency. 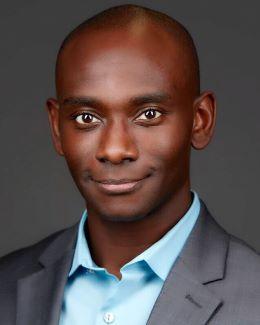 Solomon Malekou (he/him/his) is a 2005 graduate of the University of Denver (B.A. International Studies). A Native of Ethiopia, Solomon came to America as an international student to attend DU. During his undergraduate years at DU, Solomon served as president of the international studies student association (ISSA) and held several jobs on campus, including being a student caller/fundraiser at the Crimson Call Center. Post-graduation, Solomon embarked on a successful international HR career as a talent mobility manager at Xerox Corporation and Jacobs Engineering, the largest engineering firm in the world with 80 thousand employees. On top of his job duties at Jacobs, Solomon was also a diversity council ambassador and ERG-Chair with a seat in the C-Suite where he served as a thought leader and influencer counseling the executive leadership team on diversity and inclusion (D&I) strategies. His work has actually influenced systemic changes in inclusive hiring practices throughout the HR profession. Solomon’s work in the D&I space reverberated well beyond the confines of corporate America when he was featured as the face of diversity and inclusion in the 2021/2022 issue of the Denver official visitors guide. Solomon is currently highly engaged in his philanthropic endeavors; he volunteers for a local non-profit that delivers nutritious meals to terminally ill individuals (Project Angel Heart), and serves on the University of Denver Alumni Council using his D&I experience in an effort to help the University meet and exceed its social responsibility goals. 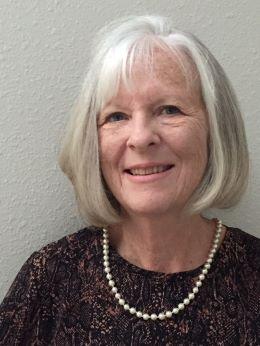 Linda Rockwood has been an active supporter of the University of Denver for many years, most recently as President of the Alumni Council for the College of Arts, Humanities and Social Sciences.  During her tenure, the Council was expanded and energized with a focus on mentoring, alumni engagement and aiding CAHSS programs and goals. Linda’s affection and admiration for the University began when, as a first-generation college student, DU offered her a full scholarship and housing that allowed her to pursue her higher education dream. After graduation, Linda worked as an economist first in the corporate headquarters of a large, national retailer in St. Louis and then as Assistant Director of the Center for the Study of American Business, an interdisciplinary think tank at Washington University in St. Louis.  She then moved to Washington state and managed a regional symphony orchestra. In 1984, Linda graduated from the University of Texas Law School, and she returned to Denver to begin her practice of law as an environmental lawyer. Her national environmental practice emphasized environmental remediation and air quality.  Linda had a lead role in numerous Superfund cases, including high profile sites, negotiating settlements with hundreds of parties and stakeholders. 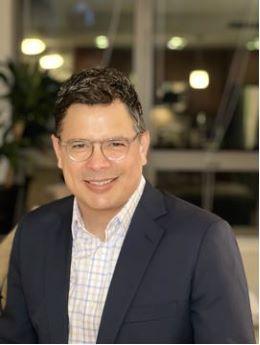 Santiago is the Secretariat (CEO/CIO) of the Fondo de Ahorro de Panamá (Panama’s Sovereign Wealth Fund), a $1.5 billion investment vehicle for stabilization and intergenerational wealth-creation; the Fund invests in global public and private markets, and in a variety of financial instruments. He has over 22 years of financial experience in the financial sector, including executive roles in equity investment research, investment banking, restructuring and financial regulation. Santiago received an MBA from the Kellogg School of Management at Northwestern University and a bachelor’s degree from the University of Denver. 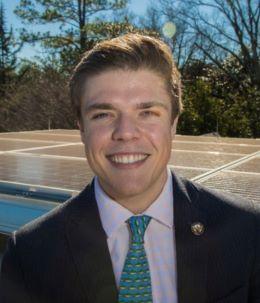 John Rutherford Seydel III (John R.), an Atlanta native, is the Director of Sustainability for the City of Atlanta Mayor’s Office of Resilience. Seydel works with department leads within the City of Atlanta, as well as with external community partners, organizations, and leaders to achieve Atlanta’s sustainability and resilience goals. Seydel received his bachelor’s degree in Political Science from the University of Denver. He is a conservationist and an environmental justice advocate, previously serving as the CEO of Revolution Nation, an organization that aims to empower and connect millennials with their elected representatives. He has also worked in the renewable energy space with the United Nations Foundation and Southern Company. In addition, he has worked with the Chattahoochee Riverkeeper, and he is a board member for The Turner Foundation, Ideas for Us, and the Captain Planet Foundation, organizations that promote hands-on environmental stewardship, ecological conservation and education projects worldwide for youth. 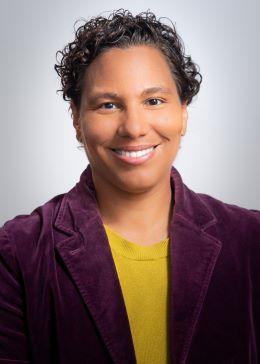 Lindsay Smart, Ph.D., is an Associate Vice Chancellor for Leadership and Faculty Equity & Inclusion in the UNM HSC Office for Diversity Equity, and Inclusion, and also an Associate Professor and Licensed Clinical Psychologist in the UNM School of Medicine Department of Psychiatry and Behavioral Sciences. She is also the Training Director for the American Psychological Association (APA) Accredited Clinical Psychology Internship Training Program at UNM. Dr. Smart received her B.A. degree in Psychology at the University of Portland where she was a Division I student-athlete on the women’s soccer team, and her M.A and Ph.D. in Clinical Psychology from the University of Denver. During her time as a graduate student at the University of Denver, Dr. Smart was an American Psychological Association Minority Fellowship Program Fellow. Dr. Smart completed her Clinical Psychology Internship in New Mexico at the Children’s Psychiatric Center and her post-doctoral training was completed with the UNM Division of Community Behavioral Health. Currently, Dr. Smart is involved in initiatives that contribute to the promotion of diversity among faculty, students and staff within the UNM Health Sciences Center.

To learn more about the alumni council and its work, visit its website.