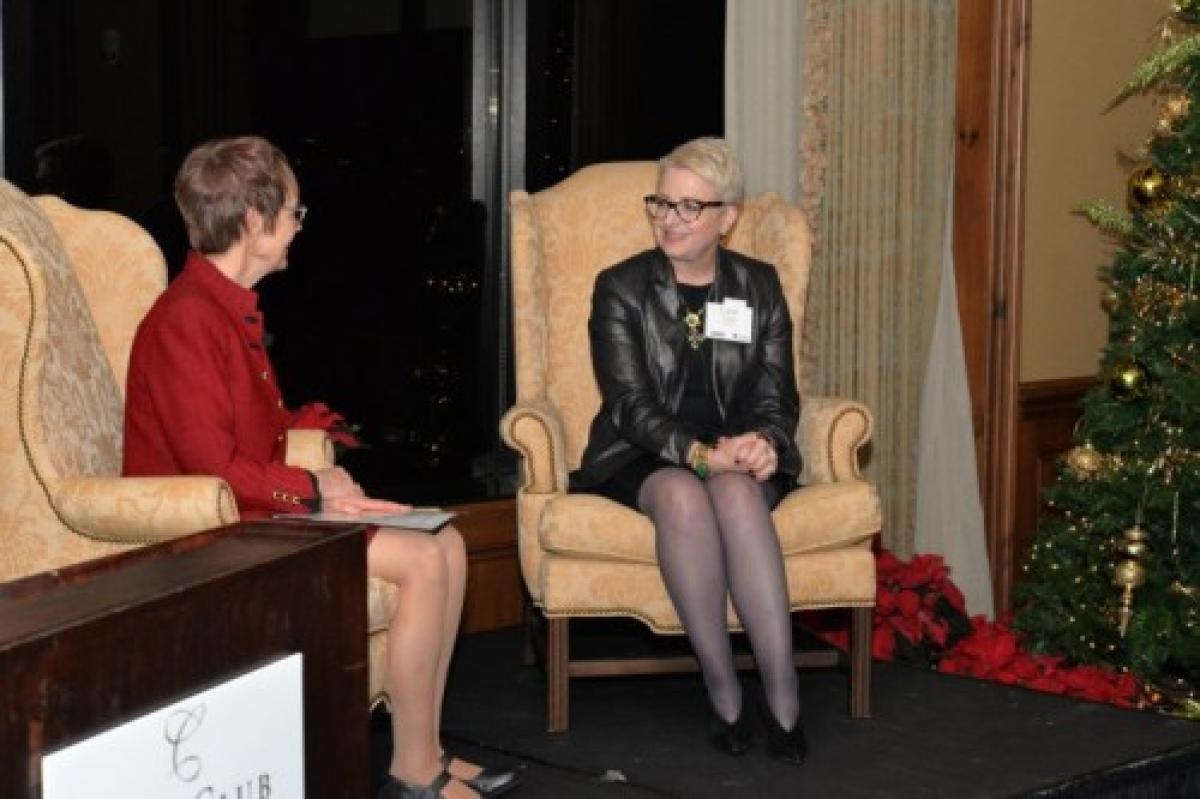 Or, to put it another way, risk-taking is key to finding success, but remember to be smart and hold your values nearby.

As chief financial officer of Home Depot, as executive vice president for corporate services and as the proud holder of an MBA from the Daniels College of Business, Tomé joined DU Chancellor Rebecca Chopp in a Nov. 30 fireside discussion at the City Club of Buckhead in Atlanta. 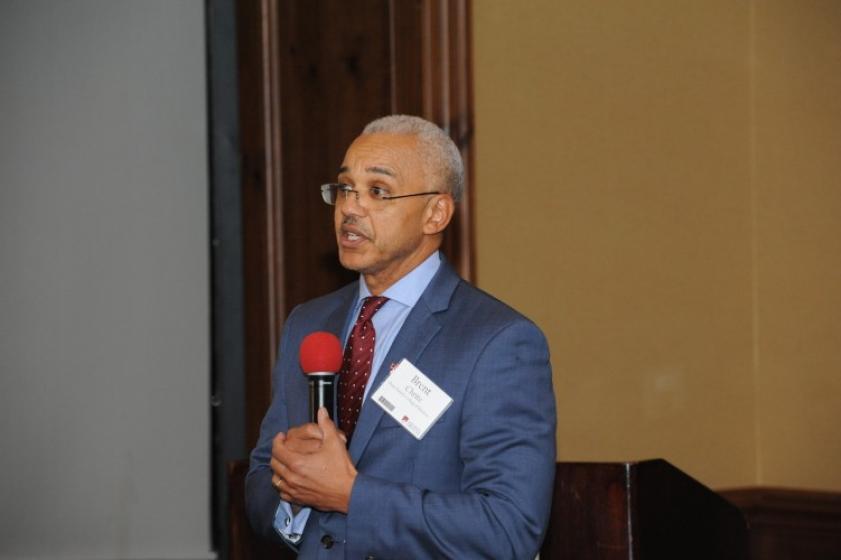 Brent Chrite, Dean of the Daniels College of Business 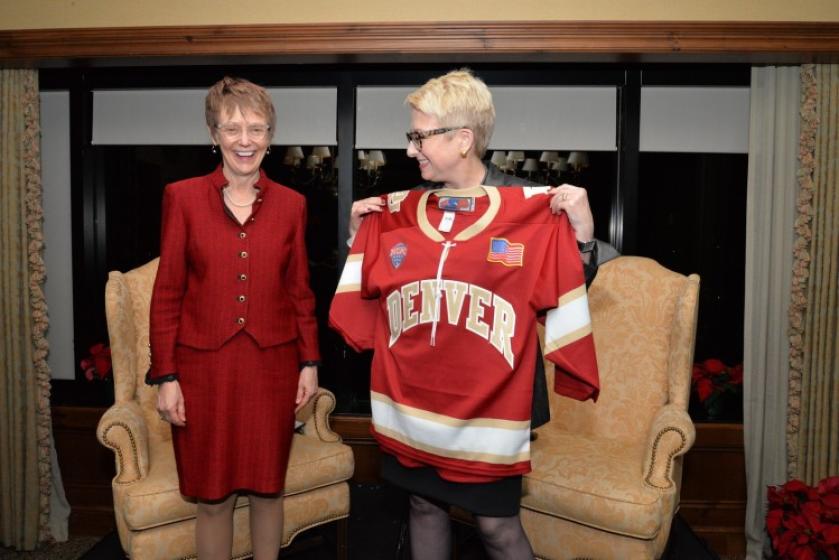 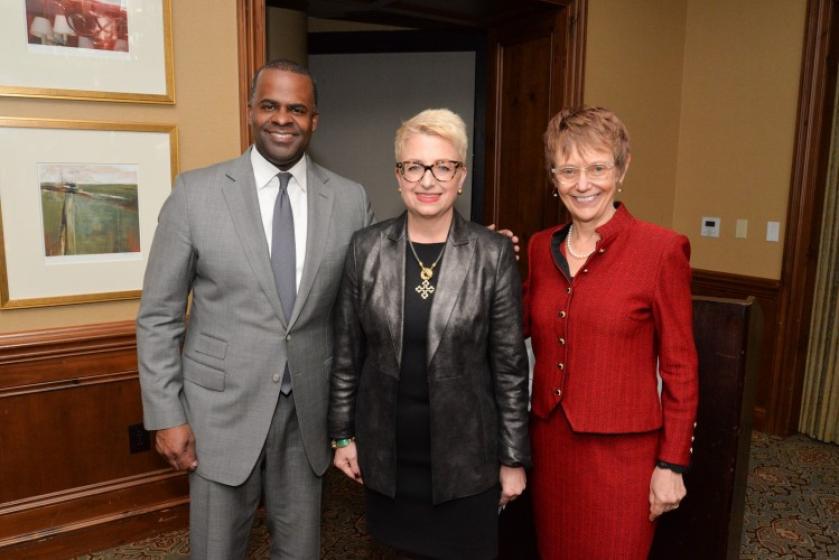 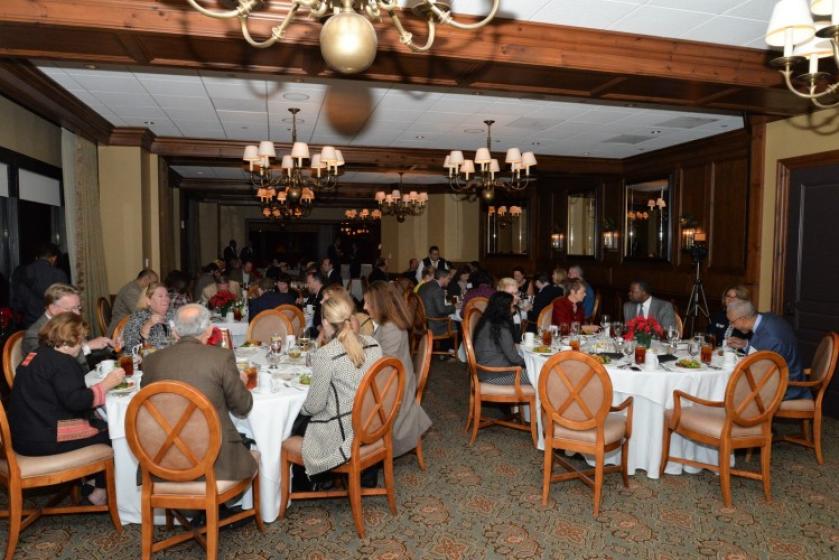 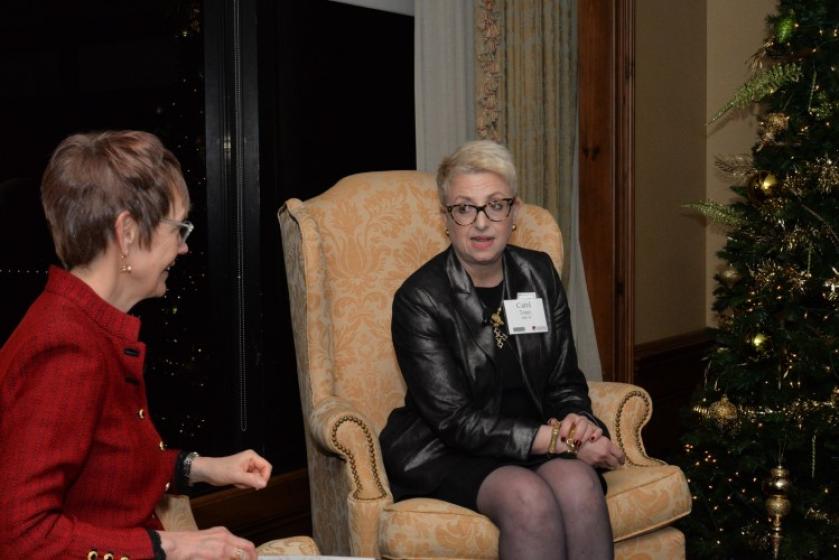 Much to their delight, attendees at the alumni event quickly found out that Tomé would not deliver a staid discourse on dollars and cents. After all, Tomé’s Twitter bio describes her as “Home Depot Queen of Cash and Ruler of Finance.”

The personable Tomé reflected upon the victories (and even the missteps) of her 21 years of service — under four different CEOs — at the $90 billion retail giant.

Offering her thoughts on finding success, she said that while Home Depot spends countless hours trying to navigate market changes, the organization stays true to its belief system: “Our values set us apart, and I think for all companies, values will define the success. Your culture will define the success of your company.”

Tomé explained that Home Depot employs an “inverted pyramid” management model that puts the CEO and his or her leadership team at the bottom. Associates are at the top, allowing them to focus on serving the customer in the best way possible.

“We’re at the bottom of the pyramid, because we bear the weight for the actions that we take and the decisions that we make,” she explained.

Tomé added that company values have made Home Depot into a tight-knit community. “If you cut us, we bleed orange,” she said, drawing laughter from the audience.

Named by Forbes as one of the “50 Most Powerful Women in Business,” Tomé said that when she was at DU, she imagined her destiny involved moving back to her hometown of Jackson, Wyo., to take over her father’s independent bank.

But after her parents divorced and the modest financial institution was sold, Tomé found herself looking for new opportunities, which she found in Atlanta, a city she now embraces as home.

Tomé also extolled the value of networking, calling it the “most important thing” professionals can do.

Atlanta Mayor Kasim Reed also participated in the discussion, noting that Tomé’s contributions extend beyond the corporate suite to the Atlanta community and an array of civic and professional organizations. “I think it speaks to her spirit, in the way that she focuses on projects that are large, and on projects that are direct and personal,” Reed said.

As a graduate teaching assistant at DU, Tomé worked in statistics and computer programming classes. “The teaching experience that I had at DU really created a strong platform for me as I think about how I’ve grown in my leadership over these years,” she said.

She also said her finance courses were of considerable value, especially during her time on the Federal Reserve Board of Atlanta.