Anthropology Students Use 3D Printers to Engage With Ancient Artifacts

Bonnie Clark, associate professor of anthropology, took a new approach to her “Artifacts, Texts and Meanings” class this spring thanks to the availability of 3D printers at the Innovation Floor, housed in the Ritchie School of Engineering and Computer Science.

Thanks to a relatively recent phenomenon—museums around the world have begun to provide the technical specifications to 3D print ancient artifacts—Clark’s students were able to select an item, print it at the Innovation Floor, and then conduct research on the physical object. “I couldn’t have taught the class this way even six months ago,” Clark said. “Since 3D printing is new and there’s a lot of buzz around it, the class felt timely.”

Students were tasked with identifying the 3D model of an object, printing the replica, researching the item and culture that created it and then presenting their findings. One group of students chose Roman oil lamps as their object. “We wanted to choose an artifact that we could conduct a tangible experiment on,” said Mats Hanson. “A lot of artifacts are great to look at, but there’s not much you can do with them.”

Their experiment tested out the different types of oils that might have been used to light the lamps, and tried to determine whether a male or female would have used them. “Our background research determined that olive oil was the main substance used, but we found that many types of oil worked well with minimal leaks,” said Majid Fageeh. “We also concluded that the lamp fit better in a female hand.”

Another group chose seals—one Aegean and one Hittite—that differed in shape. They tested the materials the seals would have been stamped onto, as well as researching their value and purpose in the societies they were used in. “The Aegean seal would have had greater sentimental value compared with the Hittite seal,” said Audrey Yin.

Clark said the addition of 3D printing to the class added an important experiential element for her students. “They realized right away how an object would have been used,” she explained. “You don’t necessarily intuit some of those things just by looking at the object.” 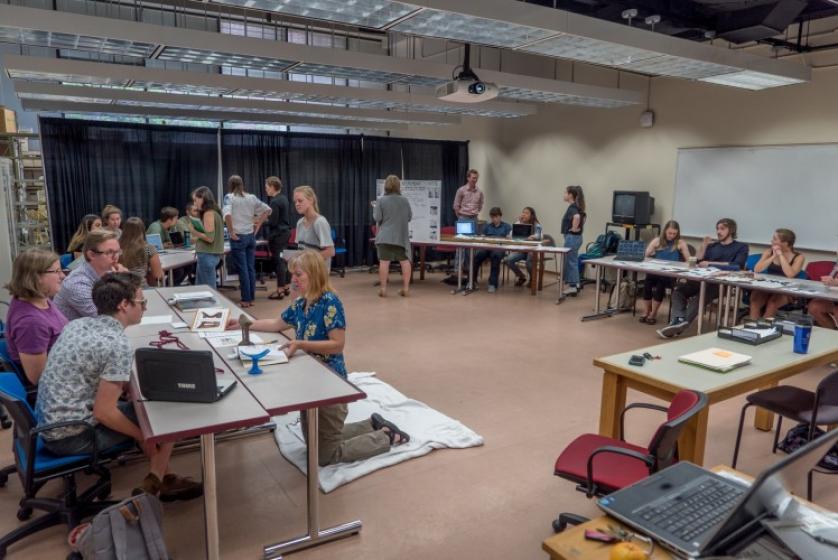 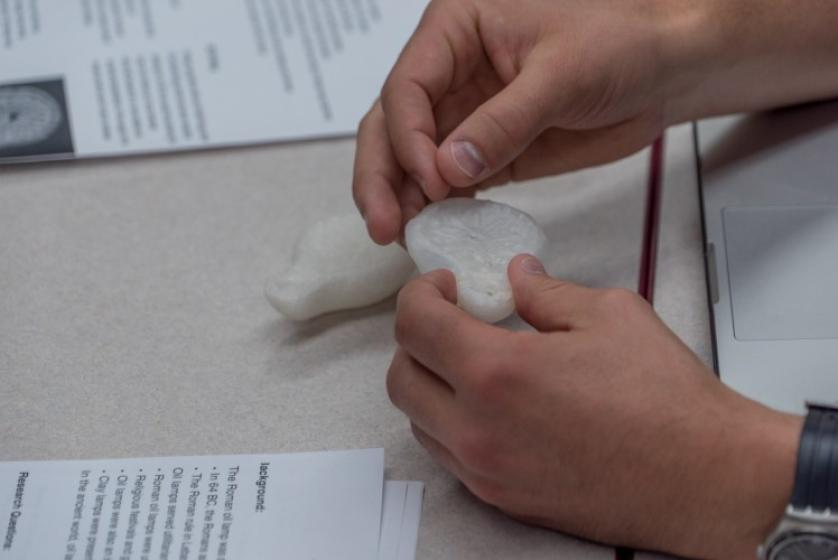 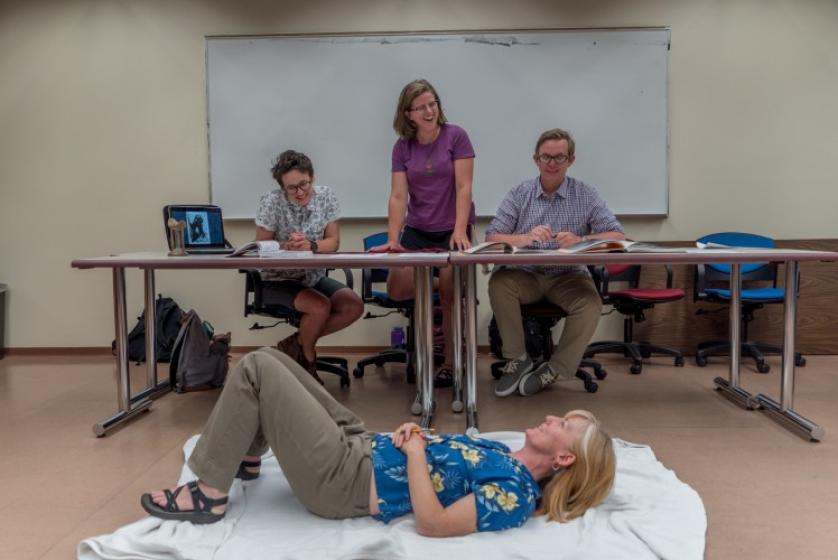 Professor Bonnie Clark tries out a replica of a Somali headrest 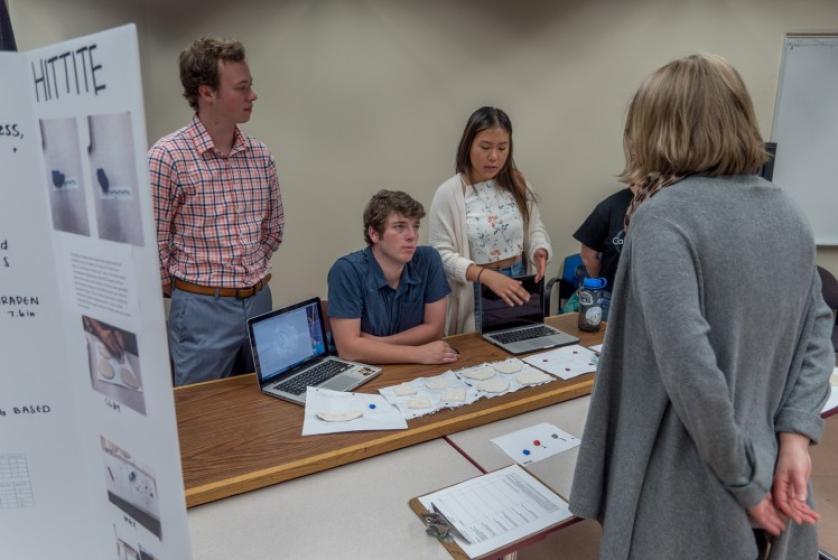