Had you told Ben Jacobs when he was a first-year student at the University of Denver that one day he would own two successful restaurants, he never would have believed you.

Jacobs, who is Native American, came to DU in 2001 to pursue his true passion, history and Native American studies. He says even though there were few classes at the time that concentrated on Native history, he received a lot of support to do independent studies.

After graduating in 2005, Jacobs and fellow DU alum Matt Chandra — who received a degree in media studies — traveled to Oklahoma for the Native American ceremonial dances. It was there, while discussing the lack of Native food in Denver, the two decided their next path in life.

“We really wanted to create a voice for Native food in our community, in the Denver metro area, with the grand vision of making it something much larger,” Jacobs says. “We didn’t want just another pizza joint or just another burger place. There are restaurants everywhere, but there are not many restaurants with a Native focus.”

In 2008, they opened the first Tocabe restaurant in north Denver. Jacobs says his restaurant takes its origins from Grayhorse, a Native American eatery his parents owned nearly 30 years ago. He also draws from his experience at DU.

“What I really bring to Tocabe from learning Native history is identity, and understanding that we are all here based on our previous experience and what our ancestors had gone through,” he says. “Everything we do now is going to be looked back on, and how do we make sure that we make a positive step into our communities and make sure that we are evolving and changing.” 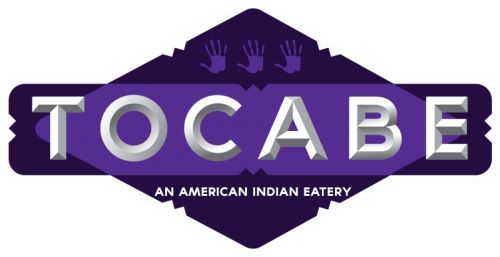 Today, nearly 10 years after opening their first store, Jacobs and Chandra have a second location on the south side of town and plans to expand. Jacobs says the entire indigenous food movement is growing, and he hopes to see a day where the food he cooks is grown, raised, processed, packaged and delivered all by Native people.

“Food is what truly brings us together. Being a part of Pow Wows and food sovereignty summits and going to different reservations to talk to youth, I’m finding myself in a positive movement,” Jacobs says. “The young people that I see are powered by identity and are excited about who they are again and sharing who they are.”

On Sunday, May 7, the University of Denver will host the 7th annual New Beginnings Pow Wow. The event is free to the public and will be held on the Driscoll Green. For more information, please