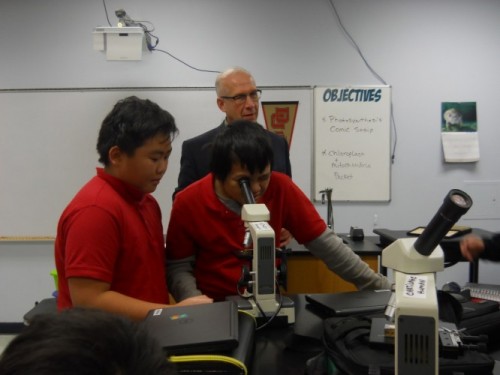 Most seventh-graders haven’t even begun to think about college, but that doesn’t mean it’s too early to plant the seed. Geri Schlecht (BA ’82) is doing just that, and he’s making sure that the University of Denver is one of the first schools his students hear about.

Schlecht has been teaching for 17 years, the last three at Hmong College Prep Academy in St. Paul, Minn. One unique element of the school’s curriculum is a class called College Prep, which replaces the traditional homeroom.

Schlecht is making the most of it by introducing students to his alma mater and sharing his experience and love for DU.

“This is my second year using DU as our homeroom college. I have fond memories of DU. When I started teaching here, I had a choice of which college or university my class would adopt. The choice was easy,” says Schlecht, who majored in anthropology and minored in biology and geography. “Students do research on DU by surfing the website, and I support their research with firsthand accounts of my experience at DU — in the classroom, fieldwork and the overall experience.”

The academy, which opened in 2004 with approximately 200 students, has grown to more than 1,200. Nearly 95 percent of the students are of Hmong descent, with a smaller percentage being Karen. The Hmong people are native to several countries, including China, Laos, Myanmar, Thailand and Vietnam. The Karen people originate from Burma. Both groups, Schlecht says, fled their countries to escape persecution and have retained their culture.

The Hmong fled Laos in 1975, either on a U.S. aircraft or by crossing the border into Thailand, and many died fleeing Laos during this time, Schlecht says. Once in Thailand, they settled into refugee camps and eventually relocated to the U.S. The twin cities metro area of Minneapolis and St. Paul has the highest per-capita population of Hmong in the U.S. at 64,000.

“They are very proud of their culture and they try to preserve it via dress, language and beliefs,” Schlecht says. 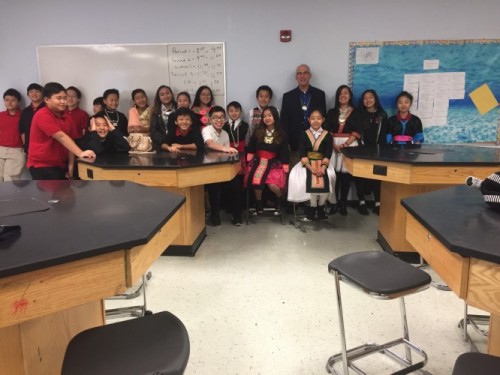 While it’s too early to tell whether any of his students will commit to DU, Schlecht says introducing them to a university early on does prepare them for what lies ahead. In the meantime, his students are engaged with the process and are eager to learn all they can about the school their teacher attended.

“Having me, a DU alum, talk specifically about DU makes my story more credible,” Schlecht says. “They are all eyes and ears when I describe some of the courses and how specific they are, as well as dorm life, Denver and the mountains. Later throughout the year, the class focuses not so much on academics but rather on social skills.”

Schlecht says his College Prep class won’t be the last time his students hear about DU. He plans to remain in contact with them as they move on to high school.