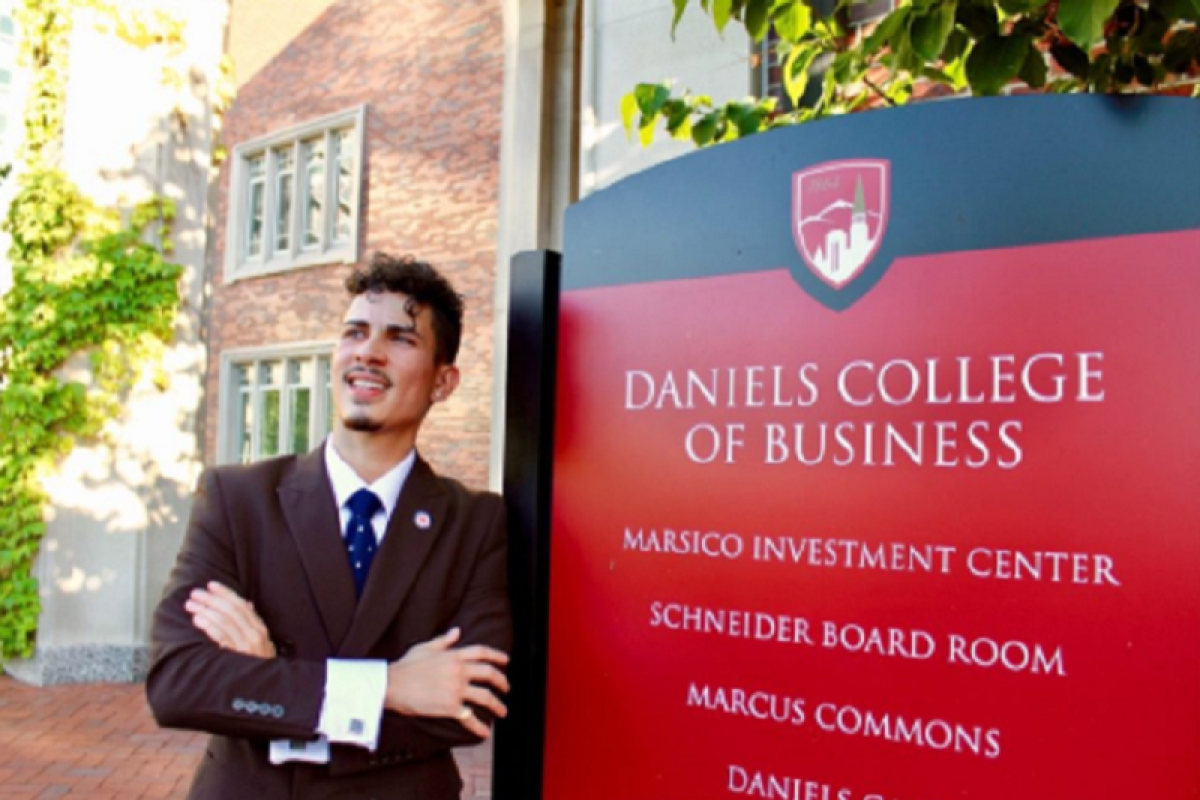 This article, authored by Lindsay Adam, originally appeared in the Daniels College of Business newsroom.

As the first in his family to go to college, Jeremy Martinez-Quiñones (MS '18) didn’t have a blueprint to follow on his path to success—he had to start from the ground up. And by now, this is a process with which the graduate of Daniels’ Real Estate and the Built Environment master’s program and CEO of a property development company, is quite familiar.

Born in Arecibo, Puerto Rico and raised in Orlando, Florida, Martinez-Quiñones said, “Growing up in poverty often makes you believe that college is impossible.” But he seized an opportunity to earn his undergraduate degree in Criminology and Law from the University of Florida and while there, gained a passion for social justice and improving the conditions of low-income communities like the one in which he grew up.

“Applying to the master’s program at Daniels was the pivotal point for me,” he said. “It was there that I met the mentors who helped me launch my own business, and who pushed me to go beyond my current means and circumstances to really chase what I’m after.”

Barbara Jackson, director of the Franklin L. Burns School of Real Estate and Construction Management, explained that Martinez-Quiñones started the program at Daniels with the intent to use his education to develop and rebuild his home country of Puerto Rico. “This was his intention before Hurricane Maria, and even more so afterward,” Jackson said. “When I first spoke to him I remember thinking, we need to do everything we can to help this young man succeed so he can go on to do this very important work.”

Martinez-Quiñones, whose grandmother and cousin lost their homes as a result of Hurricane Maria, said, “Puerto Rico was the main catalyst for [starting] my business—Denovo Development. I’ve had so many personal connections to individuals who lost everything after the hurricane, and I just couldn’t sit there without trying to find a solution.”

Jackson never doubted that Martinez-Quiñones was serious about finding a way to rebuild Puerto Rico. “His commitment is extraordinary and his steadfast pursuit is evident in everything he does. He’s remarkable,” she said.

But Jackson isn’t the only one who thinks Martinez-Quiñones is on to something. He recently won first place at the Puerto Rican and Hispanic Business Exposition Pitch Tank Competition, where he shared his vision to revitalize marginalized communities through development. But Martinez-Quiñones clearly isn’t doing this to win competitions.

“My focus is to build something better,” he said. “In Puerto Rico and for low-income communities everywhere.”