Women’s lacrosse not satisfied after best finish in program history 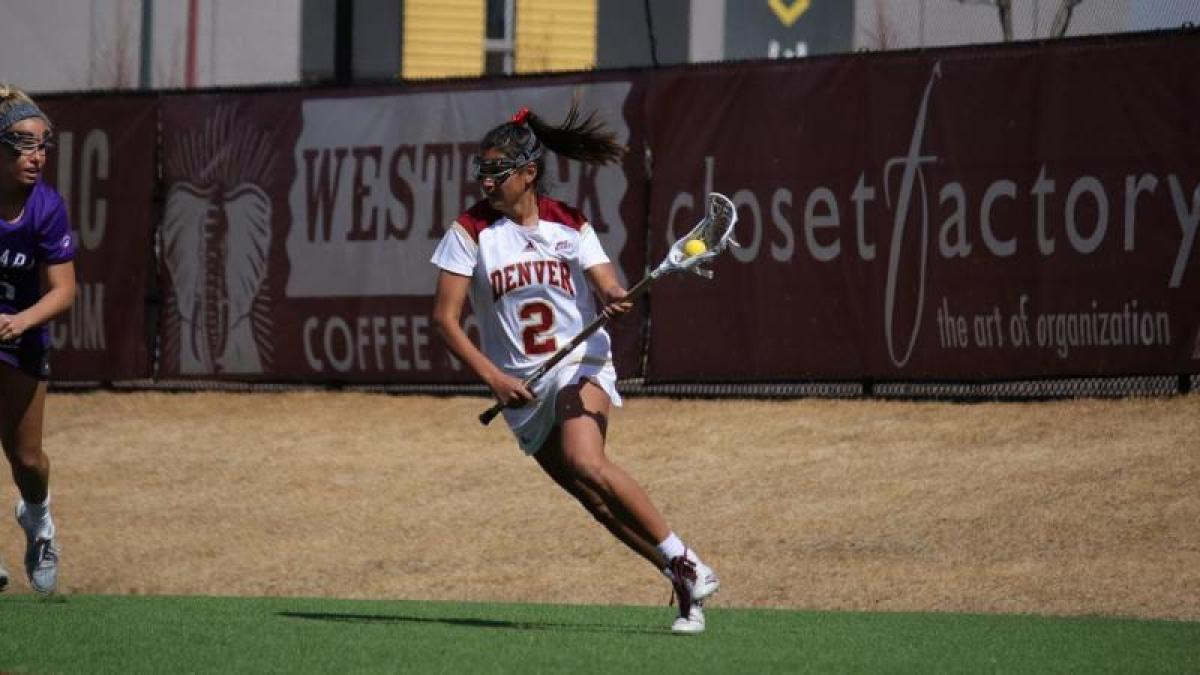 “You don’t come play Division I lacrosse to make it to the Final Four. You come to get a championship ring.”

That statement from attacker Quintin Hoch-Bullen of the University of Denver women’s lacrosse team tells you everything you need to know this year’s squad. Last year’s loss in the quarterfinals of the NCAA Tournament was not good enough, although it was the best finish in program history.

Perhaps an added motivation for this year’s team is the preseason rankings — 13th by NIKE/US Lacrosse, 10th by the IWLCA coaches association and 9th from Inside Lacrosse, the highest preseason ranking the program has ever received. That good news is made even better by the fact that, last season, the Pioneers defeated several of the schools currently ranked ahead of them.

Even so, the Pioneers aren’t risking complacency. “You’re only as good as the last thing you did, and we got our butts handed to us in the last thing we did,” says head coach Liza Kelly, referring to the team’s 17-8 tournament loss at the hands of Maryland, the eventual national champion in 2019. “All preseason polls are based on what you’ve already done, and now it’s time to go out and show what we can do.”

The regular season for the Pioneers gets underway this Saturday, when they host No. 20 Stanford at Peter Barton Stadium. It has become a tradition that these two schools open their seasons against one another.

“It’s a great opportunity to see where we are at and what we need to work on,” Hoch-Bullen says. The junior has never lost to the Cardinals and has been named a preseason All-American. “It’s good to come out and play a really good team, because you set your standards high and we only want to get better.”

Last season, the Pioneers’ strength was on the defensive end of the field. The team held a total of eight opponents to five or fewer goals. However, with several student-athletes graduating, the Pioneers have a much younger group on the back end. Senior goalie Carson Gregg returns as the starter between the pipes. Her experience and leadership have resulted in her teammates voting her a team captain.

“It’s definitely an honor to be voted by my teammates as captain,” Gregg says. “I think it’s a really awesome responsibility that I do not take lightly, and I’m just trying to be the best I can be on and off the field.”

The experience and attention now turns to the attack. Led by four juniors, including Hoch-Bullen, this squad believes it is ready to step up to the challenge.

“Our collective unit pushes each other to be better,” she says. “We are pushing each other as an attack unit to do more than we did last year.”

It’s that attitude of continuing to push each other to get better that has the Pioneers back in contention for a National Championship.

“It’s been great to put ourselves on the map and continue to grow,” Gregg says. “My freshman year we didn’t even make the tournament, but each year since then we’ve taken the next step. I think it’s encouraging for the future of women’s lacrosse at DU.”