Denver Mayor Michael Hancock delivering that message to the University of Denver hockey team on Tuesday night as the community came together to celebrate a national championship. Approximately 3,000 fans came out to Magness Arena to congratulate the Pioneers for defeating Minnesota-Duluth 3-2 on Saturday night. 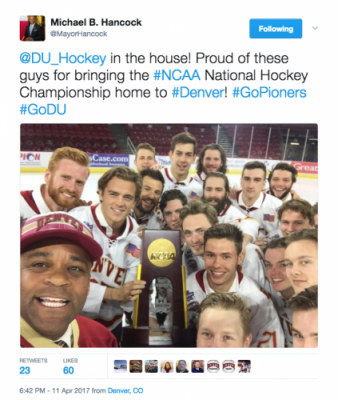 “Thank you very much for the pride that you showed this entire city and the entire state of Colorado,” Hancock said. “Thank you for showing us what champions look like.”

Denver’s mayor energized the crowd and when he was done he took his customary ‘selfie’ with the team and championship trophy.

Also there to celebrate with the fans and student-athletes was Colorado Governor John Hickenlooper. He told everyone how he felt during the final 20 minutes of the championship game.

“I might have intestinal problems that follow me for the rest of my life from that third period. But suddenly, three minutes out, I found Jesus on the ice,” Hickenlooper said referring to DU goalie Tanner Jaillet and the beard he has grown. “There was suddenly no doubt that you guys were going to win.”

The governor highlighted the winning tradition at the University of Denver. Over the last four years the Pioneers have had one sport win a national championship each year. Governor Hickenlooper finished his remarks by proclaiming April 11, 2017 as “University of Denver Hockey National Champions Day.”

DU Chancellor Rebecca Chopp talked about how impressed she was with the team’s hard work this season and the adversity they overcame, especially when junior defenseman Tariq Hammond was taken off the ice on a stretcher with a broken ankle.

“We are so proud of your work, your discipline, your dedication, your resilience and your winning spirit,” Chopp said. “What you have done for us and this University is so impressive.”

The evening ended with the fans hearing from senior captain Will Butcher and Coach Jim Montgomery. Butcher and his teammates have barely let the championship trophy out of their sights since Saturday night.

Butcher thanked the fans for supporting the team this season, sentiments shared by Montgomery. However, Montgomery got emotional at the end when he shared a message with his student-athletes.

“I asked and demanded, and our staff asked and demanded, a ton from you. Not only did you deliver with effort, execution, emotion and energy, but you demanded it from each other and you wouldn’t stop pushing until you achieved your goal,” Montgomery said. “I could see it in your eyes from the time we got to Cincinnati, I thought we were going to win. It was awesome to watch you guys do it for each other and it was awesome to be a part of this.” 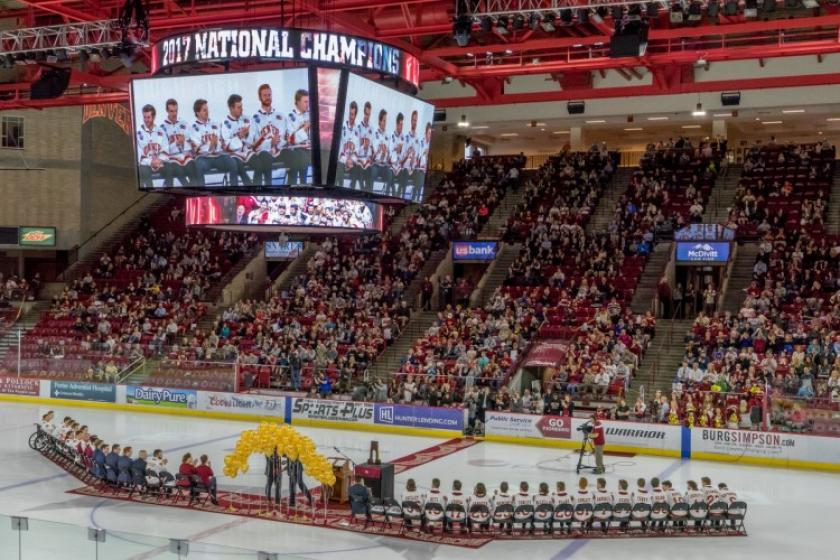 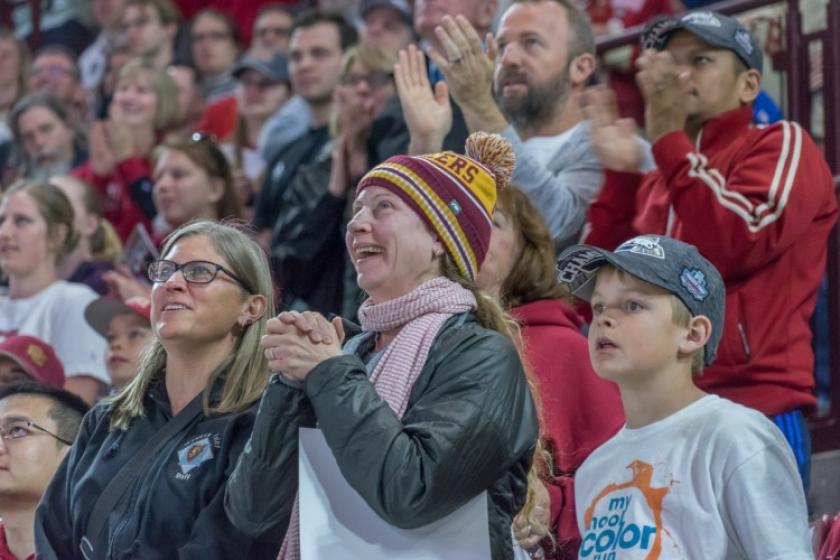 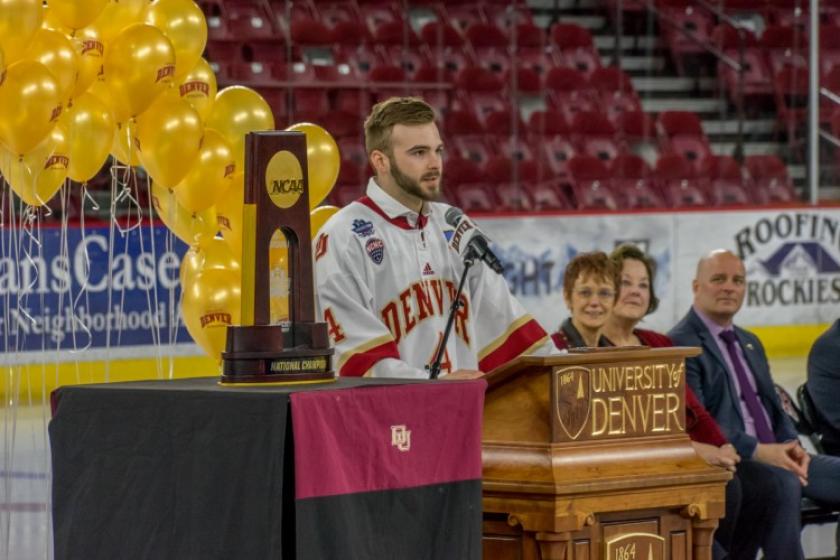 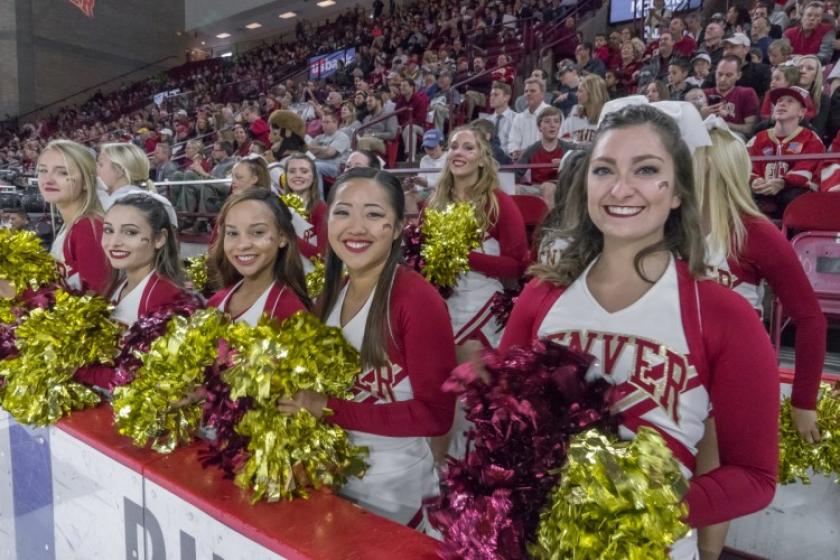 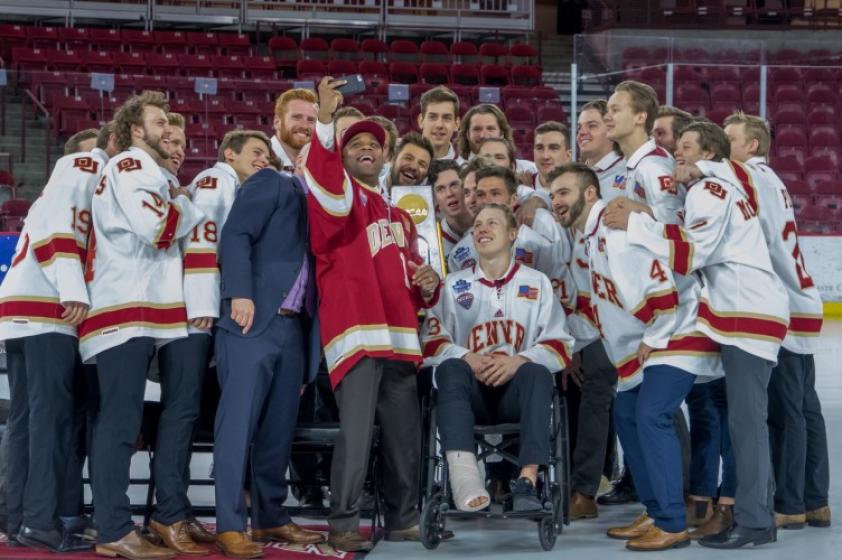 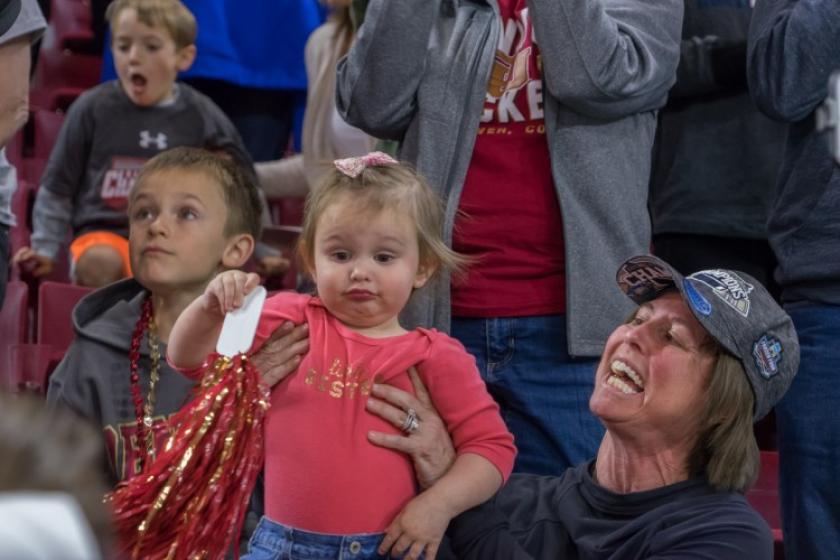 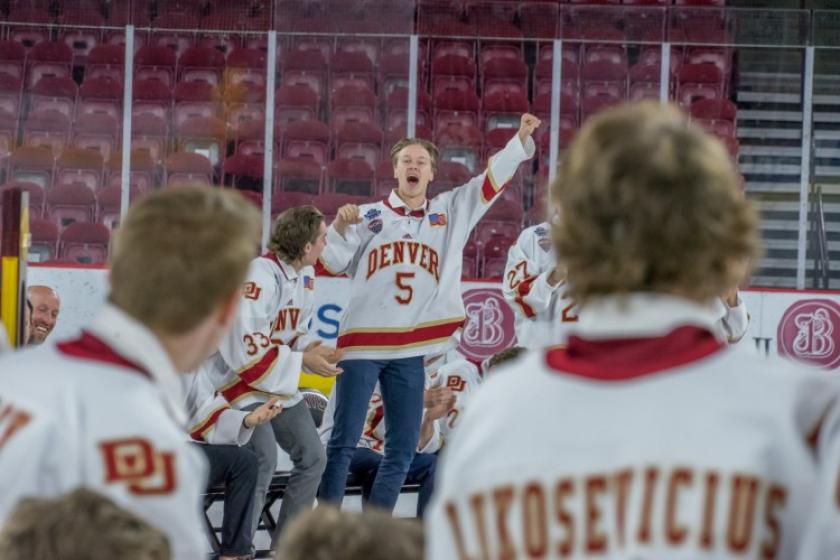 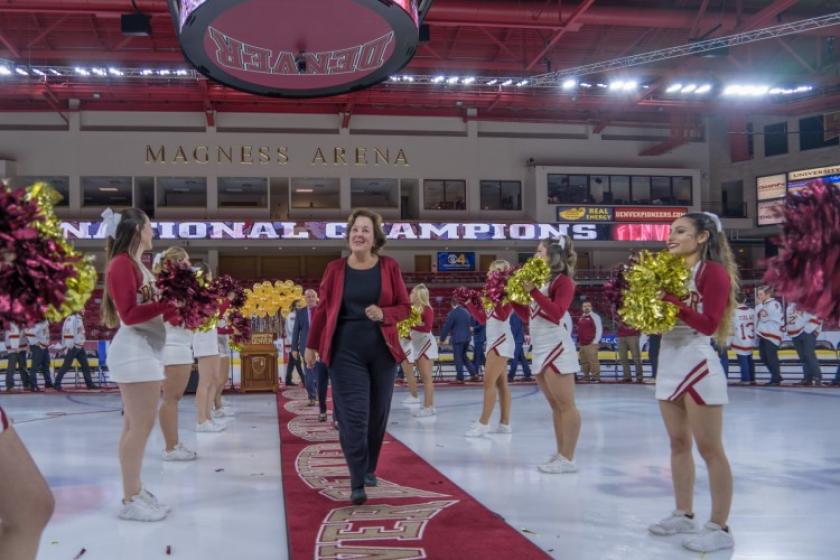 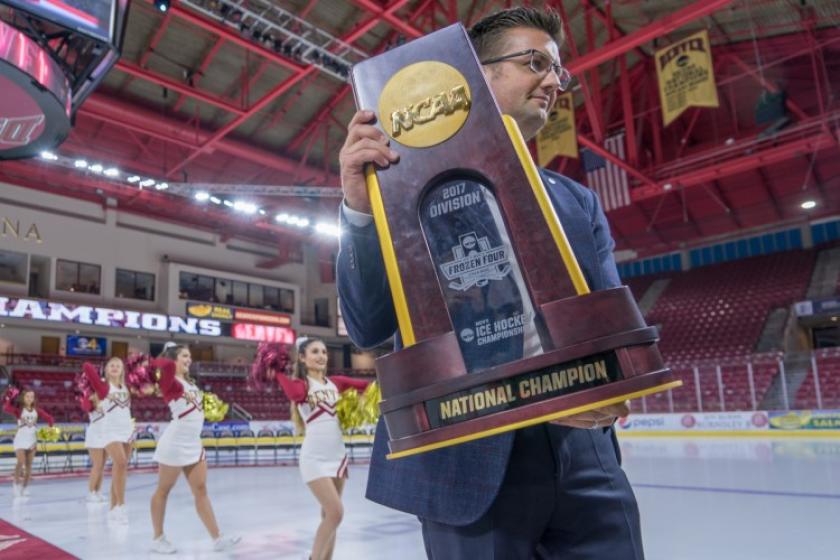 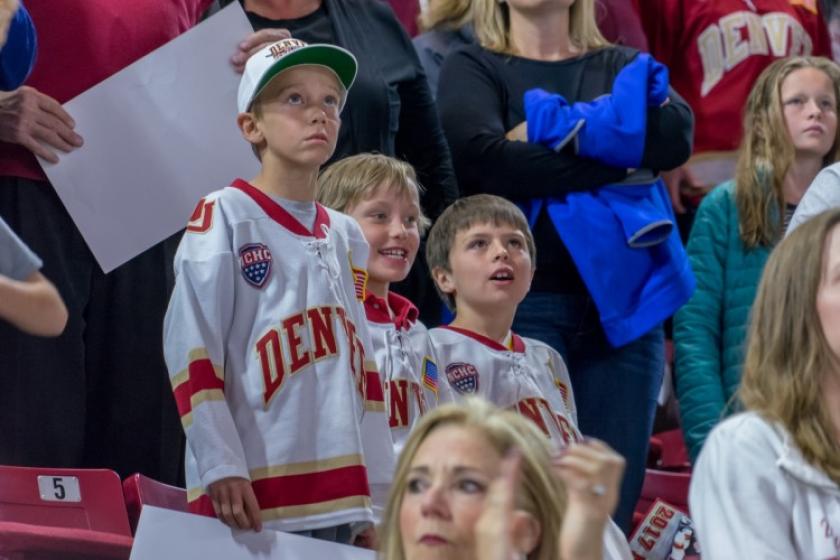 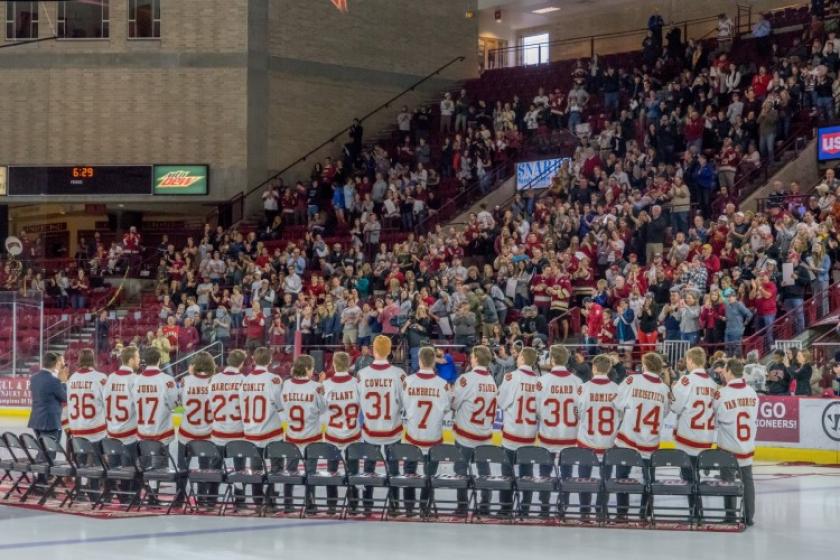 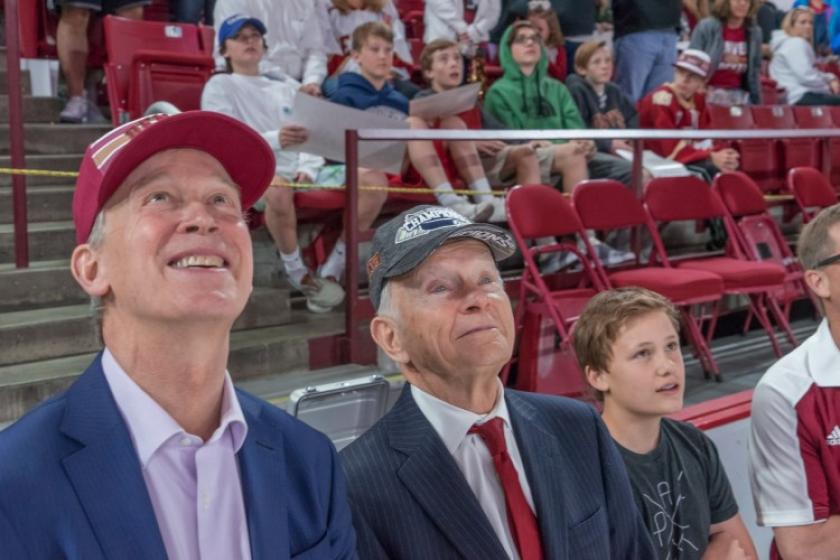 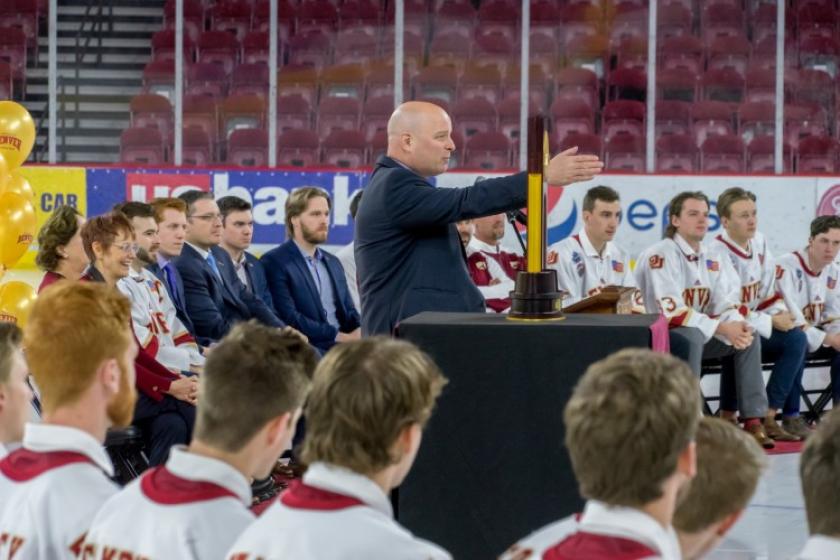 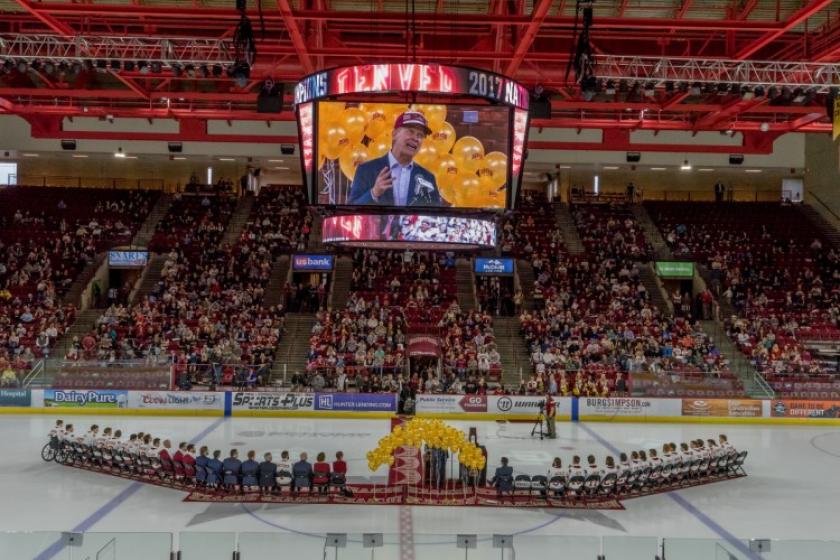 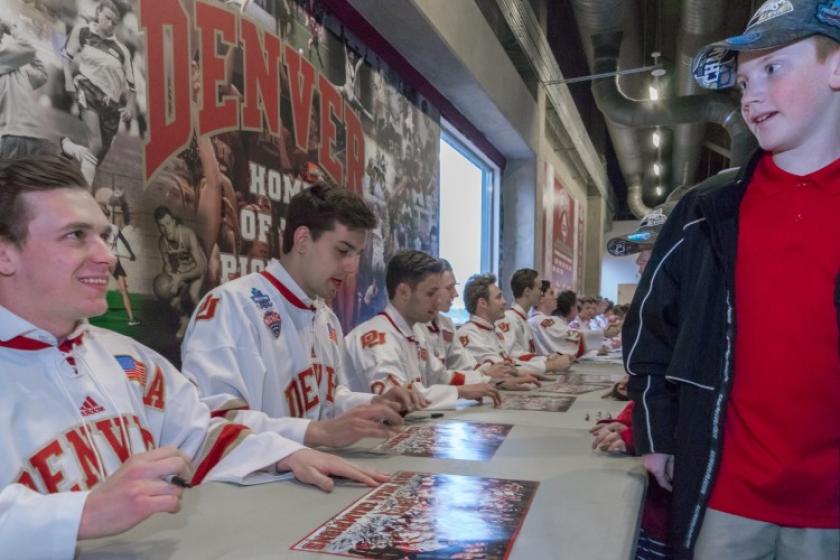 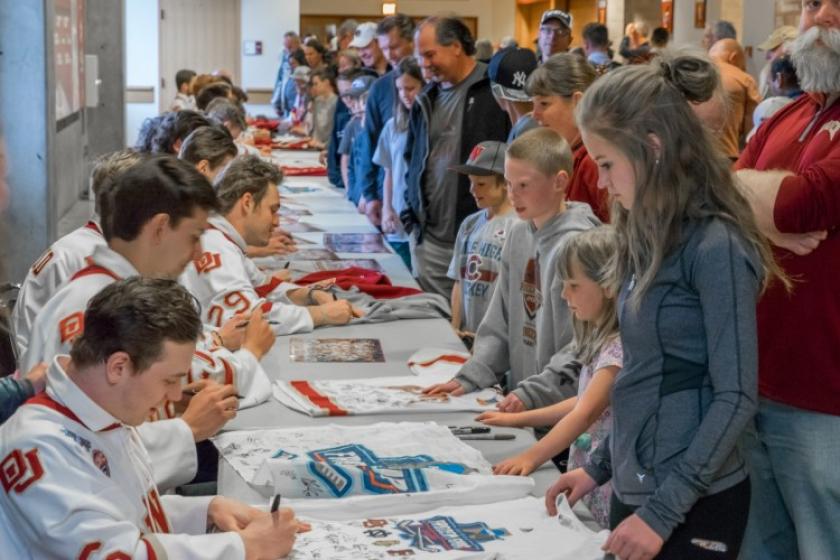 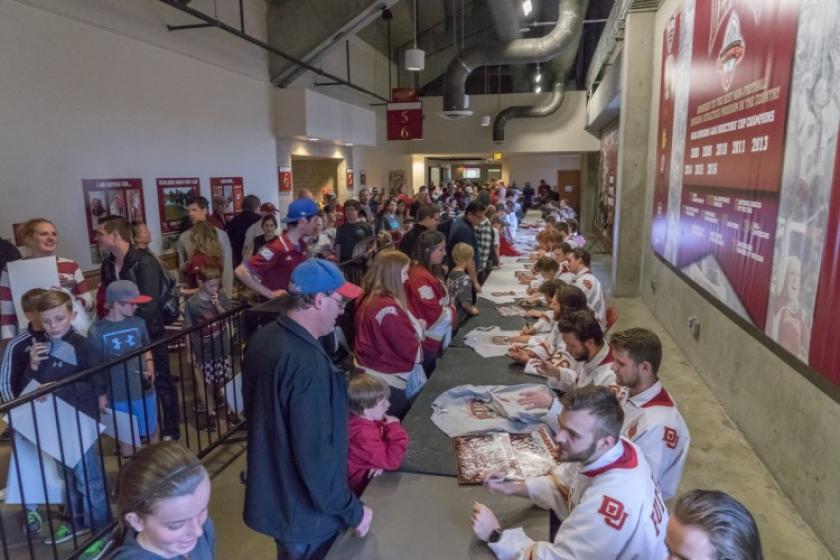 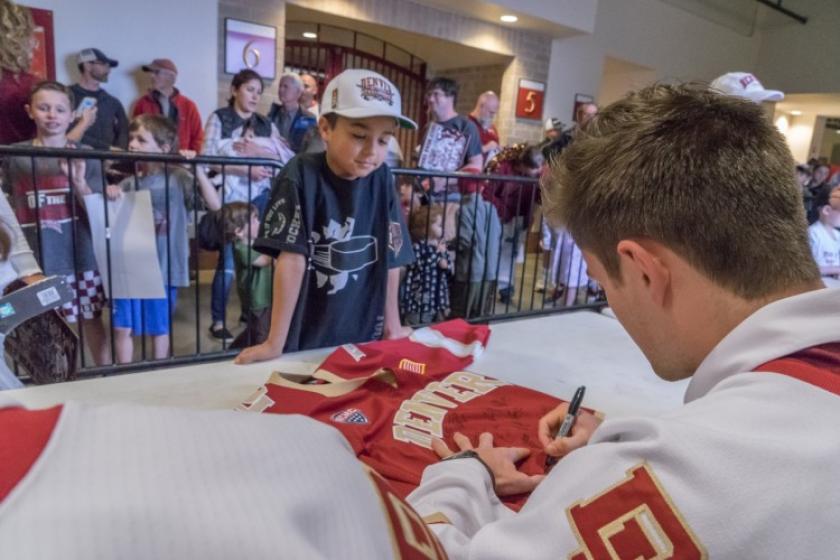 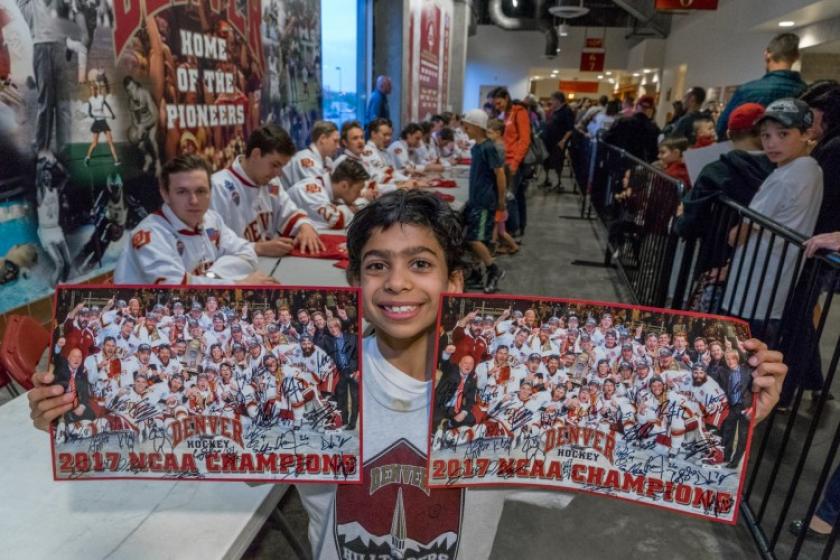