Kyle Speller is no stranger to the University of Denver campus.

“I could kind of say I almost grew up on that campus,” he says.

Since the soon-to-be alum moved to Denver in 1979, he’s marked milestones along the way on DU’s campus. First as a drummer in the Denver Junior Police Band that played at DU hockey games in the 1980s, then for his basketball games, his kids’ basketball practices and family graduations. But this Friday, when Speller steps foot on DU’s campus, the milestone will be all about him. 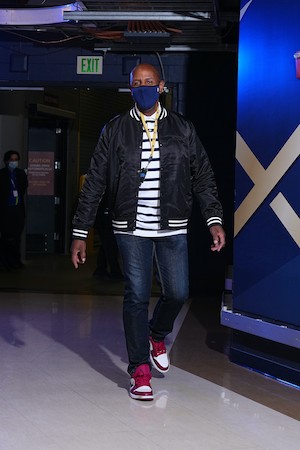 “This one is really special,” he says. “Wow — it’s what I’ve been waiting for. I’m so excited about this one. I think more than any graduation that I’ve been a part of — my undergrad, the University of Phoenix [graduation for a master’s degree], my high school … all of that.”

Saturday marks the end of a four-year journey to earn a second master’s degree, this one in strategic human resources, with a concentration in learning and development from DU’s University College. And for Speller, the past four years have been quite the balancing act.

“I always say I’m keeping the plates spinning,” he says. “In my enrollment here at DU, I’ve done all my program online, which allowed me the flexibility to be able to do everything else I needed to do as well.”

And by everything else, he means his role as student and full-time employee at Comcast. Plus, Speller is a dad to three, a husband of 24 years and an associate pastor at the Emanuel Christian Center. Denver sports fans might recognize his voice from game nights. He’s the public address announcer and team chaplain for the Denver Nuggets — one role that made his balancing act especially tricky during the pandemic.

After COVID-19 halted all sports, the NBA decided to resume basketball several months later with the bubble system. Only the teams, coaches and core staff were invited to Orlando to eat, sleep, practice and compete in a strict lockdown mode with frequent testing. Speller was invited to be one of the few announcers to go to the bubble, a three-month commitment. 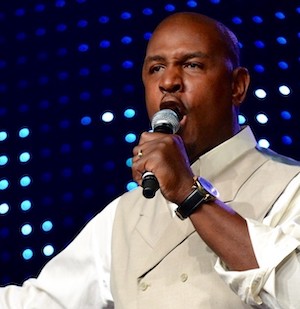 “I was in the bubble announcing games, doing homework and also working as well,” Speller says about the summer of 2020. “When other people were waiting around for the games to start, I had work to do. I was away from my family that entire time, but [class work] actually helped the time fly by.”

That work, he explains, helped him refine his career ambitions. As a longtime employee with Comcast in the HR space, he discovered his passion for facilitative leadership in DU’s program.  The program also helped him succeed in his current position as a lead trainer for the company.

“There was one class that asked about our future plans,” Speller recalls. “We had to write about that. I think in that moment is where I wrote down I would love to move into an actual facilitative leadership role within a corporate setting to make an impact. And that’s exactly what happened in January. I’m excited about it. This program is what really led me there.”

Aspiring to be an impactful leader is what motivates Speller to continue learning and advancing his knowledge.

Of the many skilled leaders and instructors Speller encountered at DU, one stands out: professor Gaulco in the organizational leadership program.

“He was just tremendous,” Speller says. “He doesn’t even know it, but he was a huge blessing and an encourager for me. I’m so grateful for him.”

As Speller gets ready to embark on life as a DU alumnus, he is counting the many ways the University has shaped his life.

“I’m coming away from this feeling like I’m part of a community that I’ve never been a part of before,” he says. “Every time I step by the campus or drive past it on I-25, I look over like, ‘That’s my school right there,’ and I’m proud.”