On Monday, Jan. 17, the University of Denver celebrated the legacy of Martin Luther King Jr. The Division of Diversity, Equity and Inclusion (DEI) hosted a new event that will become an annual tradition at DU. Not only did it bring together the campus community, it also included the Denver community.

The theme of this year’s celebration, held in person at the Robert and Judi Newman Center for the Performing Arts and streamed virtually, was “The Security of Justice.” One of King’s many legacies is a commitment toward creating and pushing for justice.

“We wanted to create this event for the DU community, but also the Denver community,” says Andriette Jordan-Fields, Black Community Initiatives coordinator and organizer of the event. “This was really an effort to start an annual event for Martin Luther King Jr. Day and invite the local community.”

The event also featured the reading of an essay written by Matthew White, a senior at Denver’s East High School. White was one of 36 students to enter an essay contest open to students from Denver and Aurora Public Schools. Students were asked to explore the meaning of a well-known King quote: “Injustice anywhere is a threat to justice everywhere.” The quote is drawn from King’s famous “Letter From Birmingham Jail,” written when he was incarcerated for participating in marches and sit-ins against racism.

White’s essay focuses on those who were pivotal to the Emancipation Proclamation, the creation of the Civil Rights Act and Voting Rights Act, and those who continue to fight persisting injustices. He called these individuals fighters, leaders and an inspiration.

His essay was selected as the best entry by DU faculty, staff, students and the Black Advisory Board from Western Union, a community partner for the event. In addition to his essay being read at the event, White won a $5,000 scholarship to DU for every year he remains a full-time student and in good academic standing. White has been accepted to DU but has not yet decided where he will go to school in the fall. He was honored to have his essay selected and shared with event participants.

“I hope that they feel inspired to make a change, to participate in a protest or to start a petition,” White says. “Do something to help spark a change.” 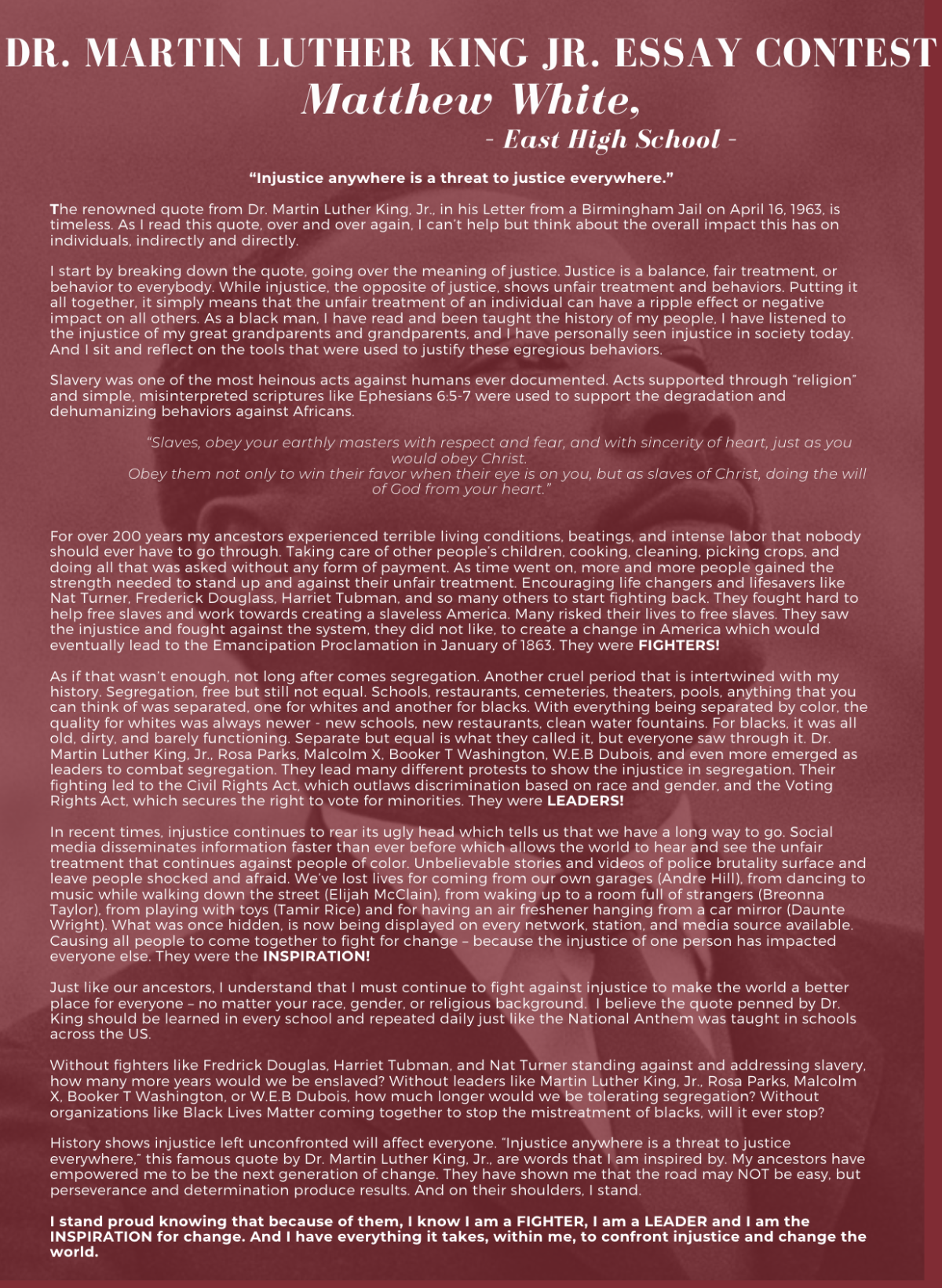