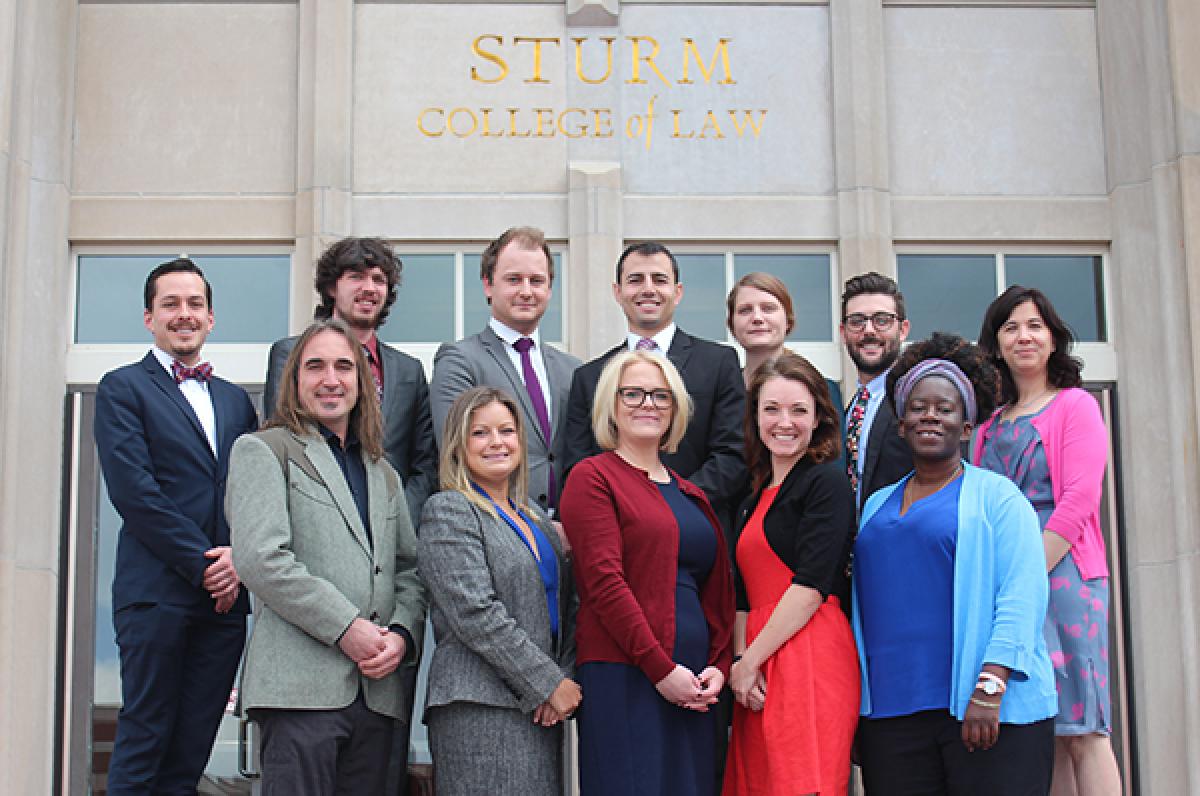 In December of 2017, a report from the U.S. Department of Housing and Urban Development showed that Colorado’s homeless population had risen nearly 4 percent since the same time in the previous year. While it’s clear that homelessness is a real issue in the state, many people remain unaware of the challenges that face people experiencing homelessness in Colorado cities.

A group of students at the University of Denver Sturm College of Law is trying to change that by looking at city ordinances in Boulder, Colorado Springs and Denver that disproportionately affect homeless people. Their report, “Too High A Price 2: Move on to Nowhere,” explains how laws that prohibit camping, sitting or lying down in public, as well as begging, and loitering, target the homeless.

The students, who are part of the Homeless Advocacy Policy Project (HAPP), conducted their research to follow up on a 2016 study, “Too High A Price,” that looked at similar laws.

“Despite the concerns expressed in our first report, Colorado policy makers have continued to address ‘visible poverty’ in their cities by enacting and enforcing ‘quality of life’ ordinances,” says Nantiya Ruan, professor of the practice of law and faculty advisor for HAPP. “These ordinances typically prohibit life-sustaining behaviors that homeless individuals need to survive, such as sitting, sleeping, camping and panhandling in public places.”

The group found that between Denver, Colorado Springs and Boulder, at least 37 ordinances criminalize behaviors associated with people experiencing homelessness. They also found four additional ordinances with similar effects in Denver that had passed since 2016. What’s more, Boulder and Colorado Springs have increased the number of citations issued under their camping bans. Of the 376 citations for camping issued in Boulder in 2017, 81.9 percent went to homeless individuals.

“I was surprised that citations for the camping ban in Colorado Springs went up 545 percent in the span of three years,” says Bridget DuPey, one of the report’s authors. She also noted that while the city of Denver has decreased its citations for camping-ban violations, the number of so-called “move-on orders” has skyrocketed. “It appears they are issuing those in lieu of actually writing tickets,” DuPey says. “At the end of the day, they’re not criminalizing the behavior, which is a step forward, but when you’re telling people to move on without enough shelter services available, they have nowhere to go.”

Another student-author, Darren O’Connor, agrees. “The most surprising thing we found was that between 2016 and 2017, Boulder increased its spending on programs to address homelessness by about $6 million. And yet for all that money, they actually have less shelter beds available and have made it harder for people to get into the shelters.”

One other finding related to the city’s smoking ban also stood out to O’Connor. “You are 300 times more likely to get a smoking ticket in Boulder if you’re homeless,” he says. “It’s hard not to conclude that this ordinance is a means to push people to move along out of the downtown area where the smoking ban is enforced.”

He adds, “These laws look neutral, but when you look at how they’re actually implemented, the neutrality fades away.”