Testing the Limits of the Body and Mind 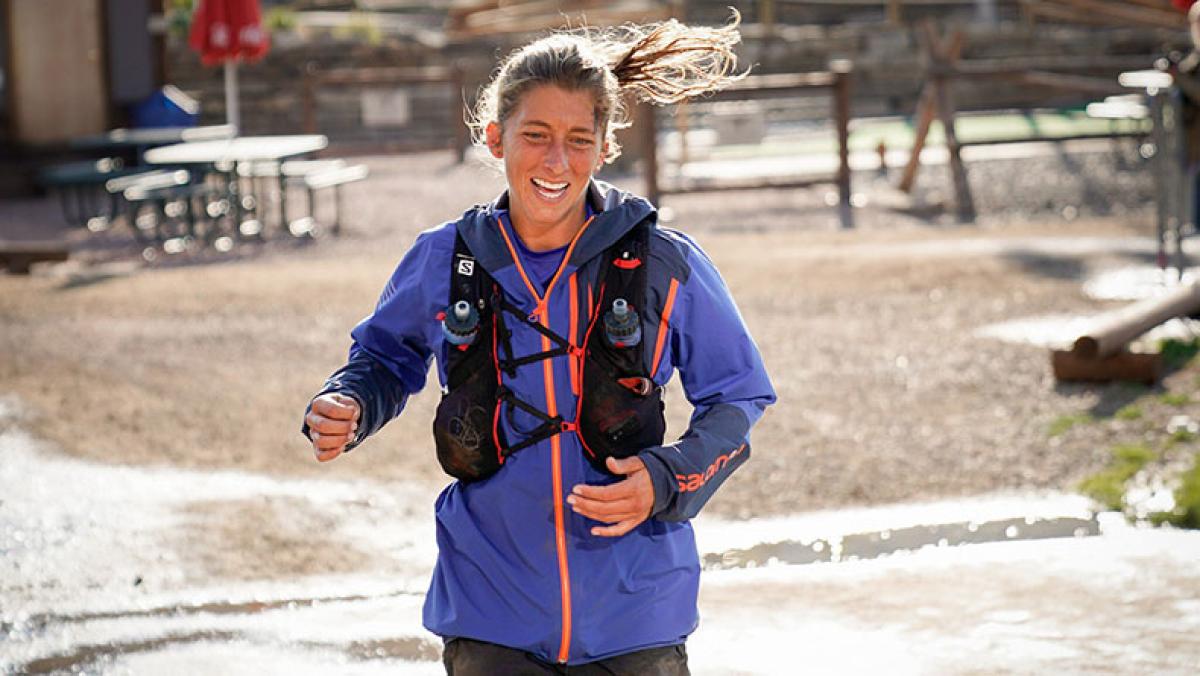 With a bachelor’s degree in biology and several years spent teaching science, DU alumna Courtney Dauwalter is no stranger to experimentation. But, instead of dissecting frogs or studying insects, her interests have gotten a bit more personal. Dauwalter is testing the limits of the human body and mind, and she’s using herself as a test subject.

“I’m so curious what humans are capable of mentally and physically,” Dauwalter says.

Last month, she ran 100 miles of remote trail, with an elevation gain of nearly 18,000 feet, in under 18 hours as an entrant in the Western States 100-mile Endurance Run. She finished first among female competitors with a pace just over 10 minutes per mile. Simply completing the race would have been an astonishing accomplishment. Winning it is almost unfathomably impressive. Now consider the fact that the ultramarathon was Dauwalter’s sixth of the year. And 100 miles isn’t even half of what Dauwalter is capable of. Just last year, she had the best overall time in the Moab 240-miler, where she finished a full 10 hours before her nearest competitor.

“To just keep looking for my own limits has me continuing to put in the training and continuing to sign up for the races that are going to require me to push really hard,” Dauwalter says. 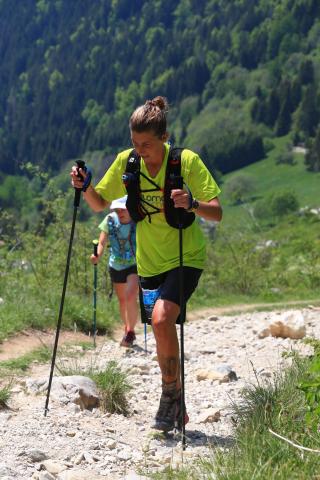 Back in 2011, Dauwalter officially broke into the ultrarunning world with her first 50k race and a full 50-mile race just a few months later. The jump from mere marathons to ultrarunning was a natural transition, Dauwalter says, but it came with a significant learning curve. “I had been racing and I knew that it was OK to feel pain, but I had never felt pain quite like the ultrarunning world exposed me to,” she adds. “It’s more like a race against yourself and against the course and against the day, than it is anybody else out there.”

While those early races didn’t result in wins or records, her lowest racing moments still deserve a place on Dauwalter’s metaphorical trophy shelf, she says. “One thing I’m proud of if I look back is my first 100-mile attempt. I failed it. I dropped out of the race at like mile 60. That would have been a really easy spot to say, ‘Well, 100 miles isn’t for me. I’m just not built for that distance or I’m not capable of it,’ and just stuck with the shorter stuff,” she says. “Instead, it got me just really fired up to figure it out and do it right.”

Dauwalter has nailed down her strategy for success, but even so, the proverbial pain cave is always part of the run. In addition to fatigue, hunger and sleep deprivation, Dauwalter has pushed through temporary blindness and falls. Once the race ends, the pain is far from over. Six days after the Western States 100, Dauwalter was just getting back to normal. “I’m finally sleeping through the night again, and my legs feel great so I’m walking normal again,” she says. “Those first couple of days, it’s none of those things.”

Always a glutton for punishment, Dauwalter is excited to push her body and mind forever further. Big Backyard Ultra is set for Oct. 20 and will give Dauwalter the chance to take her experiment to a new level. “It’s a last-person-standing event, so there’s no actual finish line and there’s no set time you race for. It’s a 4-mile loop, and we go until there’s one person willing to do another lap,” she says. “I think that’ll be a cool challenge.”

Superhuman though she may seem, Dauwalter insists she’s just a bit more stubborn than most. In fact, she thinks anyone can accomplish the same feats: “The cool part about ultrarunning is if you can get your mind excited about it and you can get your body ready for it, anyone can get out there and enjoy an adventure of a day out on the trails.”