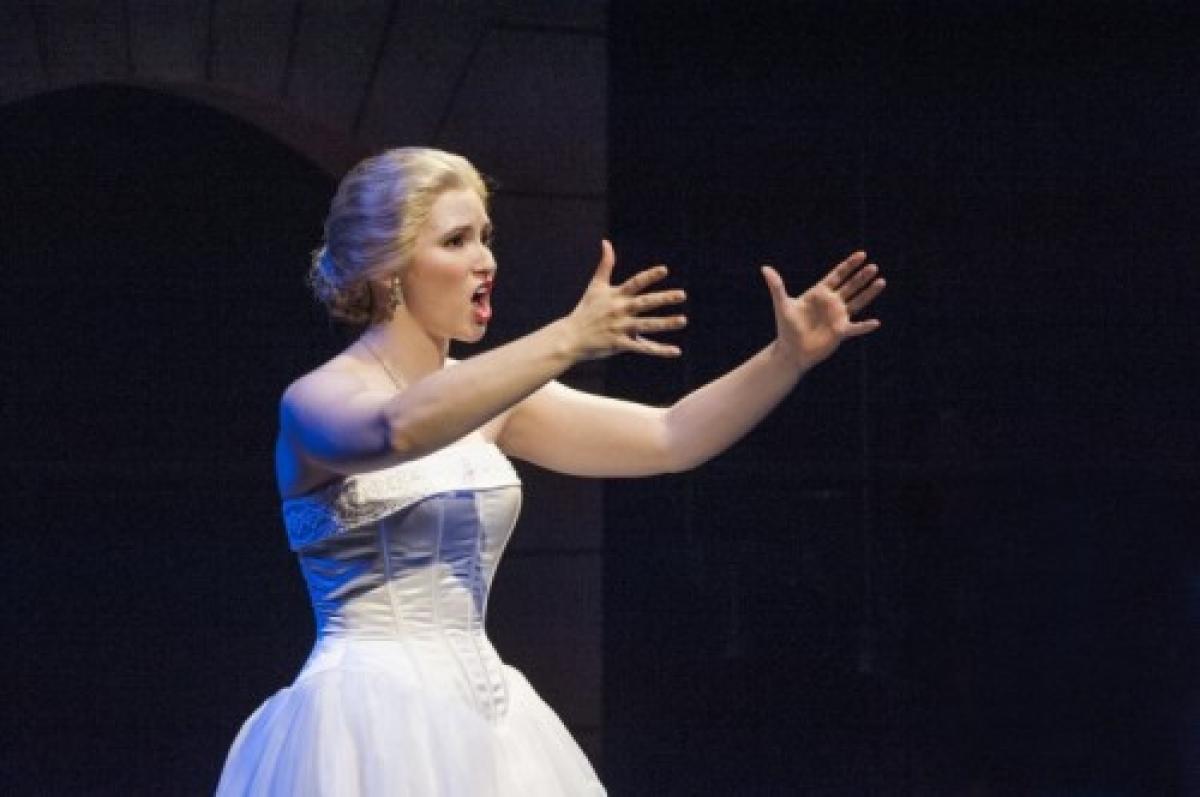 It’s been two years since Jenna Bainbridge (BA ’14) graduated from DU and ventured into the world to fulfill her dream of acting and singing on stage. For her, it was more than just being underneath the bright lights in front of big crowds — it was about her passion for the art and not allowing anything to stand her in way.

This month, Bainbridge brings that passion and dedication back to DU as she takes on the lead role in “Evita” at the Robert and Judi Newman Center for the Performing Arts. It’s running periodically now through Aug. 7. For tickets or more information, click here.

Bainbridge, who was left partially paralyzed from the waist down when she was just 18 months old, is one of many disabled actors performing in the play, produced by Denver-based PHAMALY(Physically Handicapped Actors and Musical Artists League). The professional theater company produces plays and musicals cast entirely of performers with disabilities (physical, cognitive and emotional). This is Bainbridge’s 10th year with the organization. 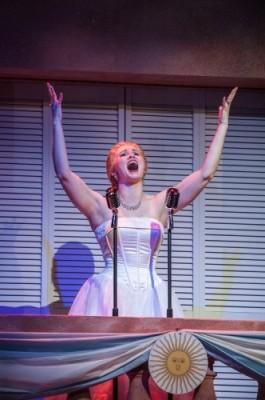 “PHAMALY is really incredible because they are really willing to adapt and rethink things. It allows for some really beautiful moments,” Bainbridge says. “It’s a very liberating experience to not have to hide anything.”

Bainbridge is no stranger to the stage. She’s been active in theater for more than 15 years, and her first show with PHAMALY was “The Wiz,” in which the character who played Dorothy was blind. Her seeing-eye dog, meanwhile, was cast as Toto. That’s the kind of resourcefulness and creativity that delights PHAMALY members. Bainbridge, in fact, considers her work with PHAMALY as collaboration between her art and her disability.

Playing the role of Evita is no easy task, but it’s one that Bainbridge knew she was up for and a challenge she was more than willing to take on. It’s also her first time on the Newman Center stage since her sophomore year of college.

“Music is my favorite thing in the world. This was one of the most vocally demanding roles for a woman,” Bainbridge says. “It’s been very surreal to be back at DU. There was that moment when I realized I still knew the elevator code and how to get around backstage. It’s been a nice moment of nostalgia to come here.”

When she’s not acting and singing, Bainbridge keeps busy as a voice coach at her own studio. Now and then, she auditions for films and commercials. And while she’s grateful for the opportunities with PHAMALY, like every actor, she dreams of the next big role and the next challenging production: “Les Misérables,” and “Hamilton” are on the short list.