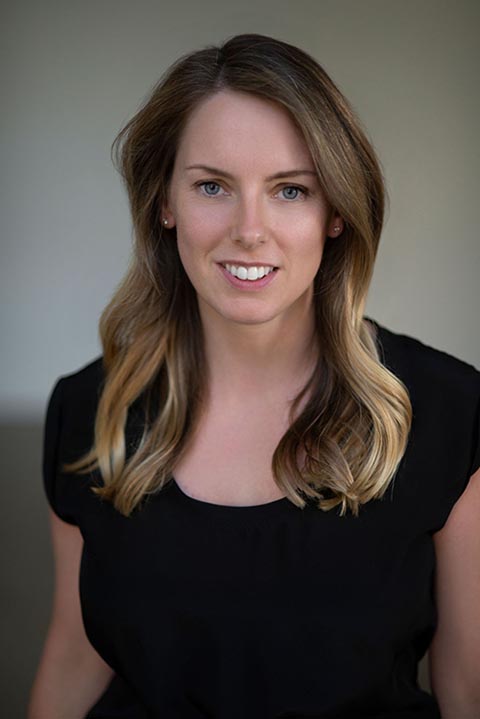 When Donald Trump was elected president, University of Denver alumna Maria Caffrey was working as a scientist for the National Parks Service (NPS), preparing coastal climate change predictions to guide the agency’s planning and programming. Though candidate Trump had called climate change a hoax on several occasions, Caffrey was told to carry on with business as usual.

“I was a government scientist. I wasn’t a political appointment, so my work, as I saw it, could continue as it always had — delivering the best science to the American people,” Caffrey says.

Little did she know then that her career and future were on the line, about to become casualties of the kind of politicization that scientists have long deplored. Over the next few years, Caffrey would find herself at the center of a battle over censorship and of numerous media inquiries into the fate of “settled science” in a controversial administration.

“As the [Trump] administration started to get more involved in day-to-day operations, things started to get a little stranger,” Caffrey recalls. “Suddenly people were a little more hesitant to publicly talk about climate change.”

At the time, Caffrey, who graduated from DU in 2007 with a master’s in geography, was preparing scenarios about the agency’s 118 coastal parks. Her findings, scheduled for publication in 2016, were expected to draw some serious media and scientific attention. But the publication date kept retreating, and Caffrey stepped away from the NPS for maternity leave.

That’s when the trouble started.

“It was while I was on maternity leave that I had a colleague reach out to me and say that people very high up in the NPS system were editing my report to take out anywhere where I mentioned that humans are the cause of climate change,” Caffrey recalls.

For Caffrey, that was unacceptable, so she began mounting her arguments against the move to censor information that is largely regarded — by the research community and countless environmental bodies worldwide — as settled science. In no time, Caffrey’s battle captured the attention of “Reveal” reporter Elizabeth Shogren, who produced a podcast episode on the squabble.

Ultimately, negative press and continued pushback led to the NPS publishing her report in May 2018. But less than a year later, Caffrey found herself without a job when the NPS declined to renew her funding. The agency even denied her request to volunteer her services, she says.

Since leaving the NPS, Caffrey has continued her fight for the integrity of research and for the protection of scientists. With the help of the Climate Science Legal Defense Fund, she filed a whistleblower complaint against the Trump administration and testified to Congress, sharing her concerns about the politicization of climate research. She was also invited to speak at the 2020 Democratic National Convention. There, she told the assembled delegates about how her experience at the NPS has affected her life and career.

“It felt like I had fallen into some alternate reality where colleagues who were totally on board with the science, who would never question it, who considered this settled science, were suddenly overnight telling me I have to edit my words to suit a political agenda,” she says. “It was shocking that we would do that.”

Caffrey calls the experience harrowing, and with her whistleblower complaint on the table, it isn’t over yet. But through it all — the job loss, the harsh criticism, the damage to her career — she has remained focused on the threat of climate change.

“You might think of climate change as this gradual warming, but there are so many other events that are going to punctuate that time. In the West, we are covered in smoke from wildfire. We have an unprecedented number of hurricanes that have made it through the Atlantic this season,” Caffrey says. “We don’t have time to sit out. We need to be taking action now. … That’s why I felt it was really important to fight back.”

What’s more, Caffrey wanted to set an example for her daughter. “When you’re being bullied into something you know isn’t right, I think it’s important to stand up for that. I wasn’t going to take that kind of bullying. I was going to stay calm and keep doing my work.”

In the months since losing her position, Caffrey has succeeded in bringing national attention to the plight of climate scientists under the Trump administration. Although she has emerged as an effective activist, that’s not the work she loves and longs for.

“I would really like to be able to get back to work,” she says. “I’d like to go back to my quiet life where I can do my best to contribute to America’s legacy, which is its public lands.”