Three new trustees have been elected to join DU Board 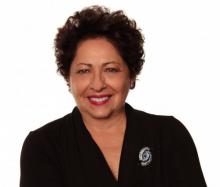 Katherine Archuleta – Began her career as a school teacher in Denver and worked in local government for Denver Mayors Federico Pena and John Hickenlooper. She worked for the U.S. Departments of Transportation and Energy in the Clinton Administration and was Chief of Staff to U.S. Labor Secretary Hilda Solis during the first two years of the Obama Administration. Archuleta has had an extensive career in government and until 2015 served as the first Latina to head the U.S. Office of Personnel Management, a position to which she was appointed by President Obama in 2013. In addition to her government experience, she is a founder of the Colorado Women's Foundation and Mi Casa Resource Center. Archuleta recently created the Latino Data Project in partnership with Latino Decisions to provide a combination of demographic analysis, polling and voter file-modeling in the state of Colorado. 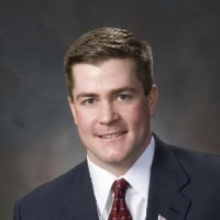 Brandon Johnson (BSBA ’98) – A DU graduate, Johnson received his Master of Science in Finance in 2002 and a Bachelor of Science in Business Administration in 1998. He serves on the boards of Children’s Hospital Colorado Foundation and the Boys & Girls Clubs of Metro Denver where he chairs the Investment Committee, sits on the Executive Committee, Board Nominating & Governance Committee, and the Leadership Council. Additionally, Johnson serves on the Development Board of Colorado UpLift as well as the Advisory Boards for ACE Scholarships and the Boy Scouts of America Denver Area Council. He is also a trustee of the Carson Foundation, a Denver-based philanthropic foundation that supports educational reform and after-school initiatives for underprivileged youth in the greater metro Denver community. 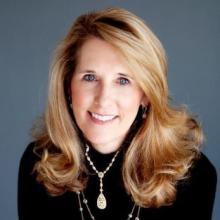 Mary Rhinehart (MBA ’98) – Current Chairman, President and CEO of Johns Manville (JM), a global manufacturer of premium building materials and engineered products. Rhinehart serves on several boards including University of Colorado Health Systems, CoBiz Financial and Ply Gem Industries Inc. She is on the Executive Committee for the Policy Advisory Board of the Harvard Joint Center for Housing Studies, a member of the International Women’s Forum, The Colorado Forum, C200, The Leadership Investment and the Boy Scouts of Colorado. Rhinehart has received the Alumni Service Award from the Leeds School of Business at the University of Colorado, been named Woman of the Year by Women’s Vision Foundation and was named CFO of the Year by the Denver Business Journal. Rhinehart received her M.B.A. from the University of Denver in 1998.