For the fourth straight season and the eighth time in nine years, the University of Denver has been awarded the Learfield Sports DI-AAA Directors’ Cup. The Pioneers 52nd place national finish in the overall Division I standing is Denver’s 4th best finish in school history.

The Learfield Sports Directors’ Cup was developed in 1993 as a joint effort between the National Association of Collegiate Directors of Athletics (NACDA) and USA Today. It is awarded annually to the nation’s best overall collegiate athletics program, and points are awarded based on each institution’s finish in up to 20 sports – 10 women’s and 10 men’s.

“This trophy continues to be one of the major goals our athletic department strives for every year, and I’m very proud of our student-athletes, coaches and staff for accomplishing this crowning achievement once again,” said Peg Bradley-Doppes, vice chancellor for Athletics, Recreation and Ritchie Center Operations. “Our tremendous student-athletes continue to perform at an extremely high level, both in the classroom and on their respective playing surfaces. The DU student-athletes, coaches and staff share this trophy and success with our loyal fans, generous donors and sponsors of DU Athletics.” 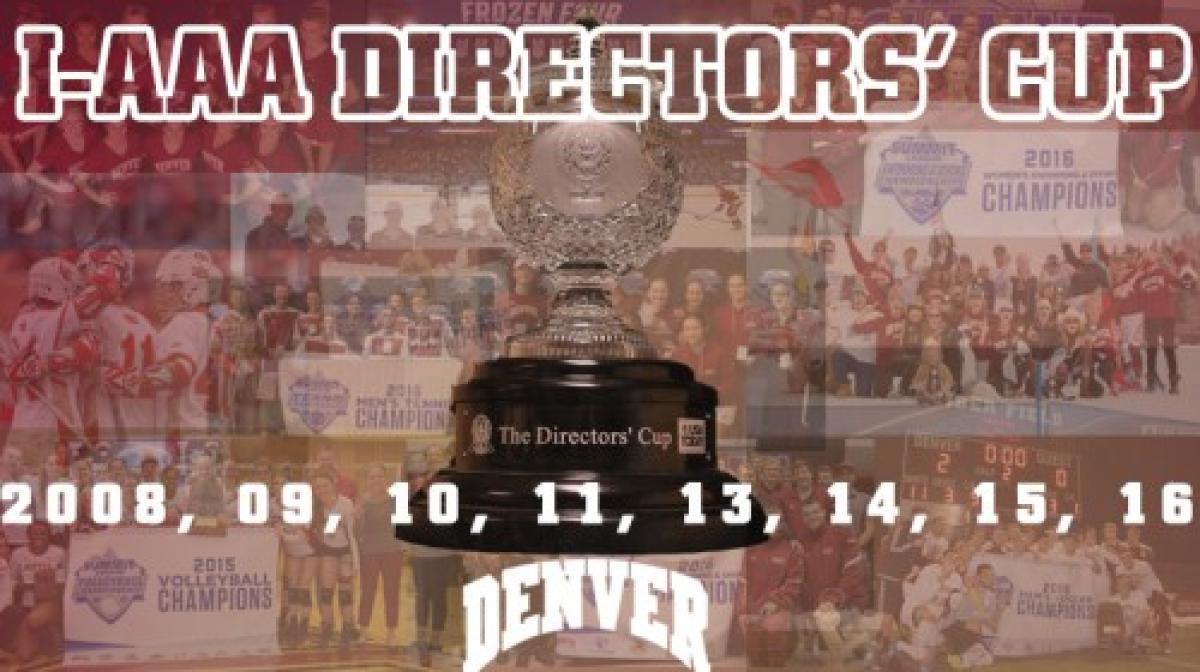 A number of accomplishments within Athletics helped the Pioneers in securing the Directors’ Cup, including men’s soccer earning its first-ever NCAA Division I second-round appearance and volleyball booking its second consecutive NCAA Tournament trip. Added to that is DU skiing’s 23rd National Championship, hockey’s first trip to the Frozen Four since 2005, and DU’s gymnastics program making its 18th consecutive NCAA Regional appearance – which included a national floor title win by redshirt-senior Nina McGee.