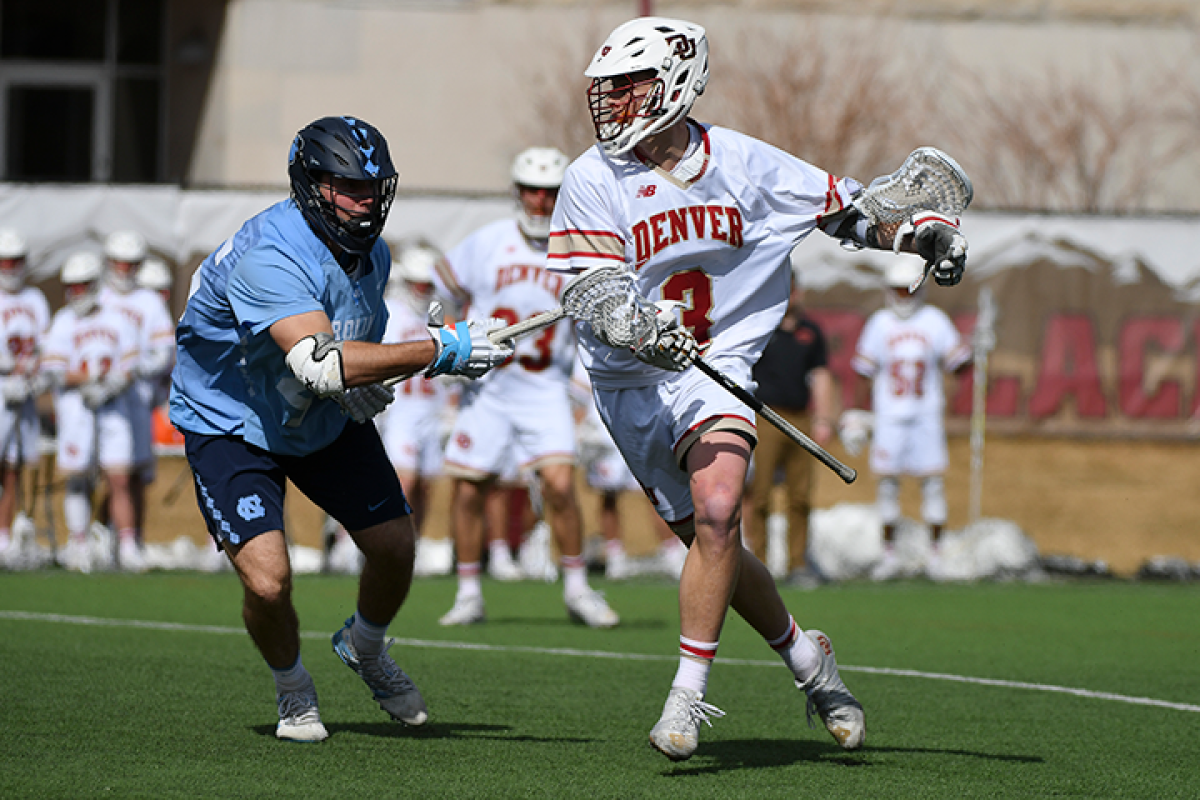 College lacrosse rosters around the country will look a little different this spring.

“This could turn out to be the most overall talented year in [NCAA] Division I men’s lacrosse ever,” says University of Denver head coach Bill Tierney, who is entering his 47th year of coaching.

Last season barely started before it came to an end because of COVID-19. Seniors believed their college lacrosse careers were over, and many thought they would never play again.

“It was pretty emotional for the senior class, and it was really one of the saddest times of my life,” says Ethan Walker, a senior captain on last year’s team. “You only get so many years to play college lacrosse.”

“We all decided that it would be in our best interest to finish out our playing careers in Denver and not have it end the way that it did in March,” Walker says. “We wanted to take another run at a national championship.”

With 12 graduate students and nine seniors on the team, the Pioneers have the most experienced lineup Tierney has ever coached. It’s also the largest roster he’s ever had with a total of 66 student-athletes.

“These guys are the most talented and unselfish guys I have ever been around,” Tierney says. “We are trying to get everyone to understand what their role is; they [have] got to play it and be unselfish. Even if you are the 66th guy, you are playing an important role for the betterment of our team.”

Entering the season ranked No. 5 in the country, DU is not alone in boasting deep and experienced lineups. In fact, most schools ranked among the top 10 are in similar situations.

“This is going to be one of the greatest years of college lacrosse with the amount of skill on every roster in the country,” says Jack Hannah, a senior for the Pioneers. “We have the deepest team I have ever been a part of.”

It’s been nearly 11 months since Denver played its last game. “Everyone is just biting at the bit and really excited to come together to play a game that’s not the offense versus the defense like it is at practice,” Hannah says. “To be able to play as a full team, everyone is just as excited to hopefully go out and get a win.”

The new season begins this Saturday at Peter Barton Lacrosse Stadium as DU hosts Utah. The games will have a slightly different feel this year:  At first, if not throughout the season,  no fans will be allowed; and teams will be on opposite sidelines and may utilize the stands for social distancing. What’s more, Notre Dame, historically Denver’s biggest rival, is missing from the schedule.

No matter the changes, the Pioneers feel fortunate to have the opportunity to practice and play games.

“This is bigger than lacrosse, and this is bigger than athletics,” Tierney says. “Worldwide, people are dying, and when you put things in perspective, we are very lucky to be a part of DU and thankful to now be preparing for another season.”