DU-CC Rivalry Takes Place On and Off the Ice 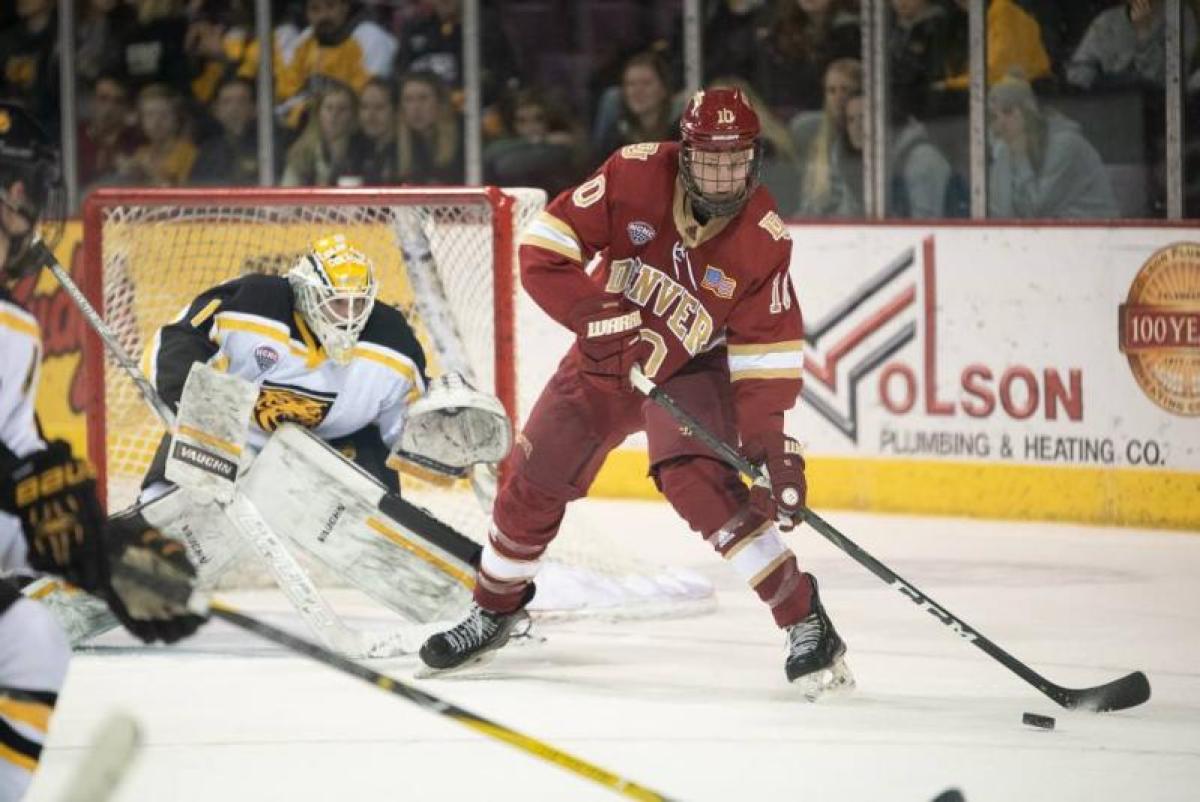 When these two teams take to the ice, you can throw the rankings and records out.

Staub grew up in Colorado Springs as a fan of Colorado College. Now, as a senior playing for the Pioneers, Staub has played against the Tigers 19 times, so he understands the history of this rivalry better than most and the importance of keeping the Gold Pan trophy in Denver.

“The traditions run so deep in the rivalry and the gold pan itself,” Staub says. “It just gives you a ton of pride to be wearing the DU jersey and going out for a chance to win that trophy.”

“What makes the rivalry special is the level of care that the two programs have,” says David Carle, the Richard and Kitzia Goodman Head Coach. “Going into CC week, we try and treat it like any week as far as our preparation and what we do on a daily basis. We talk a little bit about the emotions, because they will be higher. You have to play with emotions, but not be emotional. You have to play between the whistles.”

The two teams have faced off twice already this year. DU defeated Colorado College this past Tuesday by a score of 1-0, and earlier this season, the two schools skated to a 4-4 tie. The battle to retain the trophy will now come down to the final weekend of the regular season, when the two teams faceoff on March 8 and 9.

In the history of the rivalry, the two schools have played a total of 317 games, with DU leading the series 179-118-20. In recent years, the competition has grown off the ice as well to include an interesting alumni challenge between DU and CC.

This is the third year the two schools are competing in the “Gold Pan Giving Challenge.” Beginning today and running through March 17, the school with the highest number of alumni donors will win the challenge and gets bragging rights.

“While we all see the competitiveness between the two schools on the ice, the rivalry that exists between the University of Denver and Colorado College exists within our alumni as well,” says Brandon Buzbee, associate vice chancellor for global networks. “This 17-day competition is a fun, spirited opportunity for our alums to show their support for DU by giving to any program that is important to them. Any gift from an alum to any program at DU within the 17 days counts.”

Buzbee adds that the giving challenge is not about who can raise the most money in the seventeen days; rather, it’s about who can engage more of their alumni during the challenge period.

If you would like to support the University of Denver during the Gold Pan Giving Challenge, please click here.

Tickets are still available for the DU-CC game on March 8 at Magness Arena. Please click here for information on tickets.