The energy was palpable across the University of Denver campus as the community came together last week to celebrate Homecoming. Beginning Wednesday and running through Saturday evening, it was four days full of events for DU students, faculty, staff, alumni and fans of the University. 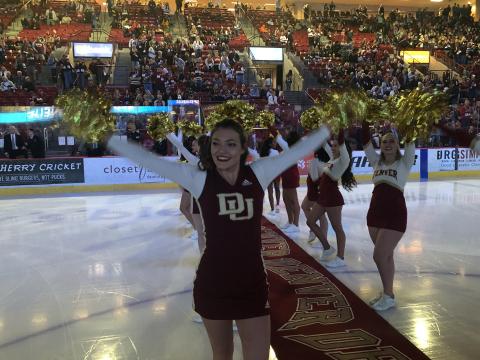 The big draw for Homecoming weekend was the men’s hockey team hosting Boston College on Friday and Saturday nights. The Pioneers entered the weekend as the top-ranked team in the country, and they lived up to the hype by sweeping the weekend series against the Eagles.

After winning 3-0 with two empty-net goals on Friday, DU skated to a 6-4 victory on Saturday night thanks to a three-minute stretch in the second period where the Pioneers scored three goals.

In addition to the men’s hockey series, the women’s gymnastics team hosted an open house exhibition for the public. The team is coming off its greatest season in program history, finishing ranked No. 4 in the country in 2019. This event was an opportunity to get a first look at the 2020 team. The gymnastics season gets underway in January. 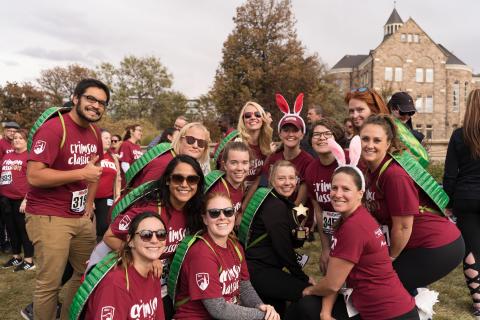 Outside of the hockey games, the Crimson Classic was the most popular event of the weekend. For the first time, the annual run was moved to Homecoming Weekend, providing a greater opportunity for the community to participate. “There’s a lot of excitement, and you can feel that walking across campus,” said Mitchell Teston, who participated in the 5K run/walk. “Everyone here is happy to be out here doing fun stuff.” Another new event to the Homecoming lineup was Pints with Profs. This was an opportunity for alumni and graduate students to enjoy happy hour with some of their favorite professors.

“DU is really a place you can come back and it feels like you are at home,” said Hannah Oak, a 2016 graduate of the Josef Korbel School of International Studies who now works for Arrow Electronics. “It’s great to catch up with professors you have not seen in a while. They are so proud of everybody that graduates, so it’s fun to give them updates.”

Students and alumni had the opportunity to nominate which professors they wanted to see. Nearly 325 people attended the Friday evening event.

“Getting to hear from the students about what they’re doing; getting to hear their perspectives of what they did while at DU, it’s everything,” said Kim Gorgens, a professor in the Graduate School of Professional Psychology. “It’s a reminder of why we do the work and why we work so hard and who the people ultimately are that we are making a difference for.” 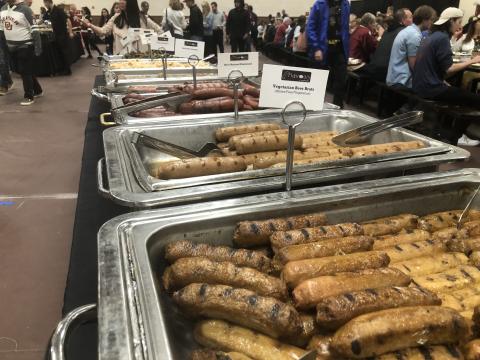 On Saturday evening, over 1,000 people helped celebrate Oktoberfest DU style with friends, family and alumni at the annual Hocktoberfest. The pre-game event featured plenty of German-style food, music, beer and a commemorative DU Homecoming beer stein. The annual event in Gates Field House has become a great way to get ready for the hockey game that follows. 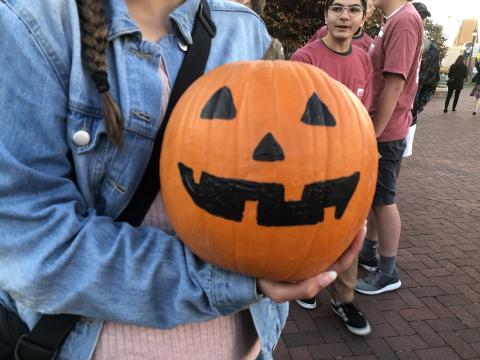 Homecoming week featured several events geared toward students on campus. It kicked off with Sundaes on Wednesday, a mini ice-cream social featuring Em’s Ice Cream truck. “It was really good,” said Annika Turnquist, a first-year student. “It was right after a midterm, so it was nice to have ice cream after a test.”

Thursday featured a campuswide game of capture the flag. With the community divided into two teams, participants were on the hunt for 100 pennants hidden across campus. 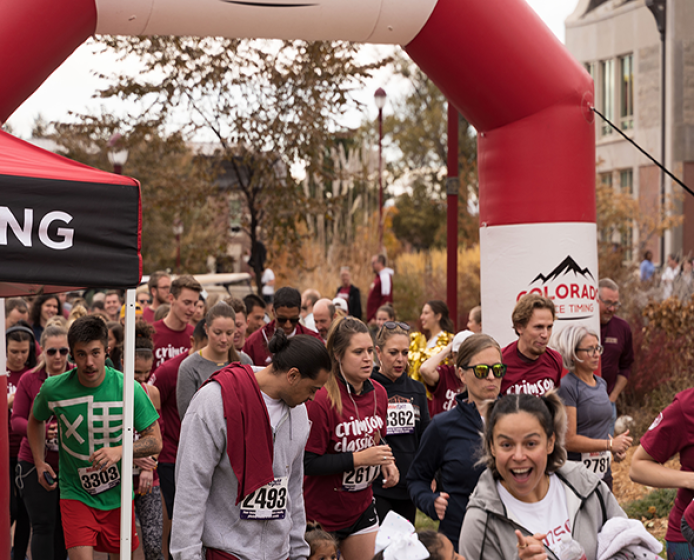 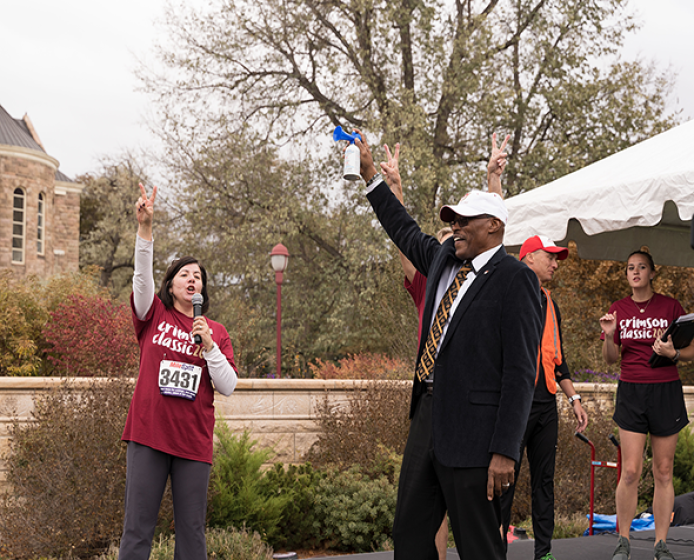 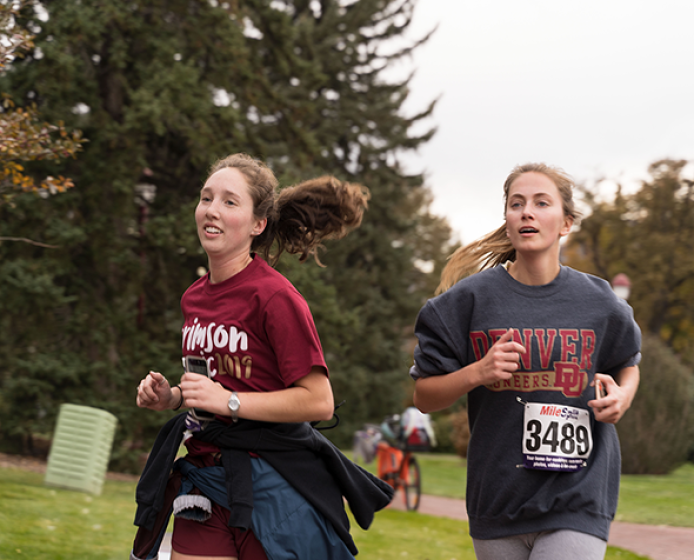 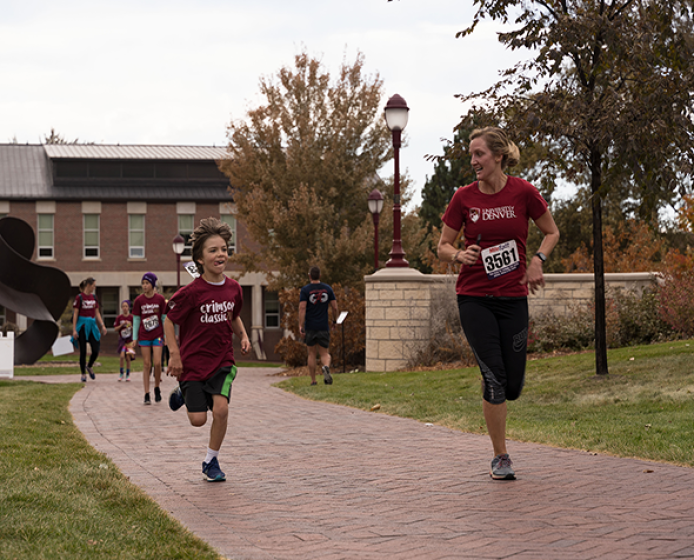 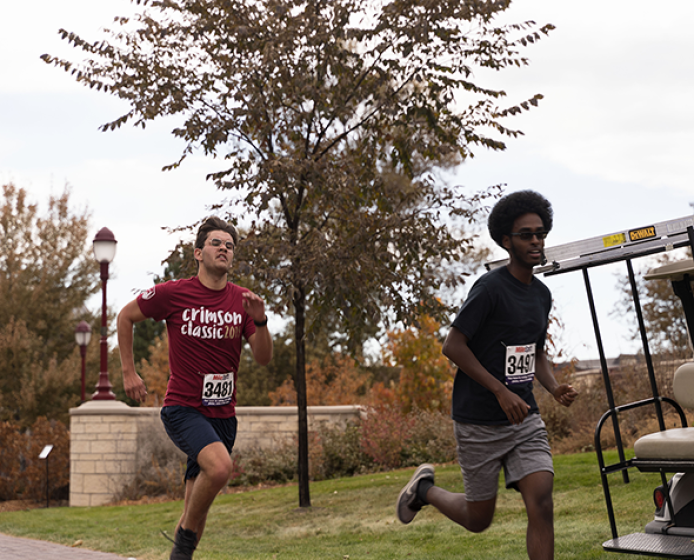 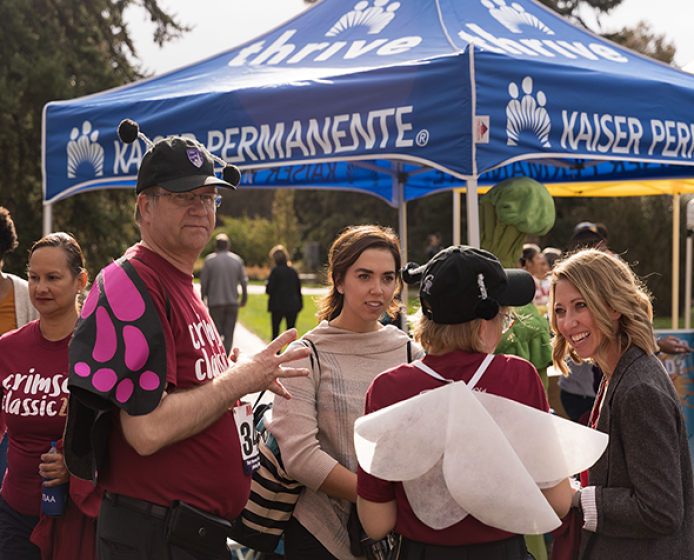 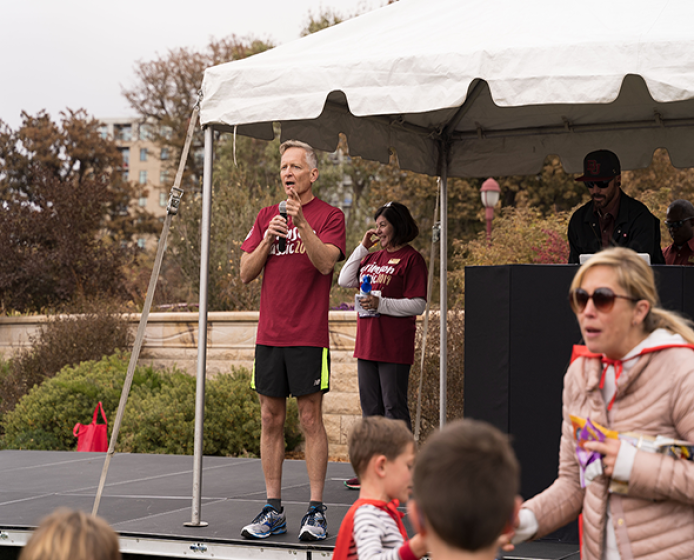 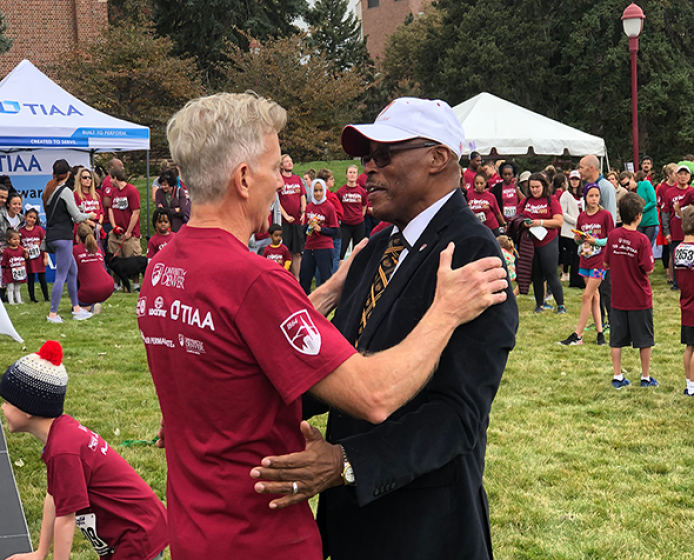 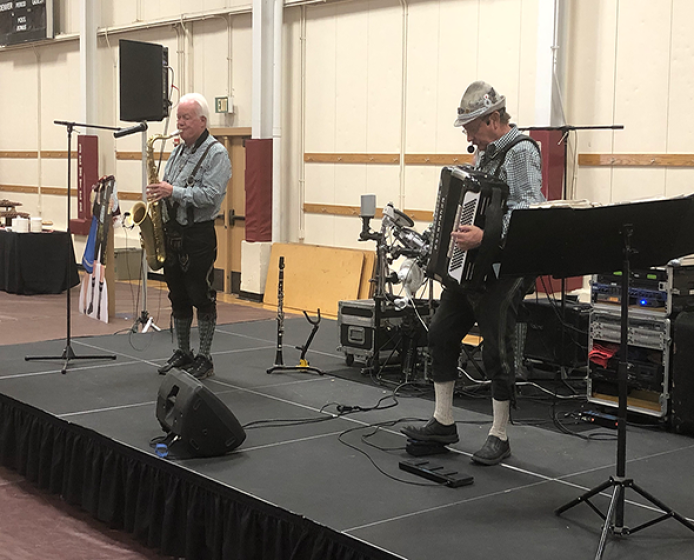 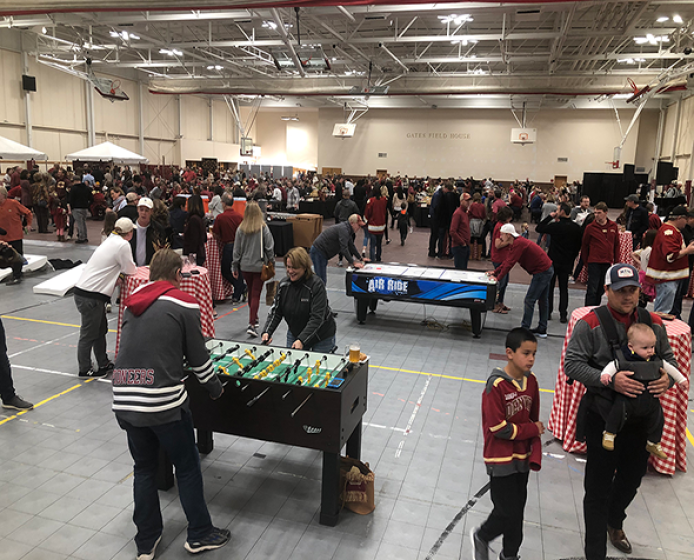 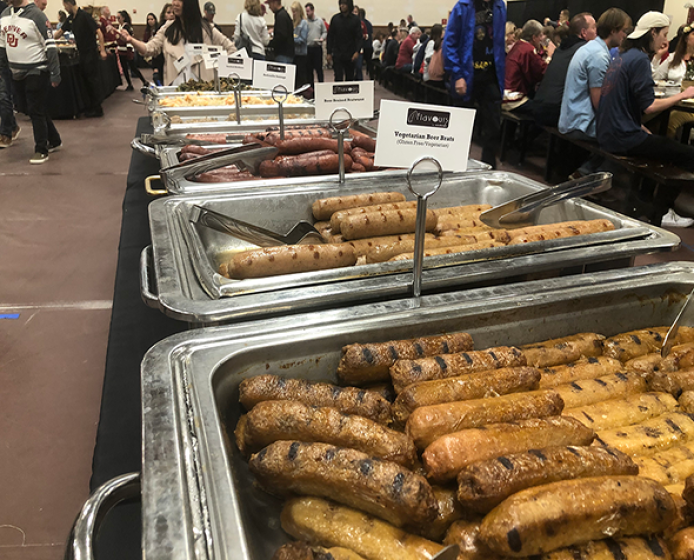 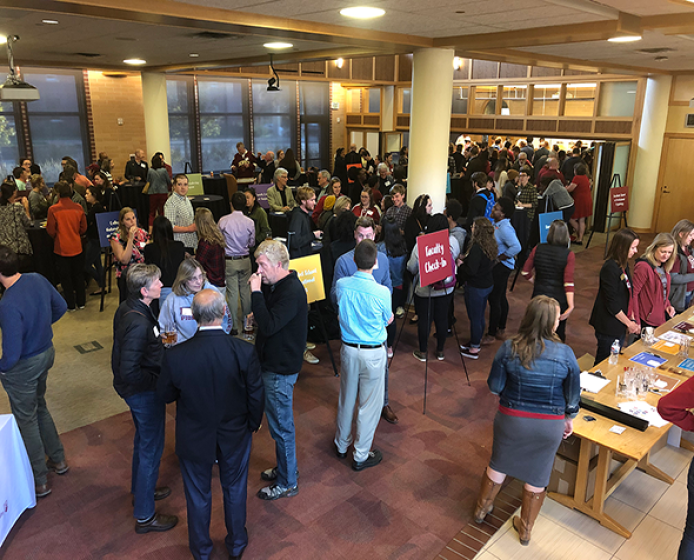 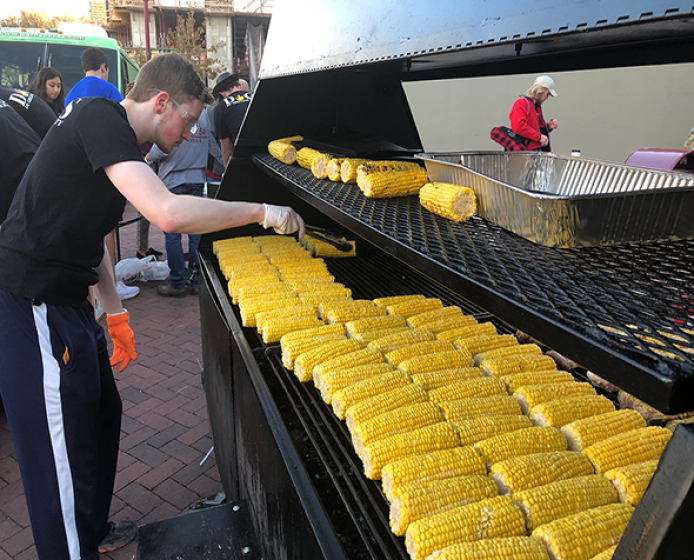 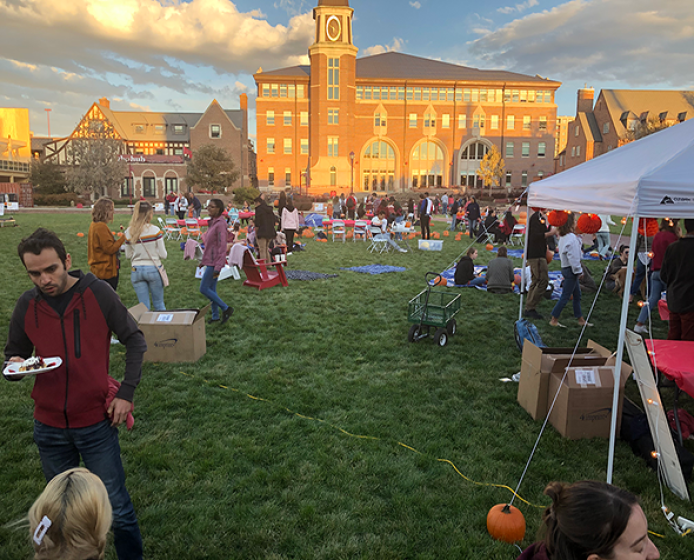 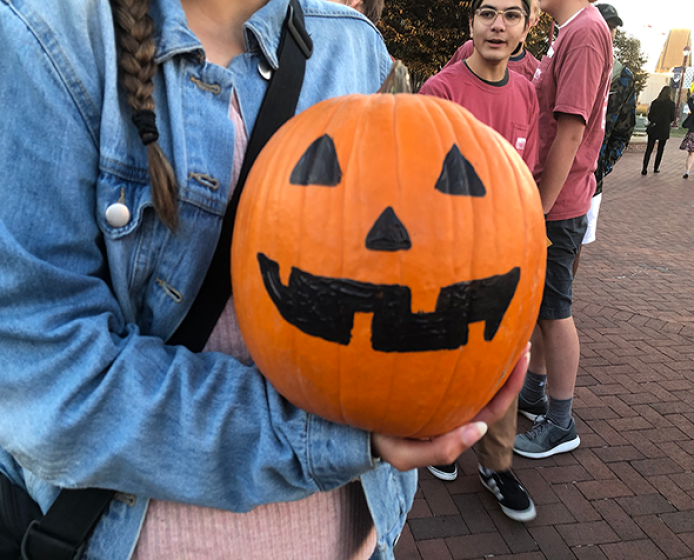 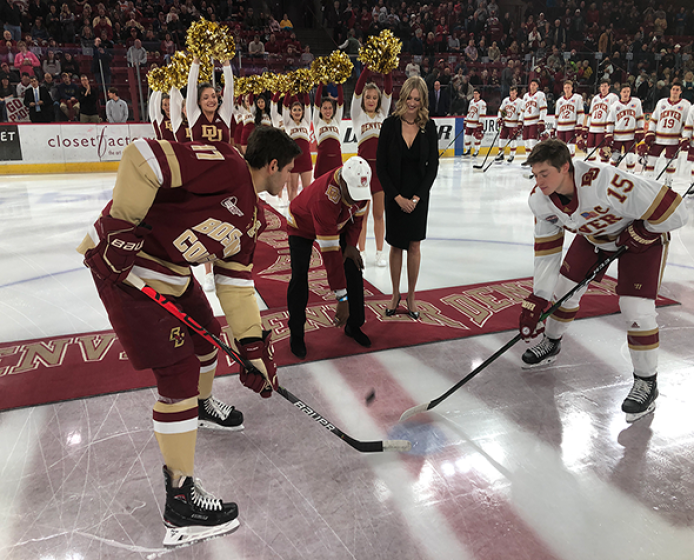 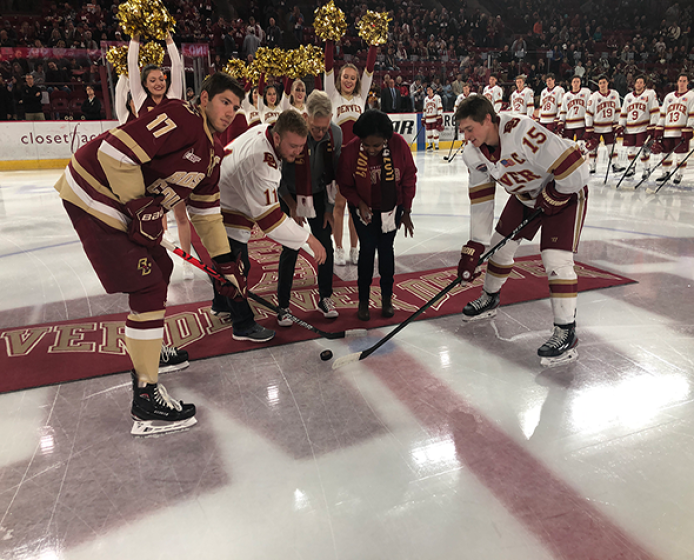