“I put life into something that has already been created.”

That’s how Martin Kuuskmann describes his music when he sits down to play. The bassoonist relishes the opportunity to stand before a packed concert hall to perform.

“I love performing, and I take in the vibe from the audience,” Kuuskmann says. “The way that I open myself up to the audience is through my instrument. It’s an incredible gift to be able to do that and something I will never take for granted.”

Kuuskmann joined DU’s Lamont School of Music last fall after teaching at the Manhattan School of Music. He jumped at the opportunity to come to DU to work one-on-one with more students, recruit more talented musicians and work in a world-class environment.

“The entire faculty at Lamont is fantastic; it is very high level with great performers and great professionals,” he says. “It’s truly hard to find better facilities than what Lamont offers. I hope the students realize how lucky they are.” 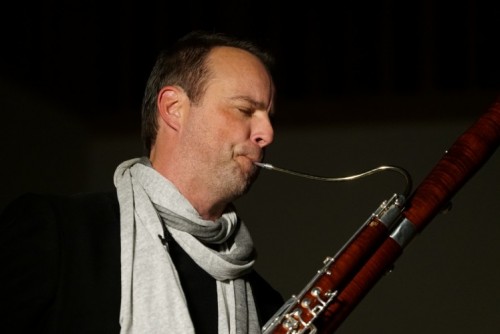 About 70 full-time and adjunct faculty work with the 250 students at Lamont.

Kuuskmann is from Estonia. He grew up learning to play the piano from his mom, who was a teacher. It wasn’t until Kuuskmann was 15 that he started playing the bassoon. When he was 19, he came to the U.S. and met Chris Theofanidis while attending the Yale School of Music. The two became close friends, and Theofanidis created a bassoon concerto for Kuuskmann to perform. Kuuskmann premiered the concerto in New York's Lincoln Center in 1997 with just the first and third movements. It wasn't until 2002 that the second movement was completed and Kuuskmann was able to take the concerto in its entirety to concert stages worldwide, including Carnegie Hall in 2013.

Two years ago, Kuuskmann and Theofanidis decided it was time to record the concerto. Using the Bastyr University Chapel near Seattle as the recording facility, Kuuskmann recorded the Theofanidis concerto with the Northwest Sinfonia with Barry Jewowsky conducting. Kuuskmann's latest CD also includes Mozart and Hummel bassoon concertos with the Tallin Chamber Orchestra under Risto Joost. Now they are just days away from finding out if their hard work will receive the ultimate honor of a Grammy Award.

“It’s nominated for best contemporary composition, and to be the one who basically premiered the project is amazing and a huge privilege,” Kuuskmann says.

Because the nomination is for composition, Kuuskmann’s name will not appear on the award should they win. However, he notes, there would not be an award for composition without a performer. 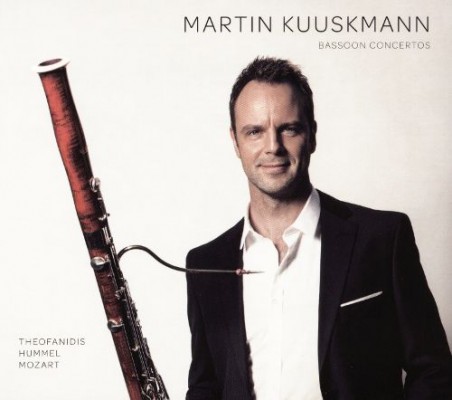 “If Theofanidis ends up getting it, well I performed the concerto, and it’s on my album and a performer is a very big part of the project,” he says.

This is the second time Kuuskmann has been part of a Grammy nomination. In 2007 a bassoon concerto by David Chesky, written for and performed by Kuuskmann was also nominated for best composition. No matter what happens at this year’s awards presentation, Kuuskmann says he’s honored to be a part of an amazing project.

“It’s a colossal honor just to be nominated,” he says. “There are hundreds of recordings being sent in, so to be one of five — even if it’s a composition that has the official nomination — without the performer there wouldn’t be a composition.”