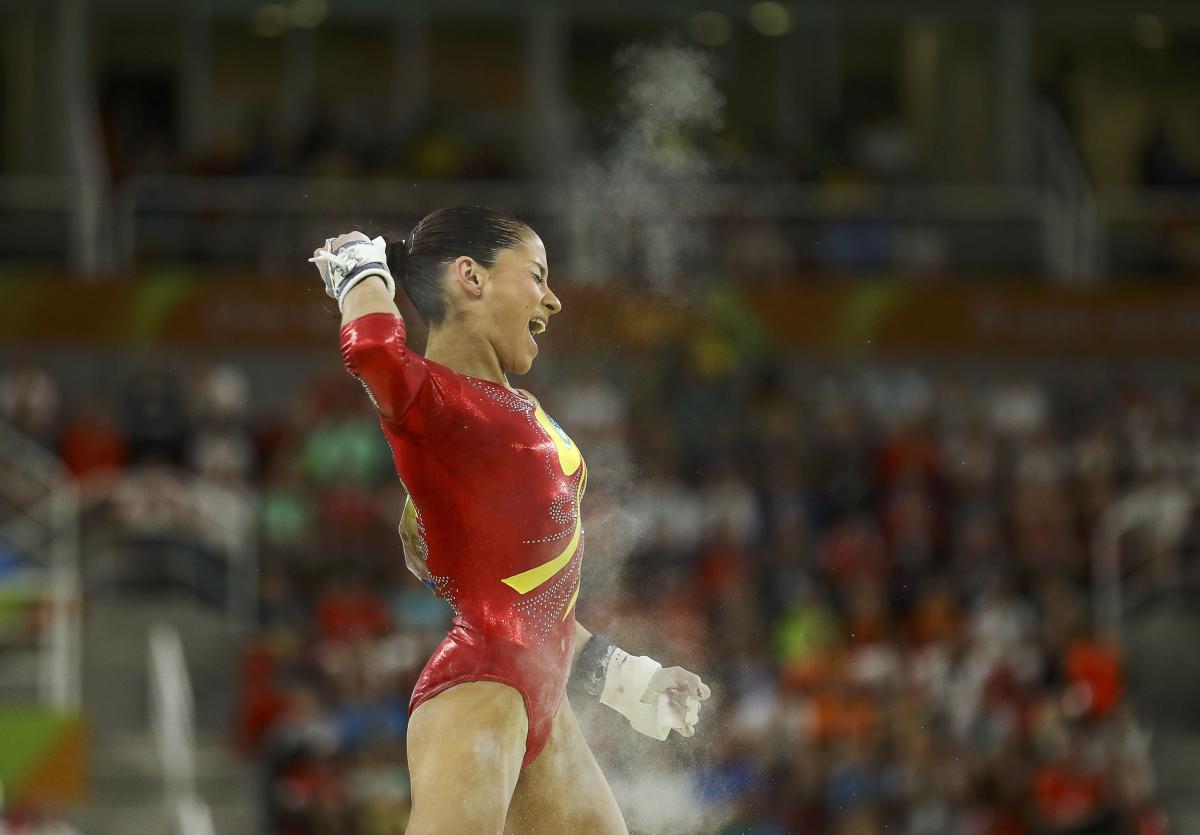 Nothing epitomizes a clutch performance more than being at the very best when the eyes of the world are watching. DU alumna Jessica Lopez (BA ’09) leaves the Rio 2016 Olympics knowing she performed at her very best when it mattered most.

Lopez represented her home country of Venezuela in the summer games and competed in both the women’s individual all-around and the uneven bars. She became the first gymnast from Venezuela to qualify for an Olympics event final. “I have improved a lot over the years. This was my best performance in an Olympics and in my career,” Lopez says. “It was such an amazing feeling being so well prepared and so competitive.”

Last Thursday, Lopez finished seventh in the all-around competition, the highest finish for a Venezuelan gymnast at the Olympics. Her final score of 57.966 was only .699 away from qualifying for the bronze medal. During Sunday’s finals on the uneven bars, Lopez finished sixth and was only .233 off the podium. “Making the uneven bars finals was a dream come true. Being so competitive and ending with one of the most difficult bar routines I had performed in my career, and hitting so well, was very satisfying,” Lopez says. “Of course, you can always do better, but I honestly couldn’t ask more from myself. I gave it all I had, and I am proud of that.”

Lopez previously competed at the 2008 and 2012 games. She says it’s too early to think about preparing for the 2020 Olympics in Tokyo. “Right now I am just planning on taking a break and resting my body and mind.”