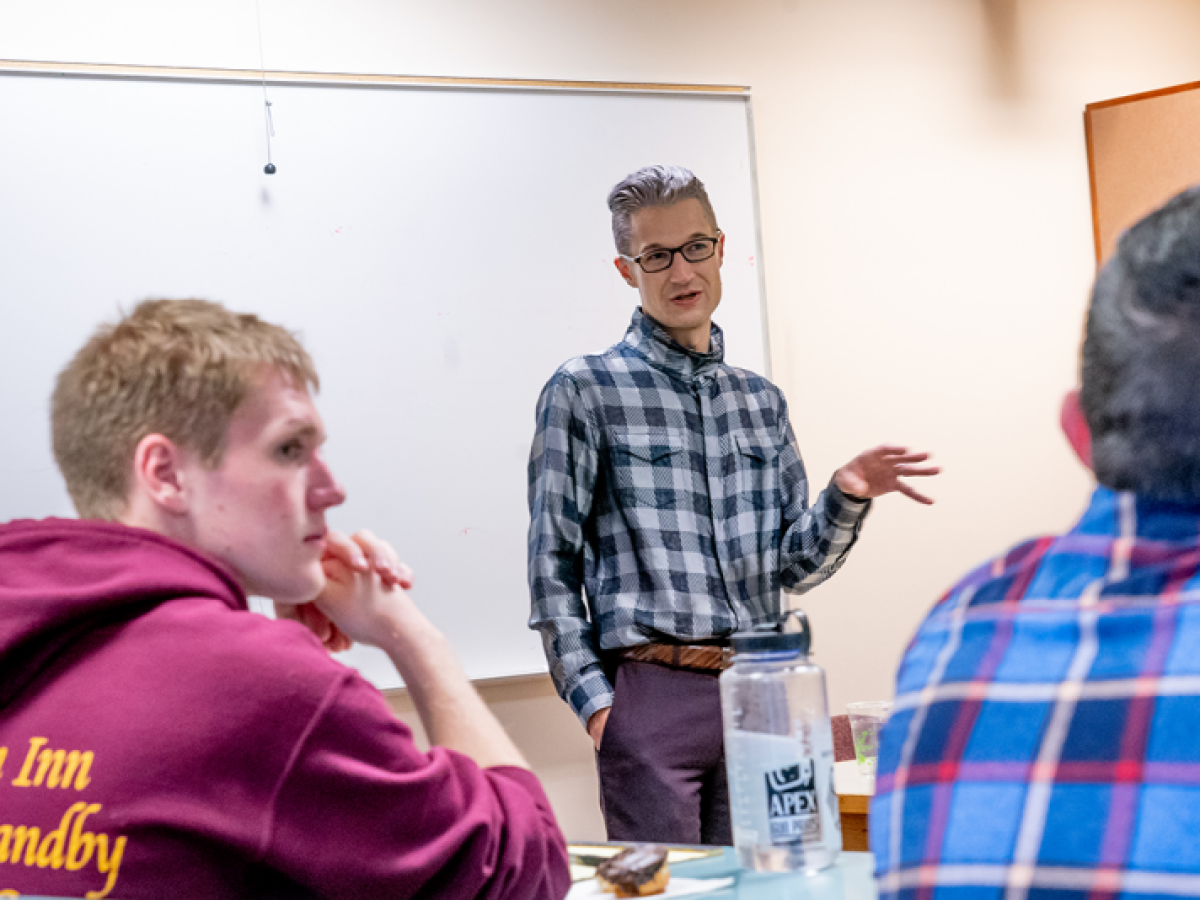 When you study and research history, you tend to look at what it takes to make history differently than most. Dave Mullins did not expect that, after graduating from the University of Denver in 2005, he would go on to become a part of history.

The Highlands Ranch, Colorado, native decided to attend DU for its creative writing program.  But after taking a couple of history classes, he decided to add a second major in Japanese history. Within three years he graduated with dual degrees. “My goal then and my goal now is to become a famous and respected poet,” Mullins says.

That goal was put on hold in February 2012 when Mullins and his partner, Charlie Craig, walked into Masterpiece Cakeshop in Lakewood, Colorado, to order a wedding cake. The owner declined to make the cake based on his religious beliefs. That decision triggered a five-year legal battle that ended this past summer with a Supreme Court ruling in favor of the cake shop.

Looking back on the years-long legal battle and the court’s ruling, Mullins is philosophical. “We understand where he was coming from, but we hope he can understand where we were coming from,” he says. “Religious freedom is essential in this country and that is why it’s protected in the Constitution. However, you cannot practice your faith in a way that demeans others or excludes them from public life.”

Mullins and Craig have been sharing that message since this case launched them into the media spotlight. Last week, Mullins returned to the DU campus — one of his first visits since graduating — to discuss his history-making experiences with students and alumni.

The couple estimates they have done approximately 300 interviews with local, national and international media. While the ruling was not in their favor, they hope the attention this case received will one day have a positive impact.

“I hope this will be the start of establishing nationwide laws that protect LGBT people against discrimination, not just in public accommodations, but in jobs and in housing as well,” Mullins says. “In half of the states in our country those protections do not exist at all.”

Their case is already getting attention in legal circles. This summer, an Arizona appeals court cited the Mullins case when upholding a Phoenix antidiscrimination law that makes it illegal for businesses to refuse service to same-sex couples because of religion.

“I think we all want to leave our mark on the world, and I in the long run hope that this is seen as a positive moment, despite the negative elements that are around it,” Mullins says. “I think it remains to be seen what place our decision will have in history.”

At his DU appearances, Mullins noted that he has no regrets about his case and urged students to stand up for what they believe in and for the people they care about. Mullins believes his experiences will only help him with his next chapter in life.

“As a writer, you are taking everything in, and you learn things from everything,” he says. “We went through so many things that most people will never go through. We saw things and experienced things that are truly unique. I feel like all of that can only make me a better writer.”