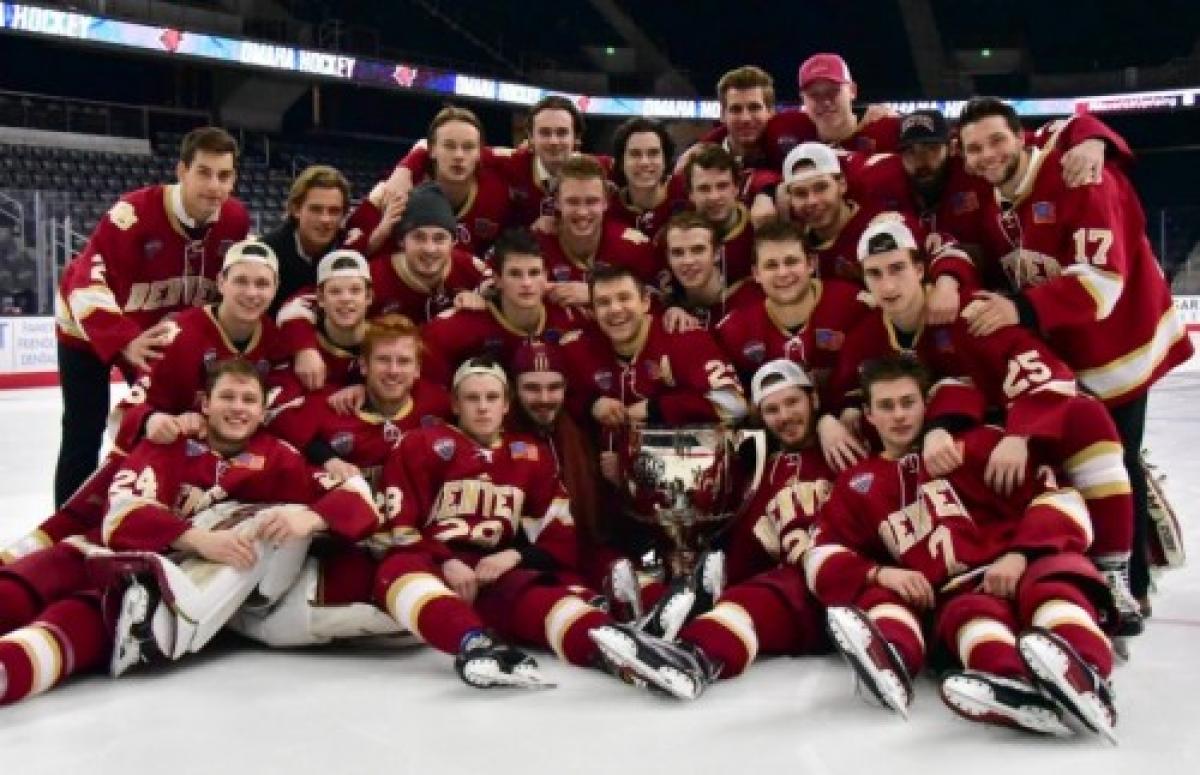 The University of Denver hockey team is rolling into the postseason on an 11-game winning streak after defeating 21st ranked University of Nebraska-Omaha on Friday and Saturday nights. The Pioneers captured their first regular season conference title since 2010 and their first-ever Penrose Cup, awarded to the school that wins the National Collegiate Hockey Conference (NCHC) regular season.

“This is the first of three major trophies for us to win this spring, and it was great to get this one with a hard-fought road victory like this,” said head coach Jim Montgomery following Friday’s win.

The Pioneers will now enter the NCHC playoffs as the conference’s top seed. They will host Colorado College this weekend in a best-of-three quarterfinal series. The winner will advance to Minneapolis to compete in the Frozen Faceoff. DU beat Colorado College in all four of their meetings earlier this season.

“It’s obviously nice to be the top seed in our conference heading into the postseason, but we’ve still got a lot of work to do,” Montgomery said. “This is a special group we have here, and we all know that we’ve got to continue to focus on the process and stay in the moment if we want to reach all of our goals this season.”

In addition to the top seed in the conference, the Pioneers remain the top team in the country. DU received 48 of the possible 50 first-place votes.

Tickets for this weekend’s games against Colorado College can be purchased here. 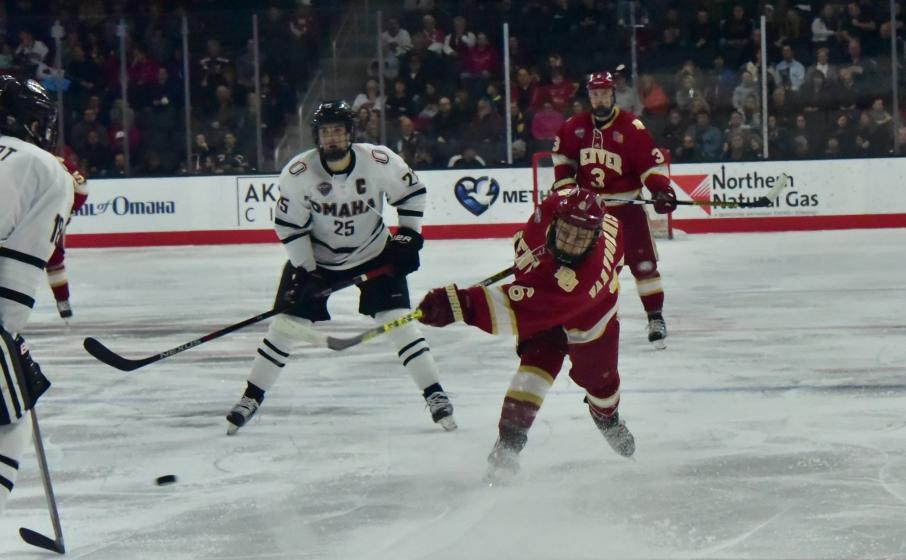 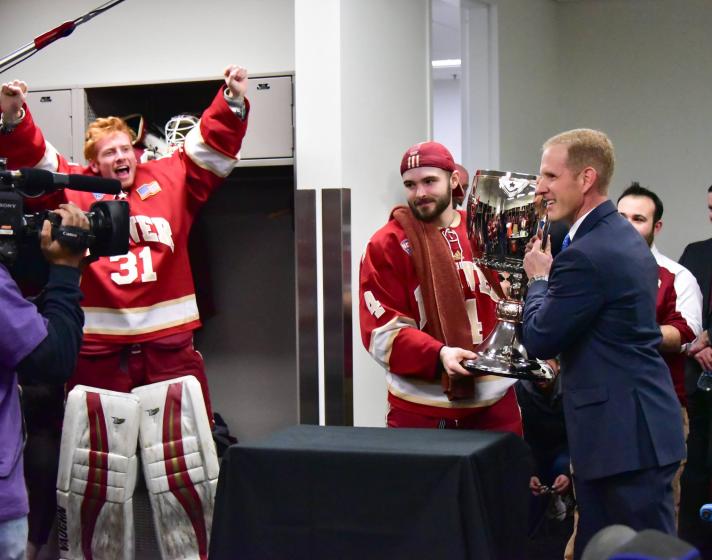 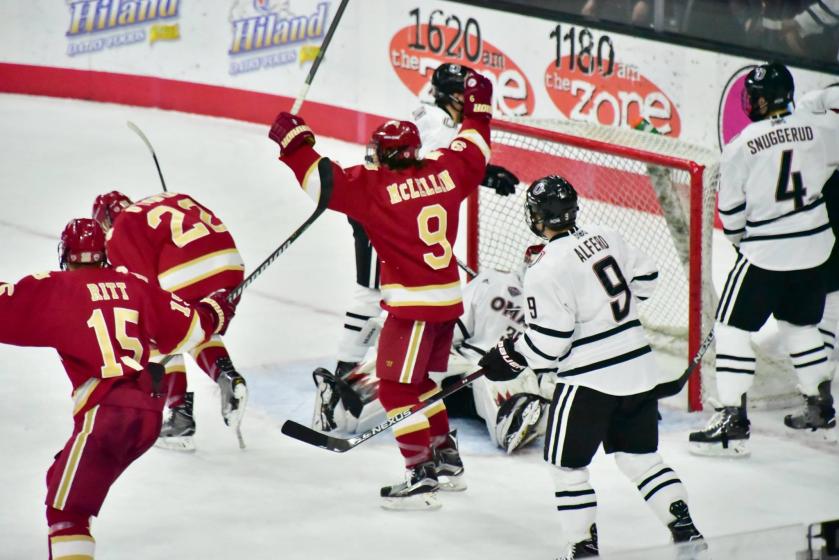 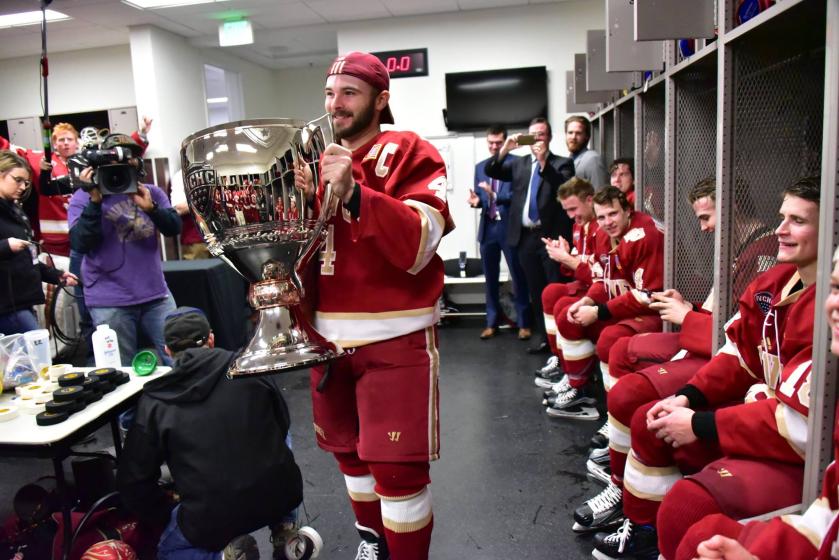 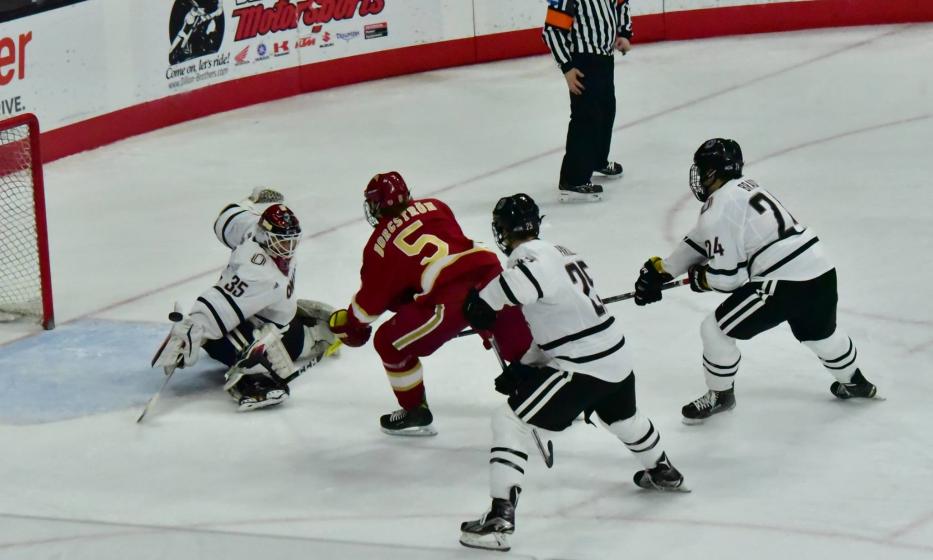 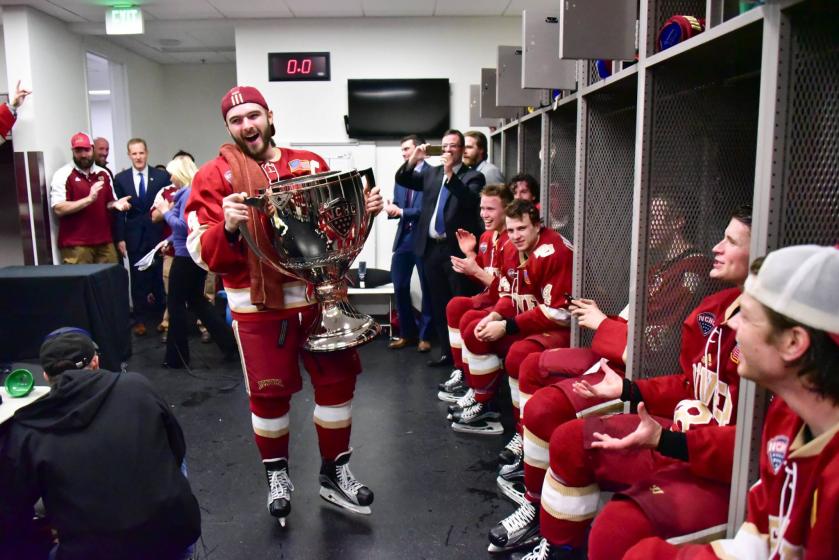