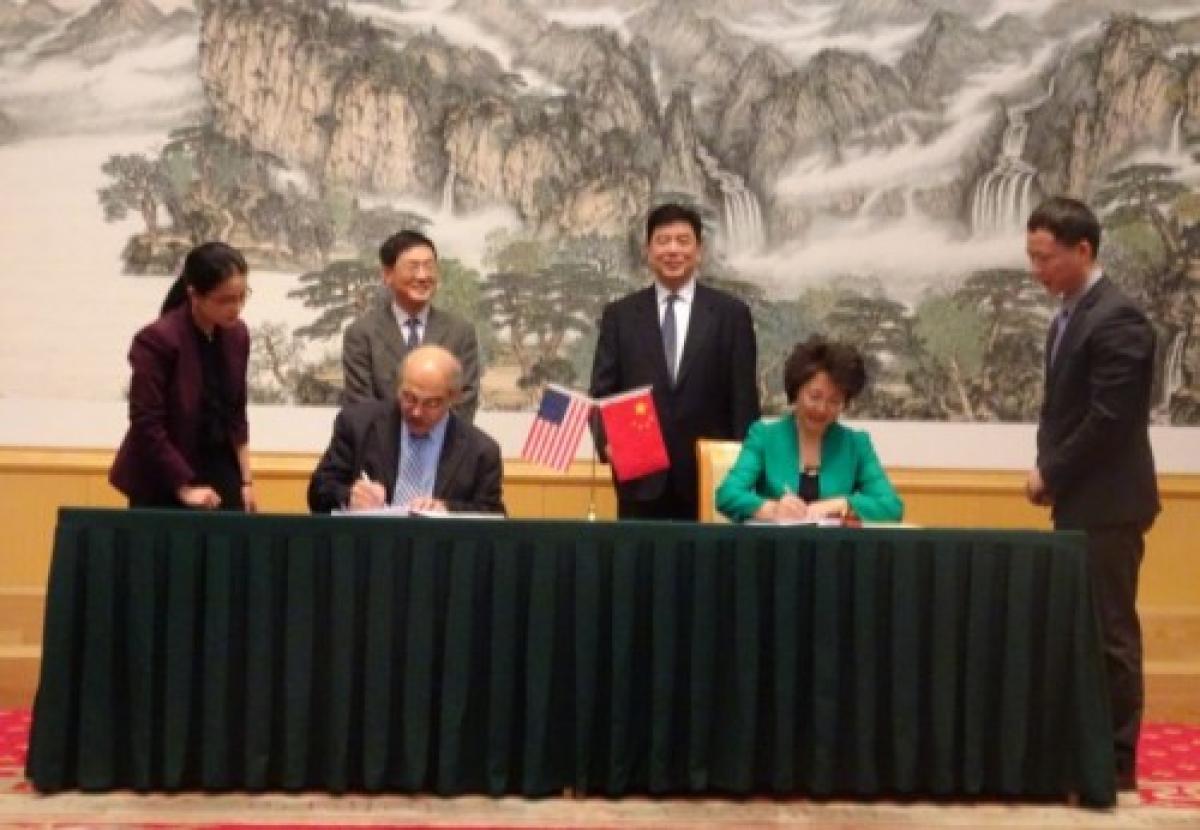 The University of Denver has signed a historic five-year agreement in Beijing with the State Administration of Press, Publication, Radio, Film and Television (SAPPRFT) for its sponsorship and participation in DU’s Chinese Executive Media Management Program (CEMMP) through the Daniels College of Business. The SAPPRFT directly controls state-owned enterprises at the national level, including China Central Television (CCTV), China National Radio and China Radio International.

Under the agreement, senior-level media executives from various government-owned media organizations from throughout China will participate in an annual three-week media training program. The program will be organized and led by Ron Rizzuto, endowed chair for excellence in international executive education and director of CEMMP since 2006. The first training program is scheduled for July 2017.

The signing of this agreement is significant for many reasons. First, it establishes what will be the premier media-training program in China. Second, because SAPPRFT intends to send China’s most senior government media managers to this program, it will educate some of the country’s most influential media professionals. And third, the program, with its strong foundation, will provide a vehicle for facilitating the exchange of ideas among the U.S. and Chinese media industries.

Funding for the program is made possible through a generous $2 million gift that Anna and John J. Sié and their foundation made to establish the Ron Rizzuto Endowed Chair in February 2016. The endowed gift will enable CEMMP to expand by offering international executive education opportunities to other nations as well.

The original CEMMP program ran in conjunction with the Anna and John J. Sié Foundation, The Cable Center and Encore International from 2000–15. Fourteen classes have graduated from the program, and there are more than 120 CEMMP alumni, several of whom have senior-level positions in China’s media industry.

The Ron Rizzuto Chair for Excellence in International Executive Education was established in recognition of Rizzuto's 40 years of teaching and research at Daniels. To read more about the gift establishing the endowed chair position, click here.