Pioneers hoping to rebound after a slow finish in 2016

To say that the University of Denver men’s lacrosse team is ready for the new season would be a major understatement. They have been waiting for this day for nine months. It’s an opportunity to erase last year’s back-to-back losses in the Big East Championship game and NCAA Tournament.

“It is really easy to be motivated by the fact that we fell on our face in the last two games of last year when we were expected to do great things,” says head coach Bill Tierney. 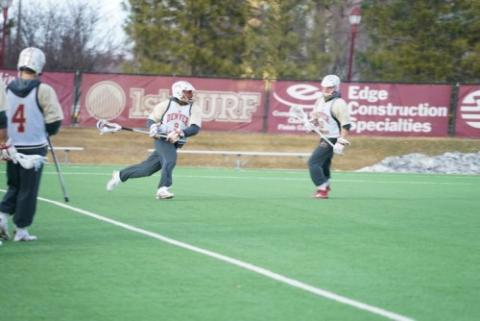 On Saturday, Feb 11, the new season begins with a home game against Air Force. The USILA/Nike Division I Men’s Lacrosse Coaches’ Poll ranks DU as the third-best team in the country.

“We don’t ignore the ranking; we actually throw it right at the kids and try to explain to them what it means,” Tierney says. “I think our guys need to understand that they are part of a high-quality program that has great expectations, and they need to do everything it takes to maintain that.”

The Pioneers are not lacking experience and talent this year. Senior attacker Connor Cannizzaro is the preseason favorite for offensive player of the year out of the Big East. Senior defender Christian Burgdorf has been selected the favorite to win the defensive player of the year award. Helping both the offense and defense is the fact that DU has the best face-off specialist in the country with junior Trevor Baptiste. All three players were part of the 2015 national championship team and understand how hard it is to get back to the championship game. 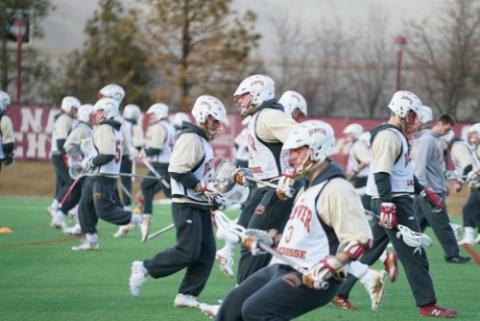 “It’s not really about how you start, it’s about how you finish,” Baptiste says. “This year we are really focused on doing the little things right and being the best player in whatever position you play.”

The road back to a national championship will not be easy. In addition to Air Force, the Pioneers will face seven top-25-ranked opponents with North Carolina, Notre Dame, Duke, Towson, Ohio State and Marquette.

“You love to match up against the big teams. It’s all very exciting,” Burgdorf says. “I think the best part about it is that we have a ton of home games this year, so it allows our fans in Denver to support us throughout the spring.”