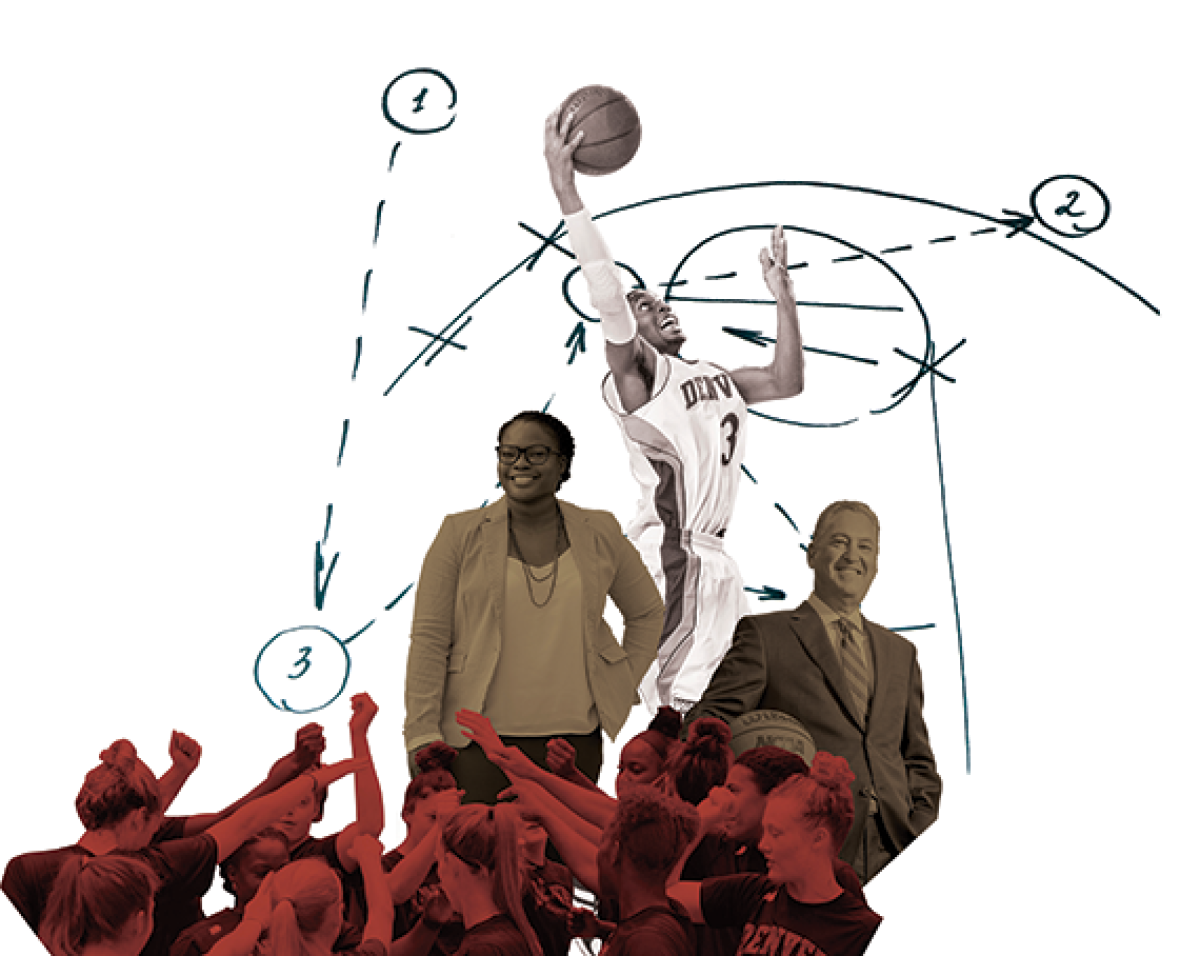 As any college athletics director will tell you, it’s impossible to understate the importance of basketball to universities and their athletics programs. Aside from the Super Bowl, March Madness is the most anticipated sporting event in the country. Just one Cinderella moment in the tournament can have a profound impact on an entire athletics program. It can also make prospective students sit up and take notice.

It’s no surprise, then, that men’s and women’s basketball are the two sports that every single Division I athletics department sponsors. For Karlton Creech, vice chancellor for athletics, recreation and Ritchie Center operations, the success of the University of Denver’s basketball programs is a major point of emphasis.

“It is the premiere college sport in our country. It receives a ton of national television recognition and exposure,” he says. “It’s very important and something the University of Denver will be focused on moving forward to make sure we are fielding competitive teams to match the other great sport programs that we are already nationally competitive in.”

At the end of last season, Creech made a change in the men’s basketball program, bringing in Jeff Wulbrun as head coach. Wulbrun spent the past five seasons on the coaching staff at Stanford and has helped shepherd three different collegiate programs to the NCAA Tournament. Creech was immediately drawn to both coaches’ ability to develop a positive and winning atmosphere.

“More important than the Xs and Os is the culture building aspect of being a head coach and how are you going to build a culture that is positive, supportive and team-oriented, where you can go beyond the Xs and Os with your success,” he says. “I think we have current examples of coaches who are doing that already, and I believe with the additions of Jeff and Doshia, we have two more.”

Both head coaches are intensely aware of the success other programs have had at DU. They were both attracted to the University by its academic reputation and how that would impact their ability to recruit.

“What drew me to DU was the similarities with Tulane University,” Woods says. “Both are schools with great academics which compete athletically. That allows you to recruit a different type of athlete.”

“Recruiting to a prestigious academic institution allows you to recruit high-character and high-integrity kids—kids who chase excellence not just in basketball, but chase excellence in the classroom; kids who not only want to be good players, but good students,” Wulbrun says.

Changes to the rules for the NCAA’s transfer portal have allowed Woods and Wulbrun to quickly build their teams and surround them with student-athletes who fit the culture and style of play. The NCAA now allows student-athletes to transfer once without needing to sit out a year. Athletes were also granted an additional year of eligibility because of the impact of COVID-19. Both coaches think this can make an immediate impact on their teams and the University.

“Basketball is one of the catalysts of the NCAA,” Woods says. “The more successful we can be, the more recognition DU gets. That will help not just in athletics, but across the campus as well.”

Wulbrun agrees. “I told my players I want them to walk across campus with their heads held high and be really proud that they are part of the basketball program at the University of Denver,” he says. “Our goal is to make the athletics program proud of what we achieve and have a basketball program that the University, the community, the faculty and the alumni will all be proud of.”