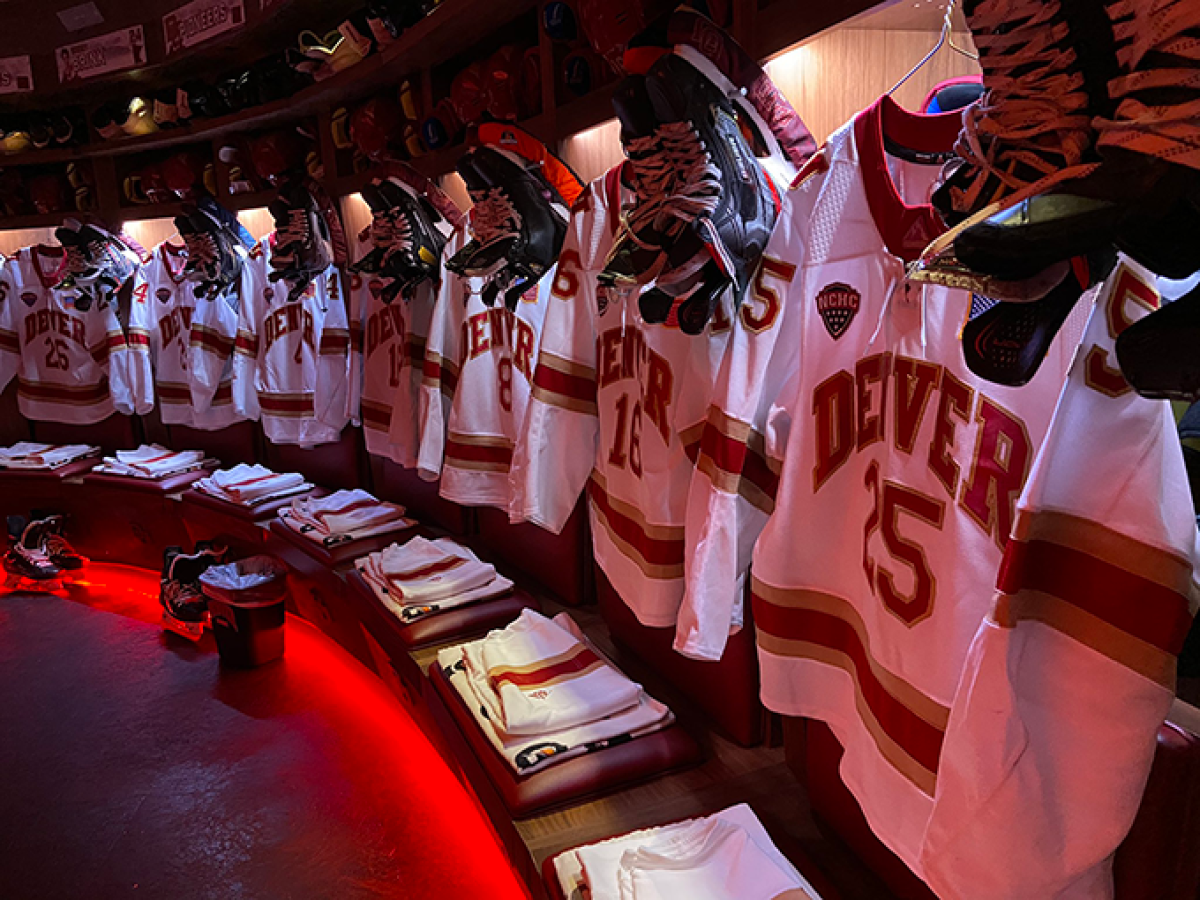 The 2020-21 campaign for the University of Denver’s hockey team was not what they had hoped for. As a program that expects to compete every year for a national championship, just missing out in qualifying for the NCAA national tournament was a disappointment for everyone.

“We want to remember how much that hurt to not make the tournament. That’s unacceptable,” says senior Cole Guttman. “Last year is something that we want to put behind us.”

Safety protocols put in place by city and state health departments because of COVID-19 made it extremely difficult for the Pioneers. The team couldn’t gather in person for nearly six months. The student-athletes were in small cohorts, making it very hard to integrate the freshmen on the team.

“As a team, it’s a pretty big impact when you are having to get dressed in different locker rooms,” Guttman says. “We are extremely grateful just to have the opportunity to be together as a team, practice together, get dressed in the same locker room. These are things that we were not able to do last year.”

David Carle, the Richard and Kitzia head coach, says the return to a better routine has made a significant difference on the ice this fall.

“You don’t really know how important it is until you don’t have it,” he says. “We are grateful that everyone was able to be back this summer and start building the foundation. It was vitally important that our freshmen were here this summer, and we are seeing it in their transition onto the ice. The quicker we can get our freshmen fully acclimated, the better off our whole team is going to be.” 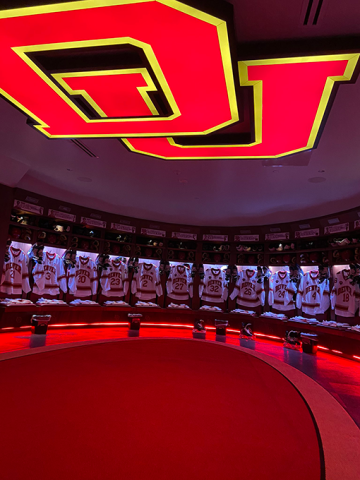 DU had its first chance to see how this year’s team is coming together last weekend at Magness Arena. The Pioneers defeated the Lindenwood Lions 9-1 in an exhibition contest. The way DU executed on the ice is what fans should expect to see from the team this year.

“We are going to be fast,” Carle says. “We have good depth up front and in goal. The back end is a little bit young but very talented. Like any other year, it will be an exciting brand of hockey to watch.”

And for the first time since the beginning of the pandemic, fans will be able to watch the games in person at Magness Arena. DU opens its regular season play this weekend by hosting Arizona State on Friday and Saturday nights for Homecoming Weekend. Guttman, who is this year’s team captain, says the student-athletes feed off the energy that is created by having fans back in the stands.

“We are so excited, especially after last year when we couldn’t play in front of fans. That is going to be one of the biggest differences,” he says. “We have been together for months; we are together as a team. We are pumped now to get out there in front of the fans and play our game.”