DU Recognized For Success Inside and Outside the Classroom 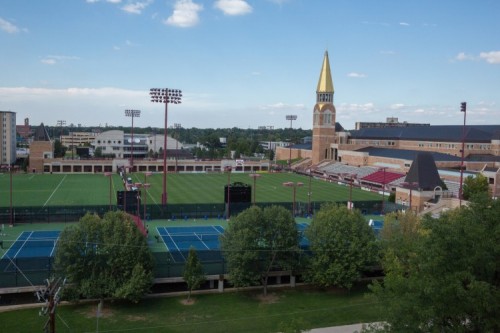 Forbes has released its list of top colleges in America. In addition to making the overall list, the University of Denver ranked high in two separate categories.

DU finished No. 18 in the category of “colleges that dominate academically and athletically.” The total number of National Championships a school has won helped Forbes determine which colleges are most successful athletically. This past year, the Pioneers’ hockey program claimed DU’s 32nd National Championship. DU is one of eight programs in the country to take home an NCAA title in each of the last four years.

The University of Denver also finished No. 25 in the category of “top colleges in the west.”

This week, The Princeton Review released its annual rankings of top colleges in America. Please click here to see how the University of Denver performed.