Colorado’s famed 300 days of sunshine are pulling double duty at the University of Denver. In addition to providing a bright background for studying and play, the sun’s rays will energize campus in a new way.

That’s thanks to a new solar panel project, which now covers 18 of DU’s 88 roofs across campus, including its most recent additions, the Burwell Center for Career Achievement and the Dimond Family Residential Village. These solar panels will be responsible for as much as 8% of DU’s total energy production.

Since first outlining its 25 sustainability goals to achieve by 2025, the University of Denver has already made great strides. For the last two years, DU has surpassed its goal of reducing carbon emissions by 24%. Chad King, executive director of sustainability, says the University targeted efficiency first, changing out light bulbs for LED alternatives, reducing heating and cooling through smarter occupancy settings, and educating the community. In 2018, these efforts brought DU’s carbon footprint down by an astonishing 38%. To push the envelope further, renewable energy was the natural next step.

“We knew that in order to get to our carbon neutrality goal that we would have to, at some point, have renewables either on campus or off,” King says. “We also knew from the beginning that we wanted to be authentic in how we did renewables. We didn’t want to just buy carbon offsets or do some sort of tricky deal where we buy solar and then sell the offsets and buy cheaper offsets. We wanted to be transparent.”

The conversation around bringing solar energy to DU started in 2014 with the help of a now-defunct student group called DU Solar and law professor KK DuVivier. While the student group pushed from one direction, DuVivier and a class full of students exploring community renewable proposals pushed from another, presenting their findings to DU’s sustainability leaders.

Subsequently, King and others at the University began exploring real opportunities to make DU’s solar dreams a reality. After several investigations and analyses, and a request-for-proposal process, DU found a partner organization and got to work.

Solar panel installation began in May 2019 and was completed this year. The energy harnessed by each panel feeds directly into the buildings, with a small extra boost from two “solar trees” — decorative panel displays positioned outside the Ritchie School of Engineering and Computer Science and, in the coming weeks, the Shwayder Art Building.

Along with the panels, DU will get access to energy data through dashboards reporting information from each building.

“We’ve added new smart meters at each of the buildings that has solar, so for the first time we are getting fairly real-time data at 15-minute intervals,” King explains. “We get data about how much solar is being produced and how much electricity the whole building is utilizing. That allows us to get a much better idea of the energy profile of the buildings and [to] better project what other improvements and behavioral changes could do.”

That information will also be useful to student researchers exploring energy projects, King says. Already, students working on modeling for carbon neutrality, energy storage opportunities and energy self-reliance are asking for just this kind of data. Plus, students in DU’s emergent digital practices program have expressed interest in finding new and interesting ways to share the impact of this solar project with the larger campus community through kiosks around campus.

Of this work, King simply says, “Cool stuff is coming.”

What looms on the horizon? The University is looking ahead to additional possibilities, including options for increasing DU’s solar footprint, a potential new energy master plan and creating a process for individuals to carry out their own building energy audits.

In the meantime, it’s important to reflect on the significance of the long-anticipated solar panels, brought to life by DU’s Facilities Management and Planning team. Although the effort has consumed untold megawatts of time and energy, King says, it’s all been worth it. 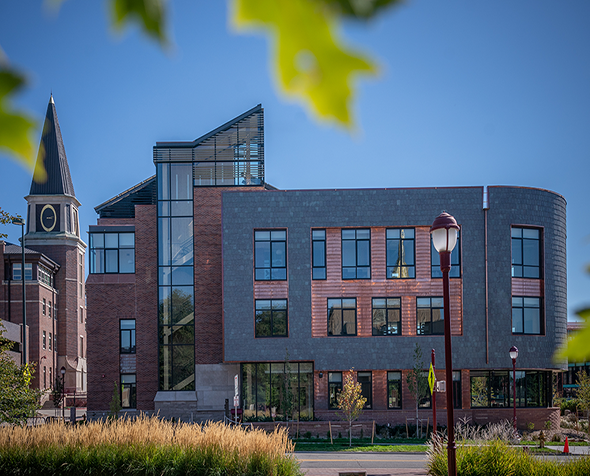 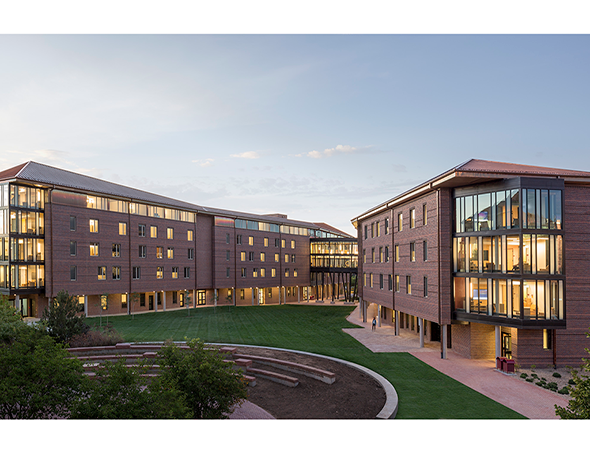