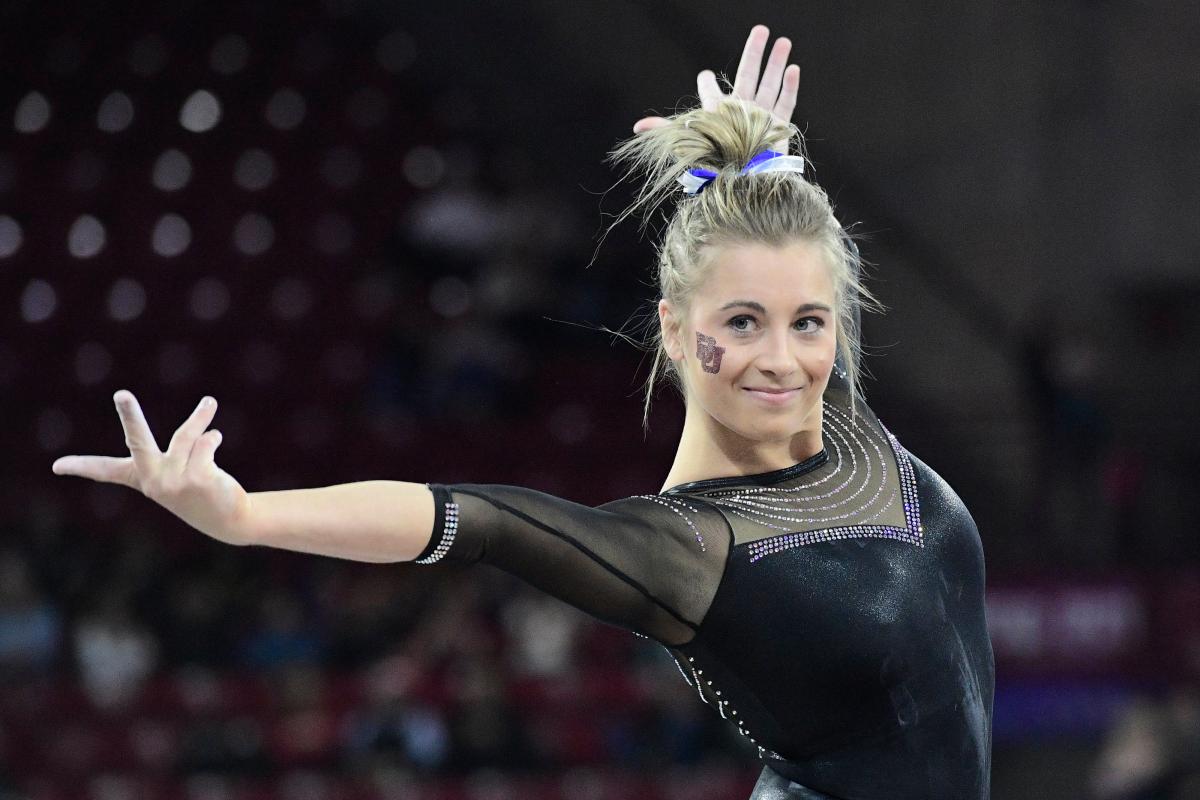 It’s been nearly eight years since Maddie Karr first set foot on the University of Denver campus. As a freshman in high school, the Stillwater, Minnesota, native was already one of the most sought-after gymnasts in the country. She could have opted to compete for any school, but it was after that high school visit to DU that she made up her mind.

“Denver was automatically my No. 1 choice, with or without gymnastics,” Karr says. Competing for a perennial top program was important to her, but not as vital as finding a school that met her academic expectations.

“If you weren’t playing your sport, would you go there? That’s what I ask people. The quality of education and the small class sizes were big factors in my decision,” she says. “Gymnastics was just the cherry on top.”

Once Karr arrived on campus, it was clear why she was one of the most prestigious recruits in DU gymnastics history. As a freshman in her collegiate debut, she won the all-around, vault, beam and floor titles. A month later she posted her first 10.0 on vault. And at the NCAA National Championship, Karr finished ninth in the all-around, then the highest overall finish at nationals in program history.

Over the next three years, Karr continued to shatter individual and program records at the University of Denver. However, it’s her performance this season, her final year for the crimson and gold, that has been her most impressive, cementing Karr’s stature as one of the most successful gymnasts in a program chock full of successful gymnasts.

This season, she tied DU’s all-time record score in the all-around (39.775); she became the Pioneers’ record holder for most individual career titles (106); and she tied her career highs on all four events. Twice this year she has scored a perfect 10.0, and on four occasions she has posted a near-perfect 9.975.

“Knowing that each routine is one routine closer to the end, obviously I’m trying to make the most of every single routine that I do,” Karr told the DU Newsroom before the season was halted by coronavirus shutdowns. “This is the best my body has ever felt, and it’s allowed me to peak at the right time.”

But that’s all Karr has to say about her individual performance. For her, it’s all about the team. “We do such a great job of working and growing together, and that’s always the No. 1 priority every single year,” she says.

The team has grown since Karr’s arrival in 2017. After failing to advance past the NCAA semifinal round her first two years, the team peaked when she was a junior, finishing in fourth place at the NCAA team final and ending the season ranked No. 4 in the nation and shattering the program record for highest final ranking (previously ninth in 2017).

“Going to the Final Four as a team will forever be the highlight [of my career],” she says. “It still brings me to tears, looking back on the pictures and the pure joy on all of our faces when the dream became true.”

The Pioneers were poised for another big finish this season, and DU was a host site for the NCAA regionals. That all changed a week before the postseason when the NCAA canceled all winter and spring sports due to the COVID-19 public health threat.

“Missing the Big 12 Championships and the NCAA regionals at home is definitely a tough pill to swallow,” Karr says. “I was looking forward to the postseason because I was doing the best gymnastics of my career, and I love to compete. I’m sad I couldn’t have that one last meet in Magness.”

With the season’s sudden end and with coursework moving online, Karr returned home to finish her senior year. This June she will graduate from DU with a degree in business information and analytics from the Daniels College of Business. She already has a job lined up with Deloitte, working in the company’s government and public service sector.

For now, Karr wants to step away from gymnastics and take a break, but she’s not planning to go far.

“I’ve already bought my season tickets for DU gymnastics for next year,” she says. “I will still be around in the stands and supporting the program. They’ve given me so much, so now it’s my turn to give back. It is simply the best collegiate women’s gymnastics program in the country, and I will definitely walk away as a very proud alumna.” 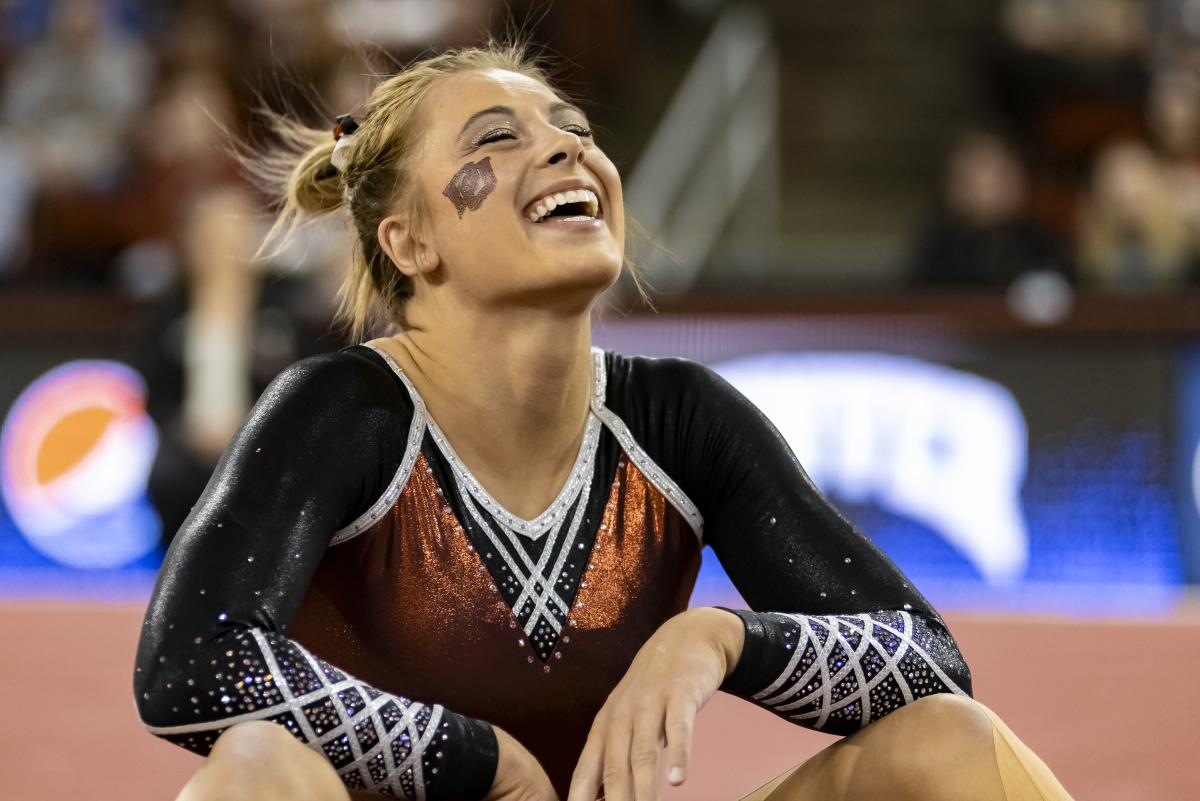 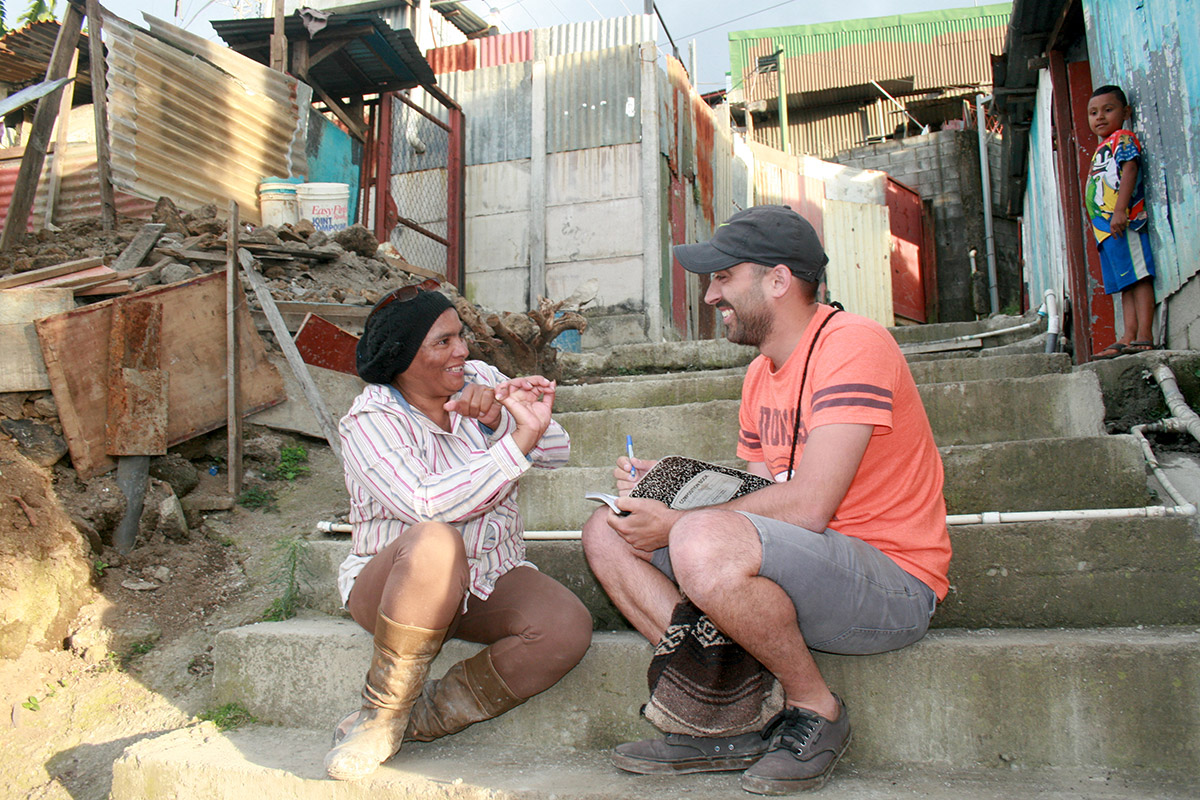 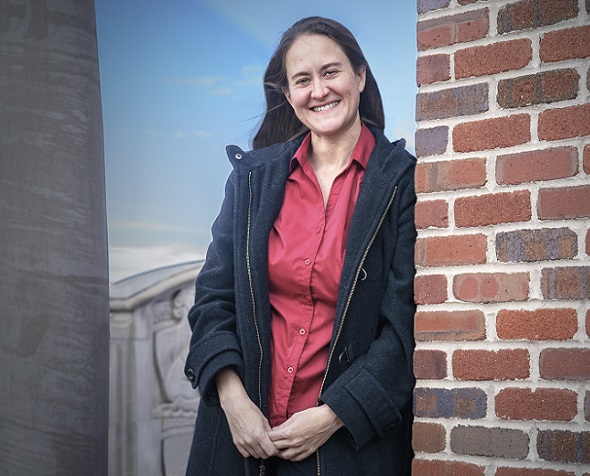 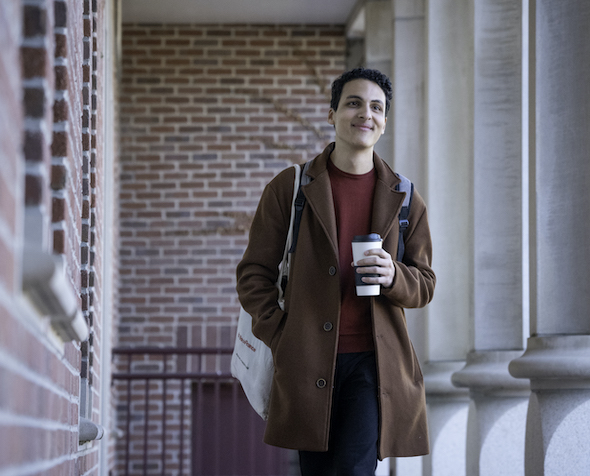