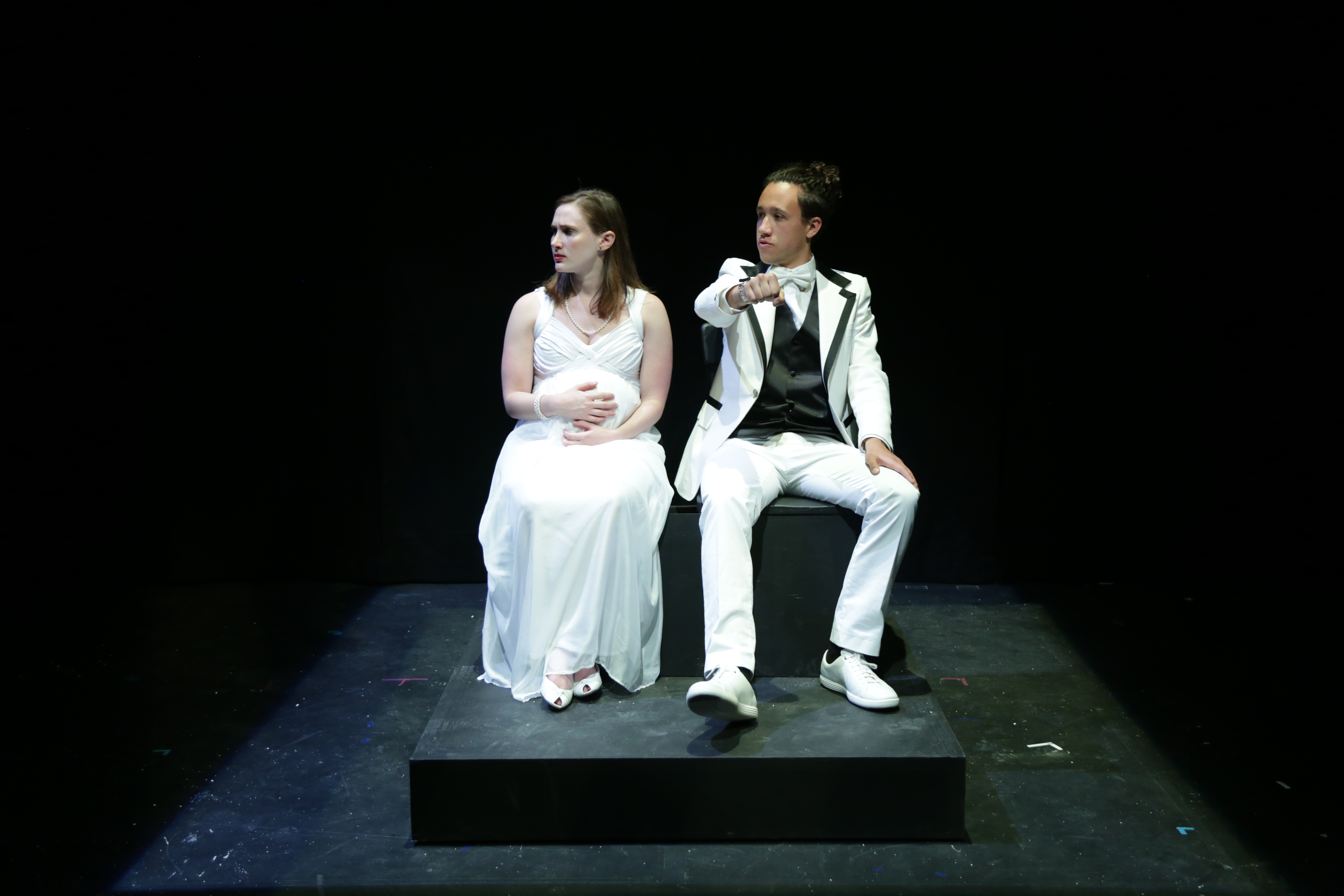 This year’s festival features the work of 13 student directors — the largest group the department has seen — showcasing their productions over two cycles. With the first cycle already complete, the remaining seven seniors are embroiled in final details, as they ready themselves for their May 24­–27 run.

On paper, the assignment is a bear: Produce and direct a 10-minute play from nose to tail on a $500 budget, all alone. In reality, the senior productions give students the chance to create something all their own, using the knowledge they’ve amassed over four years at DU.

Cycle one saw senior Anthony Adu turn a blank stage into the scene of a murder as he explored entrenched racism through Neal Bell’s “Drive.” For Joseph Morrison, that same stage became an all-night diner, and the springboard for a romantic spark, in Bob Krakower’s “4 a.m. (Open All Night).”

The capstone production kicks off in the junior seminar course students take the year prior to the festival. There, they learn the ropes, and by January of senior year, they have chosen a play and the marathon begins. From stage design, to casting, to lighting and acquiring play rights, the students handle it all, with plenty of help from their peers and a guiding hand from faculty members. 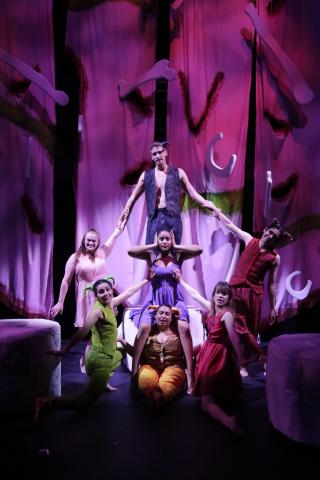 While seniors attend to the details of their own productions, they also are lending their talents to others. For example, senior Meagan Traver, whose rendition of David Ives’ “Sure Thing” makes its debut during cycle two, spent cycle one as a set designer for fellow students. “It’s a huge collaboration,” Traver says. “As much as we have our own individual capstone, it feels like we have a 13-person group project sometimes.”

Juggling multiple roles on multiple projects forces students to come face-to-face with lessons in time management. But, McDonald says that’s just one of the many challenges students confront with the capstone productions. “These are grown-up, marketable skills,” he says. “It’s not just people problems; it’s engineering problems, and sound problems, and light problems and budget problems — how-to-fit-10-pounds-of-mud-into-a-five-pound-sack problems.”

And when the shows are over and the last set piece is discarded, McDonald says there’s a clear reason the department dedicates a third of its year and a third of its resources to one project. “It’s synthesis dammit,” he says. “You take all of the processes you’ve learned and all of the things you’ve done, and bring it down to a point where you can show that you are a doer and not just a learner.”

With her capstone production just days away, Traver is alight with a jumble of emotions. “It’s something that has been on paper for so long, so being able to see it up on its feet and see it fully realized is something I haven’t quite grasped yet,” she says. “I am taking away a huge sense of accomplishment in that I feel so much more capable than I did four years ago.”

And really, that’s all McDonald wants to hear at the end of every festival cycle. “Ultimately, the goal is that the kids say they learned a lot,” he says. “They come in, they make magic and then move on.”

The idea of showcasing magic is one other departments and schools, especially those in the arts, gravitate to as well. With the academic year coming to a close, 15 seniors and 36 graduate students in the Lamont School of Music are displaying their work in final recitals. The school also will feature the talents of its symphony orchestra and choirs in a performance of Mozart’s “Requiem” at 7 p.m. on May 31 in the Gates Concert Hall.

Meanwhile, the Shwayder Art Building will come alive on May 17 with three different shows displaying the work of seniors in the School of Art and Art History. The exhibitions feature art by students working toward their bachelor of arts and bachelor of fine arts degrees, as well as works by students studying emergent digital practices.