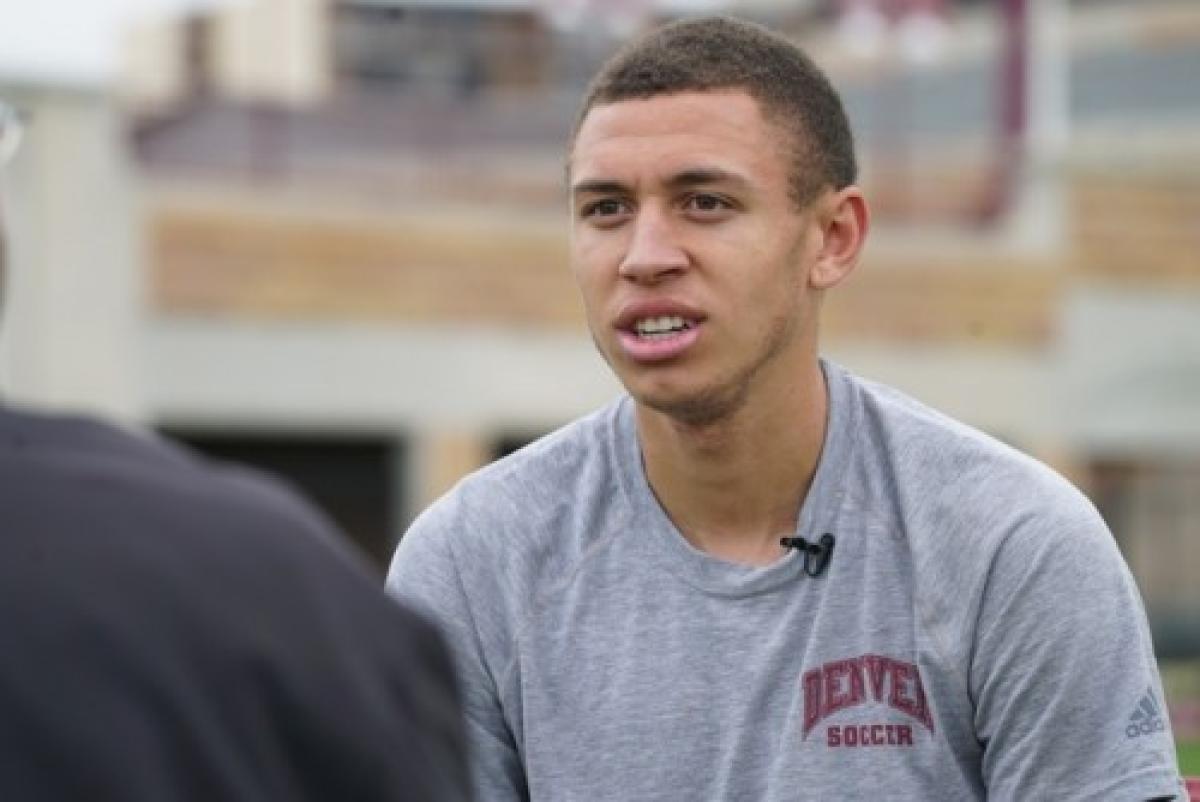 University of Denver standout soccer player Kortne Ford has signed a contract with the Colorado Rapids. The three-year starting centerback is a two-time All-Summit League First Team selection and was a Top Drawer Soccer Second Team All-America selection in 2016.

“It’s a dream come true and I hope that I can make it a long-lasting career, but at the end of the day this is what I want to do,” Ford said last Friday after signing his contract. “I want to make it a career. I want to put food on the table for my family.”

This past season, Ford led a Denver back four that finished third in the country in goals against average (0.52), third in shutout percentage (0.58) and did not allow a shot on goal in five matches. Ford scored five goals, including game-winners against Saint Louis and in the NCAA quarterfinal contest against Clemson.

Ford came to the Colorado Rapids Academy in 2012 and played for the U-16 and U-18 teams before joining the Rapids Reserves during the 2013-14 seasons. Ford’s signing marks the second consecutive season that a Pioneer has signed a homegrown contract. Last year, Jordan Schweitzer signed with the Seattle Sounders.

“We are obviously thrilled when kids can reach their goals and their dreams and for Kortne it’s to be a professional soccer player and he has said that from day one,” said head coach Jamie Franks. “What it means to Kortne is that he gets to stay in Colorado where he grew up, he gets to stay around the program, and he gets to play for his childhood club.”

To learn about Ford’s difficult journey to success on the soccer field, click here.

To hear more from Ford and Franks about last Friday’s signing, click here.