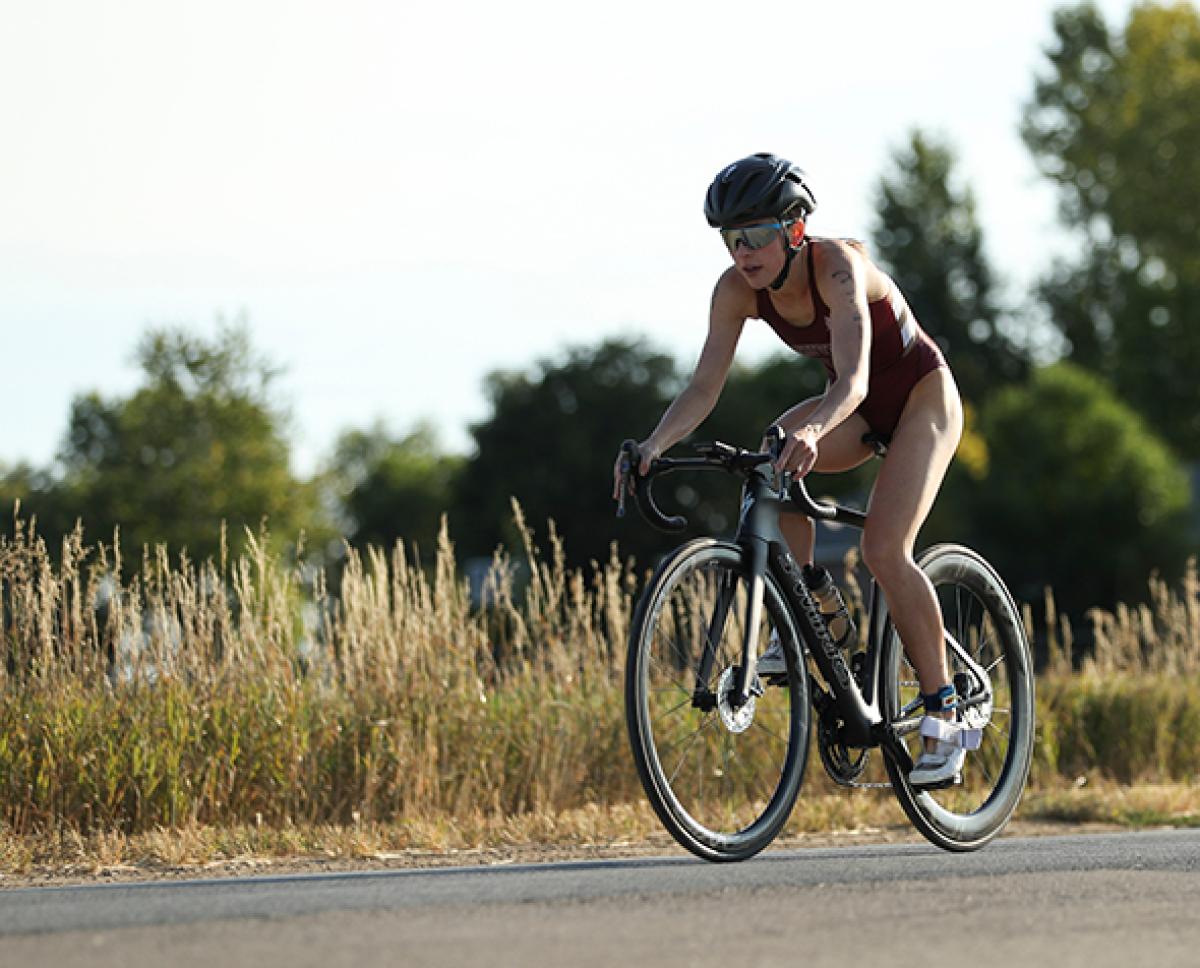 This year, they’ll also get to compete a little closer to home as they host the first NCAA triathlon event in University history on Sunday. The Mile High Relays will start at 8 a.m. in the El Pomar Natatorium, part of the Ritchie Center for Sports & Wellness, then continue at the Denver Soccer Stadium and around the adjacent sports fields. The event follows the Oktoberfest Sprint in Longmont on Saturday morning.

The team, in only its third year competing at the NCAA level, will be back on the road soon after, chasing even more success in the three disciplines—swimming, cycling and running—that make up a triathlon.

Under the coaching of Barbara Perkins, a professional triathlete who competed with the U.S. National Team, the Pioneers found fast success. After its inaugural season was delayed to the spring by COVID-19, DU topped the team standings at two events during the 2021 fall season and had three first-year student-athletes—Freya McKinley, Olivia Ebenstein and Avarie Faulkner—earn All-American honors and place in the top 20 at the Collegiate National Championships.

Anchored by a rapidly growing core of young student-athletes, DU opened the 2022 season with a team victory at the Southern Hills Triathlon in Hot Springs, South Dakota. McKinley, now a sophomore, topped the podium and was joined by teammates Clara Normand and Elizabeth Harita.

For Perkins, there’s no better place to build a strong program with championship ambitions.

“Colorado is a natural place for triathlon,” she says. “Athletes already live, train and compete here, so to get in on the ground level in the sport, to be at the very beginning of it, has been great. It’s a growing process over the last year and people might’ve not expected us to do as well as we did, but we had a great first full season. Now we’re working on building our traditions and trying to become a powerhouse.”

The state of Colorado and the University of Denver hold the same appeal for student-athletes. McKinley hails from The Highlands, Texas, where she was twice a high school All-American. With the added elevation, outdoorsy lifestyle opportunities and a quality coach like Perkins, DU was a perfect fit.

“I can safely say Texas doesn’t compare to Denver,” McKinley says with a laugh. “The views, the weather, the opportunities for competition and the places you can train. I came out here for a visit and instantly fell in love with the lifestyle. I couldn’t have picked a better place for it.”

With the multifaceted nature of triathlon, the training is equally varied, with up to three different practice sessions per day. Athletes begin each weekday swimming as a team, sometimes as early as 6 a.m., which McKinley jokes is “a great way to wake up before class.”

After a rigorous academic schedule, student-athletes spend their afternoons and evening hours training on land. Sometimes, the team begins with biking, followed by a run. Other times, the running is accompanied by lifting.

Beyond academic and athletic excellence, Perkins has fostered a strong sense of team chemistry. While training during the early mornings and late evenings can build camaraderie, Ebenstein says many small moments make her experience great.

“There are so many simple moments,” she says. “We’ll drive up to races and we’ll have full-blown rap battles in the back of the car. We’re roasting trays of vegetables every other night together as a team it’s a ton of fun. It’s super small things like that that help me realize that these people are not just my teammates. They’re really good people, and they’re friends for life.”