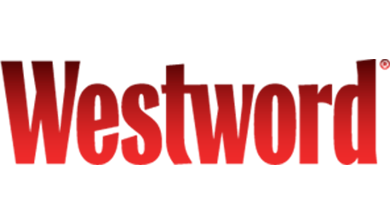 In the Best Sophomore Novel by a Colorado Writer category, the alternative newsweekly recognized alumnus Steven Dunn (BA ’14), whose second novel, “water & power,” is based on his experiences in the Navy. Dunn’s debut novel, “Potted Meat,” which was nominated for a 2017 Colorado Book Award, was inspired by his childhood in an impoverished West Virginia town.

Another DU alumnus was honored by Westword in the Best Neighborhood Retail District category: Stanley Marketplace, founded by Mark Shaker (MBA ’11), was praised for its strategically planned mix of businesses, “from barbecue to bagels and beer to boutiques, not to mention a yoga studio, nail salon, cooking school, co-working space, restaurants and countless other amenities.”

Two DU alums were recognized for their contributions in food and drink: Adam Schlegel (BSBA ’99) and Denver chef Alex Seidel nabbed a Best Fast-Casual Concept nod for their new charcoal-broiled chicken restaurant, Chook, while the Denver Milk Market food hall, owned by restaurateur Frank Bonanno (BSBA ’90) was honored as Denver’s Best Chicken-Pizza-Crepes-Ramen-Poke-Sandwich-Pasta-Seafood Restaurant. “Every bite of fried chicken, every slurp of soup, every stacked sandwich comes from the mind of one of the city’s most prolific restaurateurs,” Westword writes.

Alumni also were recognized in the awards’ Readers’ Choice section, where Park Burger — whose president is alumnus Peter Newlin (MBA ’11) — was called out for best hamburger and best French fries, and the Best Fast-Casual Concept award went to Chop Shop Casual Urban Eatery, co-owned by Christian Anderson (BSBA ’05) and Derek Nelson (BA ’04). Adam Schegel was honored once again as Snooze — founded by Adam and his brother Jon Schlegel (BSBA ’97) — was named by readers as Best Breakfast Spot, and Nocturne, owned by Nicole Mattson (BSBA ’03, MBA ’12) and her husband, Scott, was hailed by Westword readers as the city’s Best Jazz Club.